A crowd of movie lovers turned out for Huntington High School’s thirteenth annual film festival at Cinema Arts Centre. The audience was treated to 22 short films over the course of one hour, including some especially impressive works by an experienced group of students.

“The film festival was a huge success,” said teacher Heather Swan, who heads Huntington High School’s video arts program. “My students and I have been looking forward to this event all year. We presented to a theatre filled with family, friends and community members who thoroughly enjoyed themselves.”

This year’s film festival garnered positive reviews from just about everyone in the crowd. The films shown were well-crafted, witty and intriguing, stimulating much discussion afterwards in the lobby.

“I personally really enjoyed the film festival and I heard a lot of others saying the same,” said senior Jack O’Brien, who showed a pair of his highly regarded films. “Not only was it really educational and inspiring, but it was so nice being back in the theater this year. It was cool seeing the other films as well.”

Junior Danielle Mendikyan showed several of her films, including a documentary about her parent’s business titled, “Crepes and Bakes,” which captured everyone’s attention, including Huntington Superintendent James W. Polansky who was in the crowd along with high school Principal Brenden Cusack.

“The film festival was a huge success,” said senior Ally Kustera, who showed four of her sensational films. “It’s so lovely to hear a live audience’s reaction to the work we produced. Hearing the crowd’s laughter is such a rewarding feeling.” 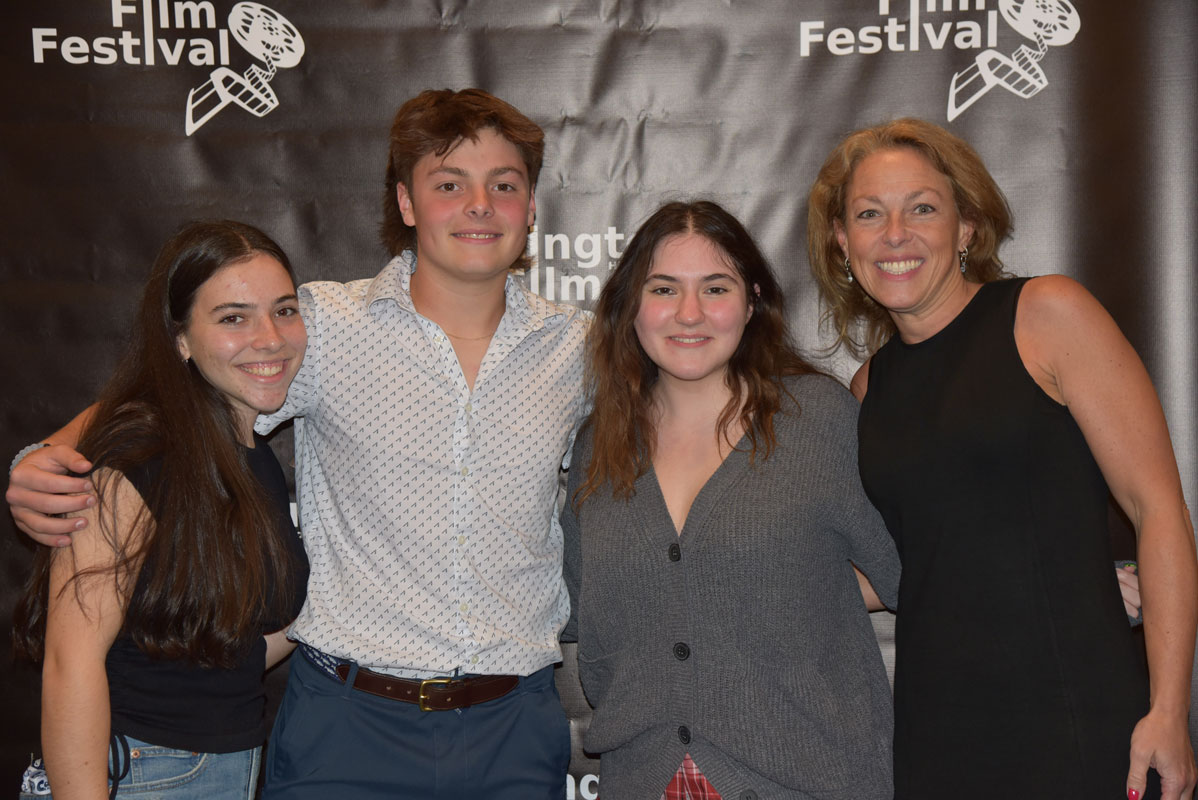 Ally and Emily Kustera at the film festival. 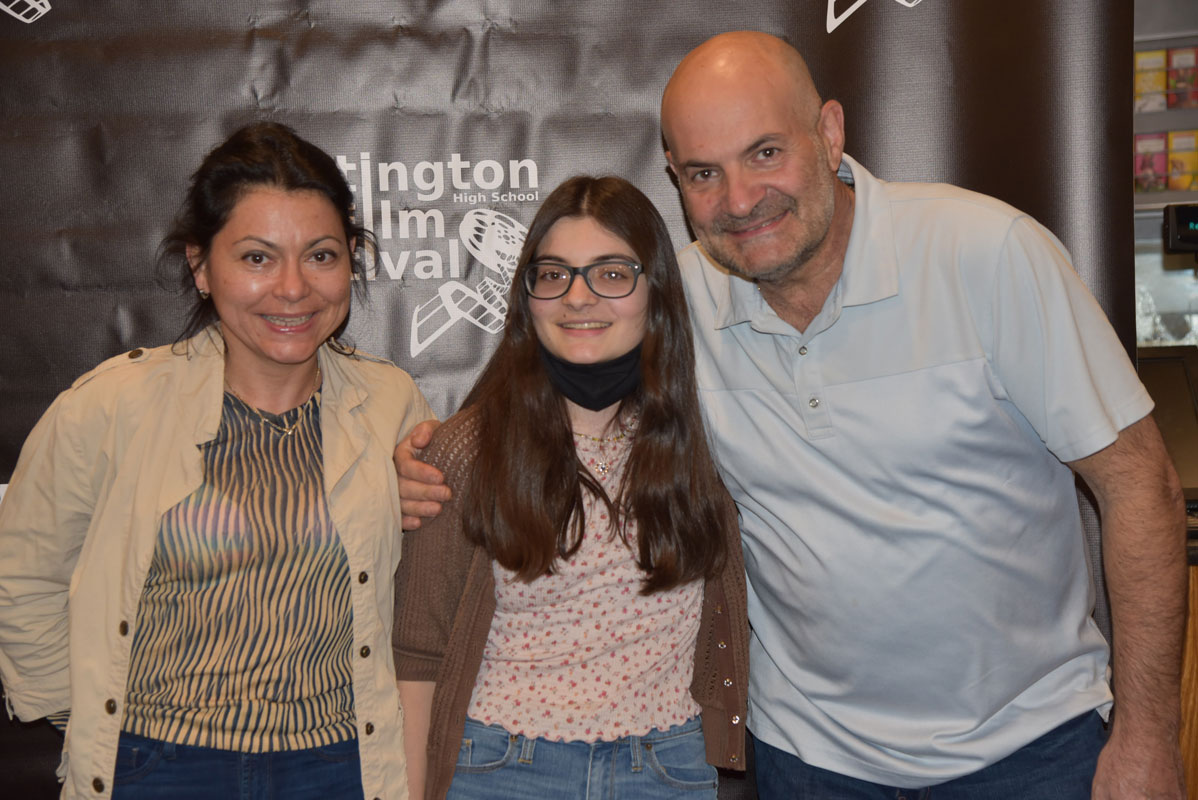 Danielle Mendikyan is flanked by her parents, Sasha and Hayk at the film festival

Ally and Emily Kustera at the film festival.

Danielle Mendikyan is flanked by her parents, Sasha and Hayk at the film festival