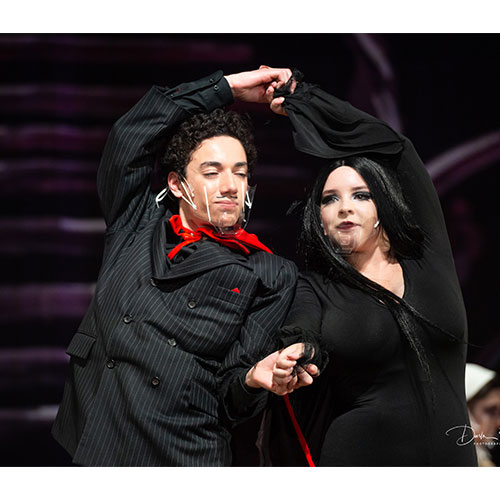 Many of the most skilled artists, musicians and actors in Huntington High School’s Class of 2021 intend to pursue academic majors in the fine and performing arts at colleges beginning in the fall semester. 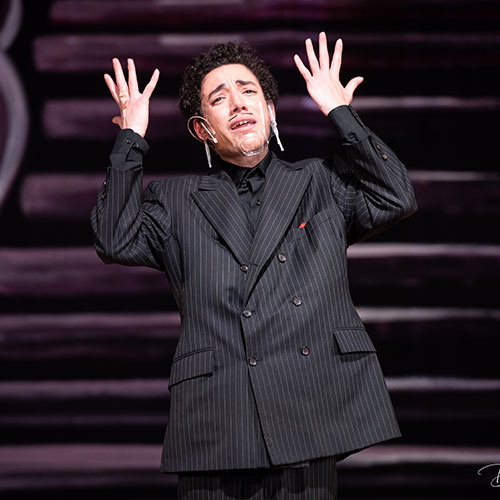 H-ton Drama Club’s The Addams Family on Saturday at 7:30 p.m.

The show must go on! The Huntington High School drama club will present “The Addams Family” virtually on Saturday night at 7:30 p.m. It will be available for viewing on the Huntington School District’s YouTube channel. 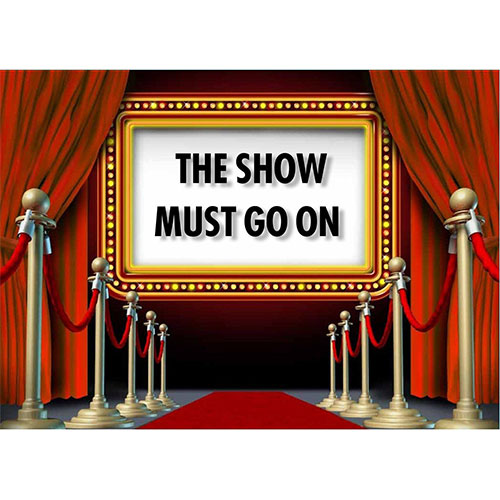 The show must go on! That’s a philosophy that the Huntington High School drama club believes in just like any serious actor or stage company. Yes, it’s still true even in the midst of the COVID-19 pandemic. 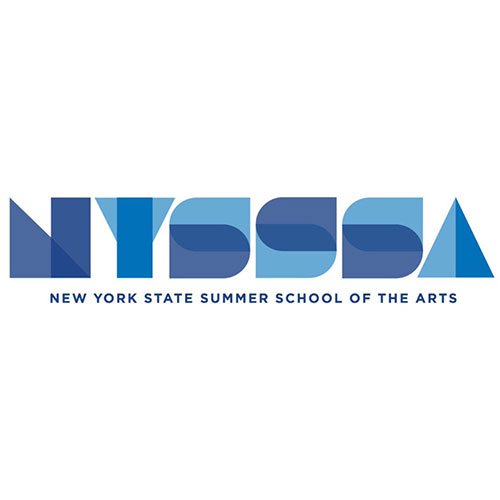 Huntington UFSD students are encouraged to apply for the New York State Summer School of the Arts, which has announced tuition will be waived this year. Applications are currently being accepted. 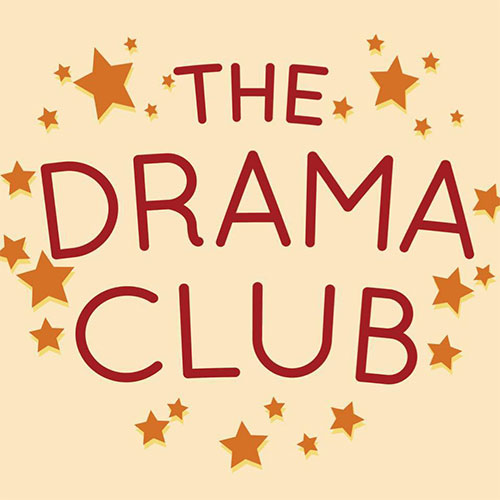 Staging a play in a virtual format is no easy task. But the Huntington High School drama club has every reason to be proud of its production of “The Diary of Anne Frank.” 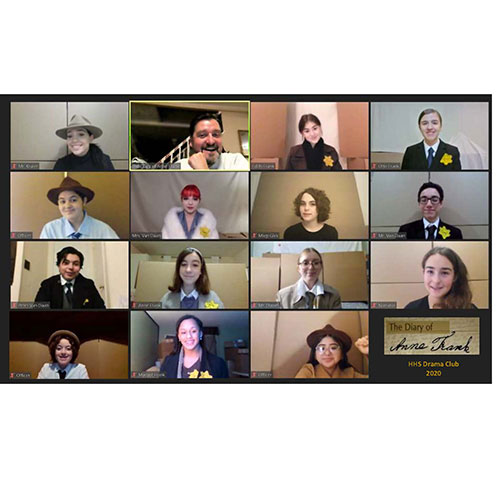 Simply nothing can stop the Huntington High School drama club, not even the COVID-19 pandemic. The group is set to present “The Diary of Anne Frank” in a virtual format. 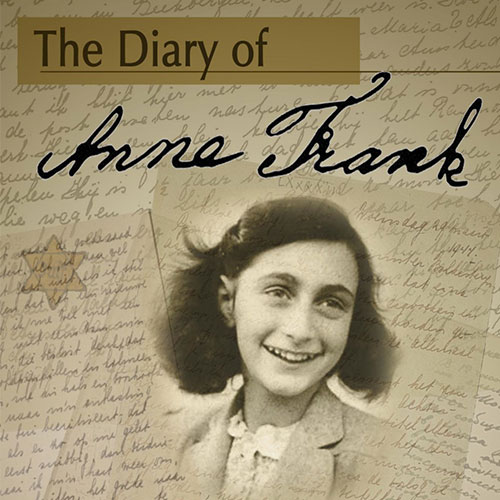 HHS Drama Club to Stage The Diary of Anne Frank

The Huntington High School drama club is going virtual until the COVID-19 pandemic subsides. The group will hold online auditions beginning this week for parts in its fall dramatic production of “The Diary of Anne Frank” by Frances Goodrich and Albert Hackett as newly adapted by Wendy Kesselman.

“The Masque,” as Huntington’s drama club was known for many years, was first organized in the fall of 1928. “The original purpose of this organization was to develop individual talent in expression and artistic ability,” according to the 1931 edition of The Huntingtonian, the high school yearbook.

The early club was led by teacher Julia E. Vail, a graduate of Ithaca Conservatory. In addition to the study and practice of acting, Miss Vail held discussions on music, the art of make-up, book reviews and the merits of European and American theatres.

In 1929, months after being formed, the club invited the community to a three act comedy called “The Youngest.” At the time, the club had a policy of presenting a single play a year. In 1930 the production was the fantasy “Prunella.” “Both of these plays were received by the students and the townspeople with acclaim,” states the 1931 yearbook.

The Masque’s symbol was “an Oriental face cut into the semblance of a charm with the letters HHS across the top,” according to The Huntingtonian. Students qualified for the charm by participating in a play production or selling at least a dozen tickets to one.

After the old high school building on Main Street closed and the new one opened at the intersection of Oakwood and McKay roads, the club name Masque disappeared and was replaced by simply Thespian. Eventually, the leading performers were nominated for membership in the National Thespian Society, the honor group for drama participants. The top Thespians teamed up with other students to stage their own production each spring and they supervised the annual Play Festival, which continues to this day.

The Masque of yesteryear is now simply known as the drama club. It stages a pair of productions each year, including a musical. There are still plenty of students eager to challenge and express themselves as each role requires. 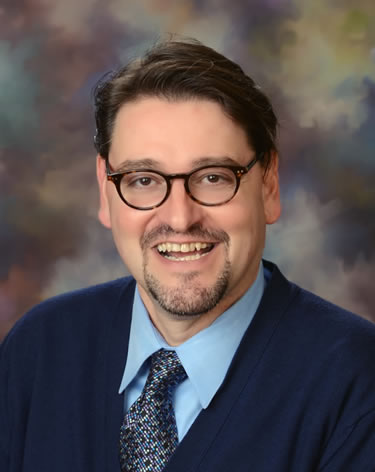 A graduate of John Adams High School in Ozone Park, Queens, Michael Schwendemann, or “Schwendy” as most students know him, earned a BA at CUNY-Queens College in communication arts and sciences and drama, theatre and dance. He obtained a Master of Fine Arts from the University of Alabama.

Mr. Schwendemann worked as an adjunct faculty member at Long Island University-C.W. Post College in the department of theatre, dance and film from 1996 to 2001. He was in Huntington during parts of 2001-2003 performing outreach for the National Shakespeare Company, but he never envisioned himself as a Huntington teacher.

“It was luck that landed me at Huntington High School,” Mr. Schwendemann said. “I was actually offered a job at Bay Shore High School, where I was student teaching, but the teacher I was to replace changed his mind about leaving. Nina Wolfe, the chair of the English department felt terrible and secured me an interview at Huntington. The rest, as they say, is history!”

Mr. Schwendemann began working full-time at Huntington High School in January 2003 and quickly became a student favorite. He has taught freshmen English along with the elective classes Holocaust in Literature, Bible as Literature, Multicultural Literature, Public Speaking and Theatre Arts.

“I can’t imagine teaching any place else,” Mr. Schwendemann said. “From day one I was accepted into the high school community. I love my colleagues and most of all the kids. Some days they make it hard to love them, but that passes quickly. The support I have received from all parts of the administration is unparalleled.”

Mr. Schwendemann has graced the stages of the Alabama Shakespeare Festival, where he worked with Michael Emerson and Norbert Leo Butz, the Roundabout Theatre Company, The Folger Shakespeare Library Theatre with Allison Fraser, The Fringe Festival, Genesis Repertory Theatre and The New York City Opera. He is currently a member of the Airmid Theatre Company with whom he recently performed two shows of Susan Glaspell’s “Trifles” starring Margaret Colin at the newly renovated Suffolk Theatre in Riverhead.

As the faculty advisor to Huntington’s Class of 2006 and Class of 2010, Mr. Schwendemann maintains fond memories of those particular groups of graduates.

The drama club continues to energize the veteran educator. “The club has given me more happy memories than I can count,” Mr. Schwendemann said.

Modern Drama trains audiences for contemporary theatre. Through the examination of plays and the possibility of attending performances, students are brought to the awareness that audience plays a crucial and critical role in bringing a play to life. A final research project is required. Beginning with the 2015 – 2016 school year, this course is no longer NCAA approved.

THEATRE ARTS B: PLAY IN PERFORMANCE – Seminar or Elective - Course #176-B

NOTE: This course may be taken only once. Students in grades 10, 11, 12 may take this course as an elective.

This highly popular course develops students’ skills in theatrical performance. Through improvisation and scene work as well as study of theory and utilization of games and exercises, students explore their potentials as actors, gain poise and self-awareness. Students must keep an Actor’s Journal. Students will take children’s theatre scripts off the page and onto the stage. A final project will require students to perform within the school district a performance complete with costume, lighting, set and sound design. The creation of a study guide for intermediate and middle school teachers is also required. 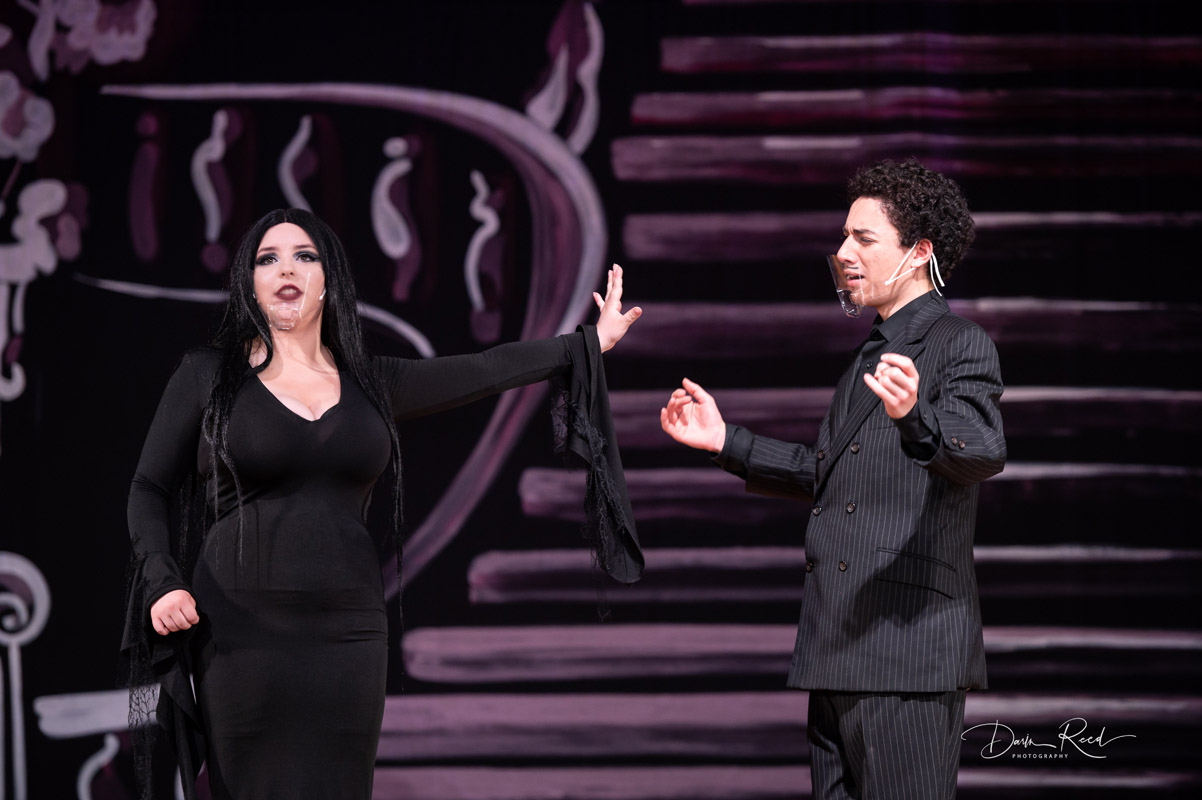 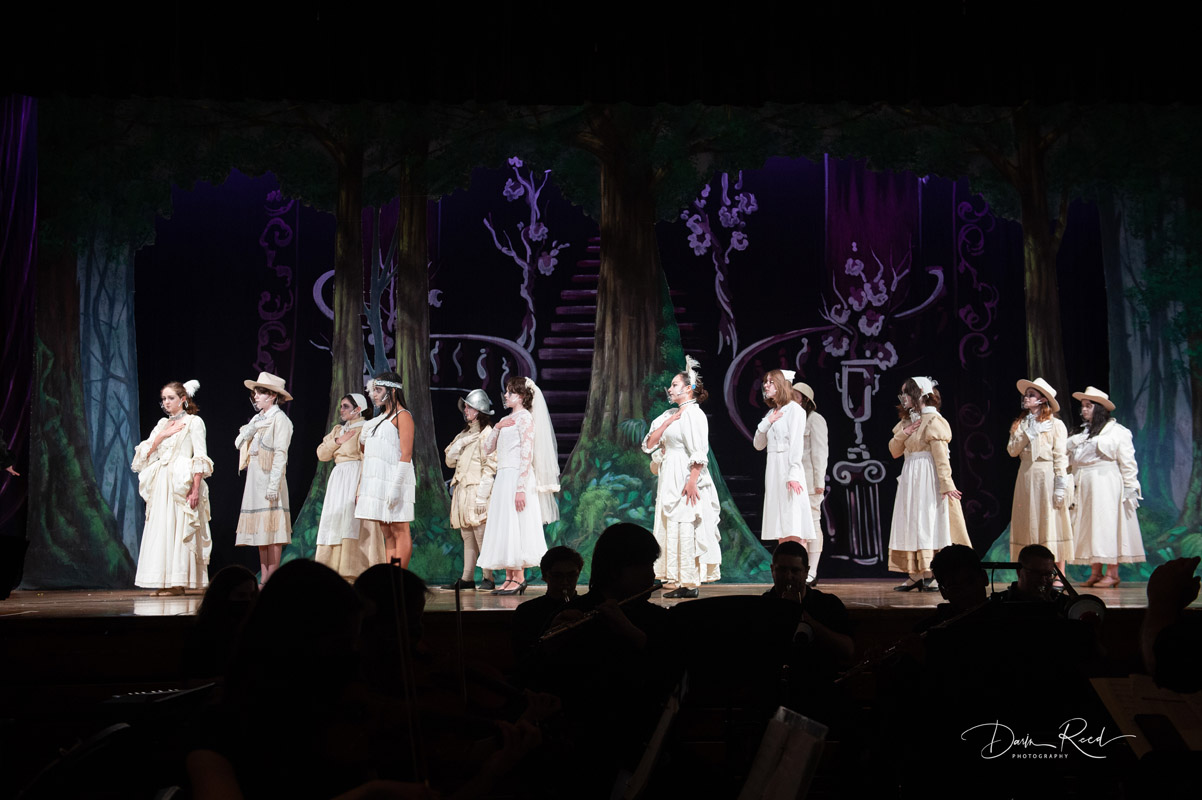 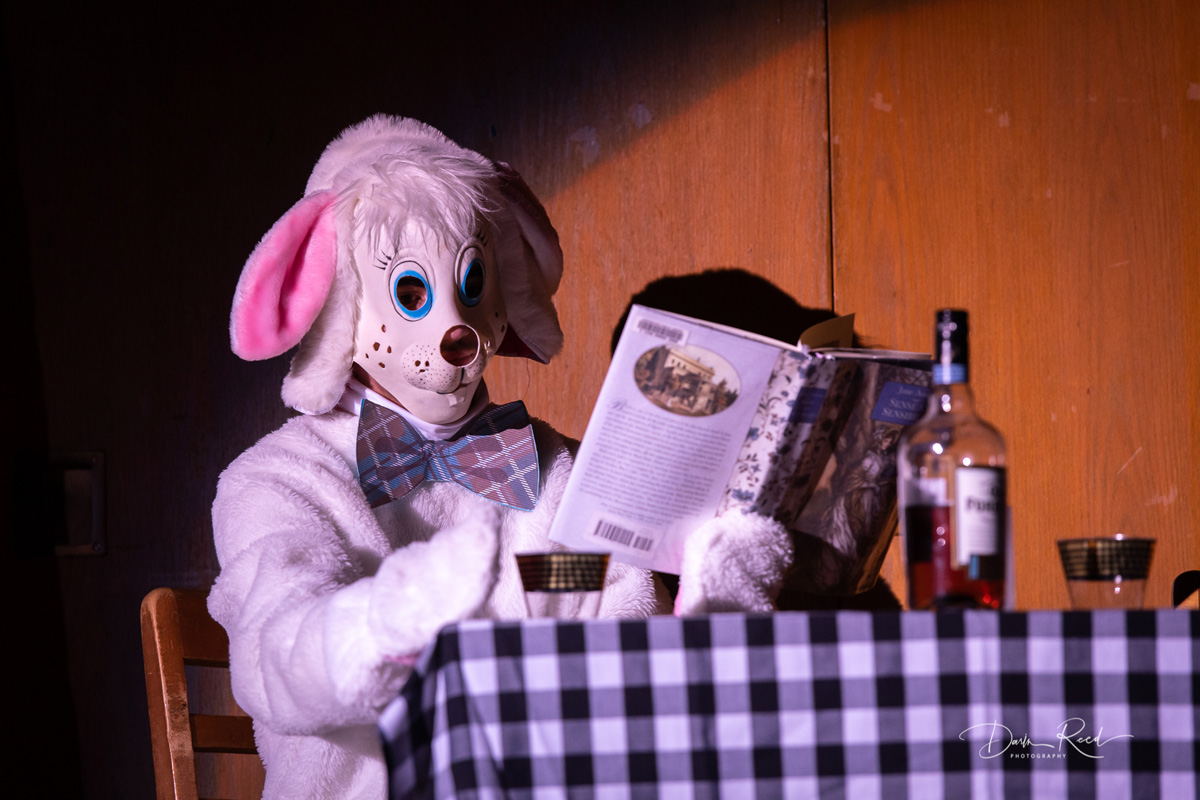 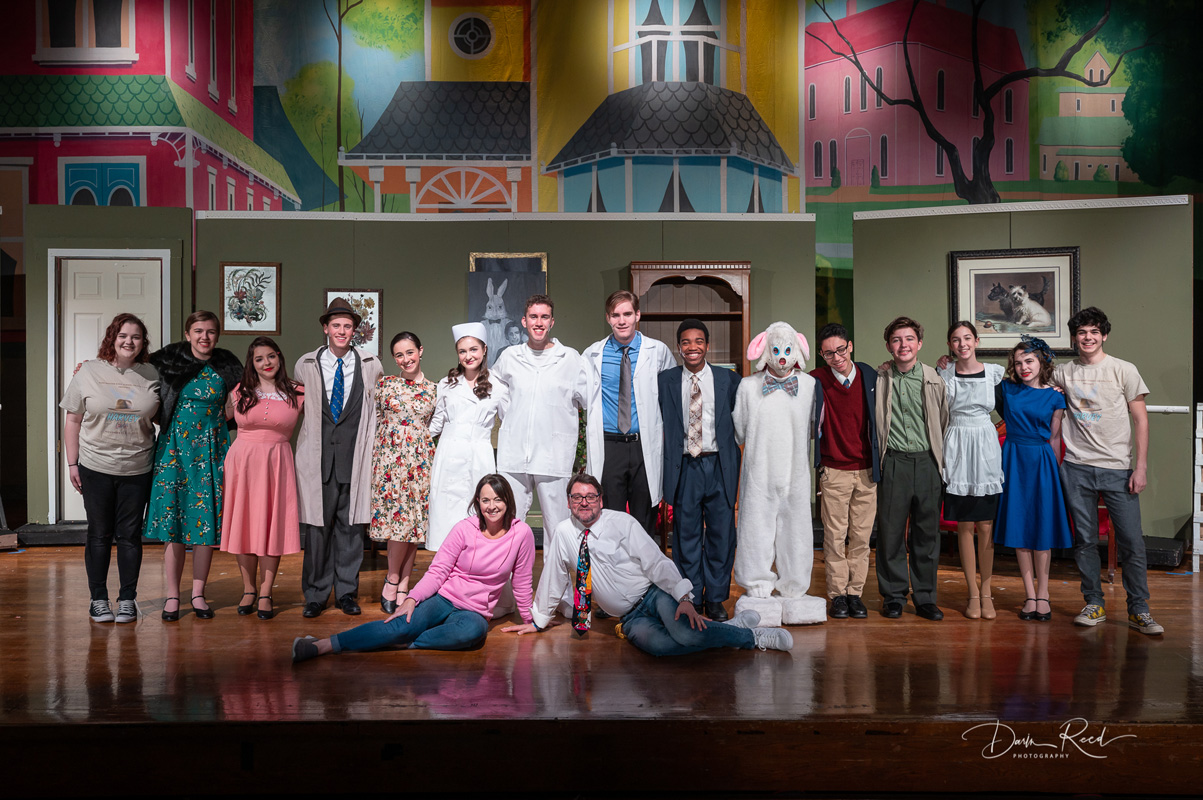 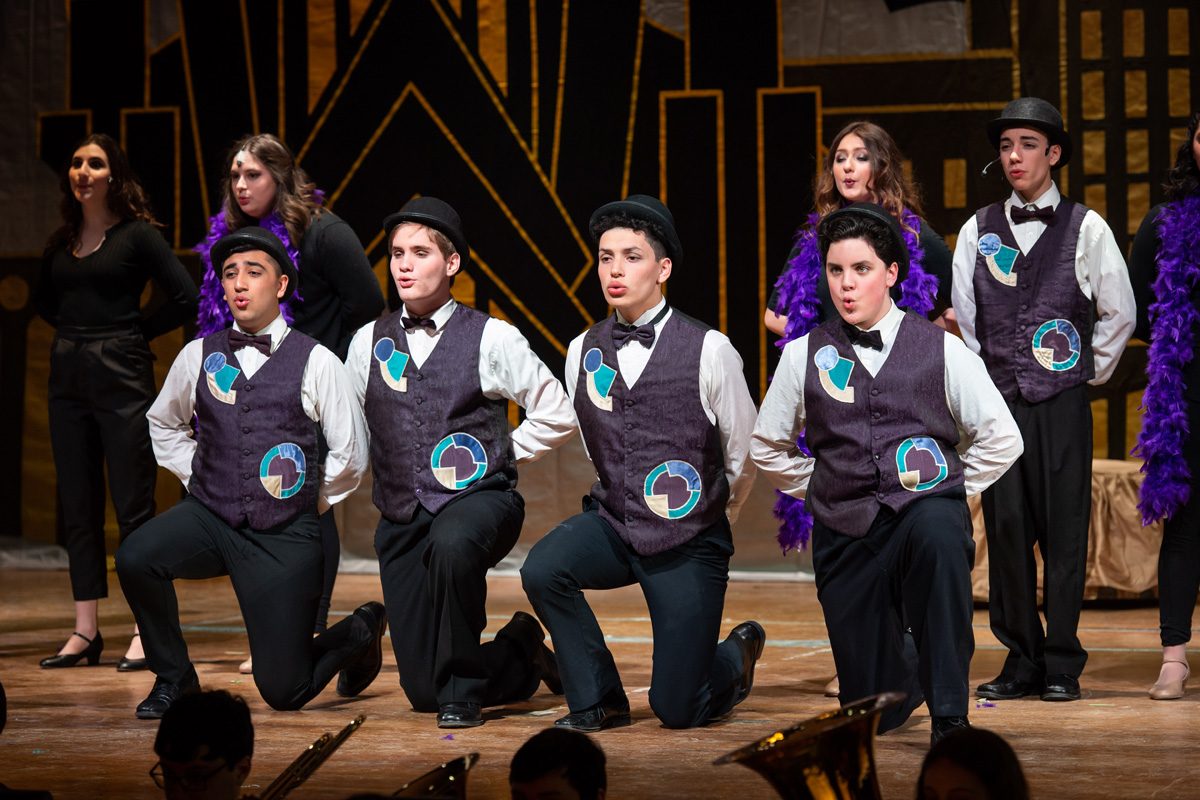 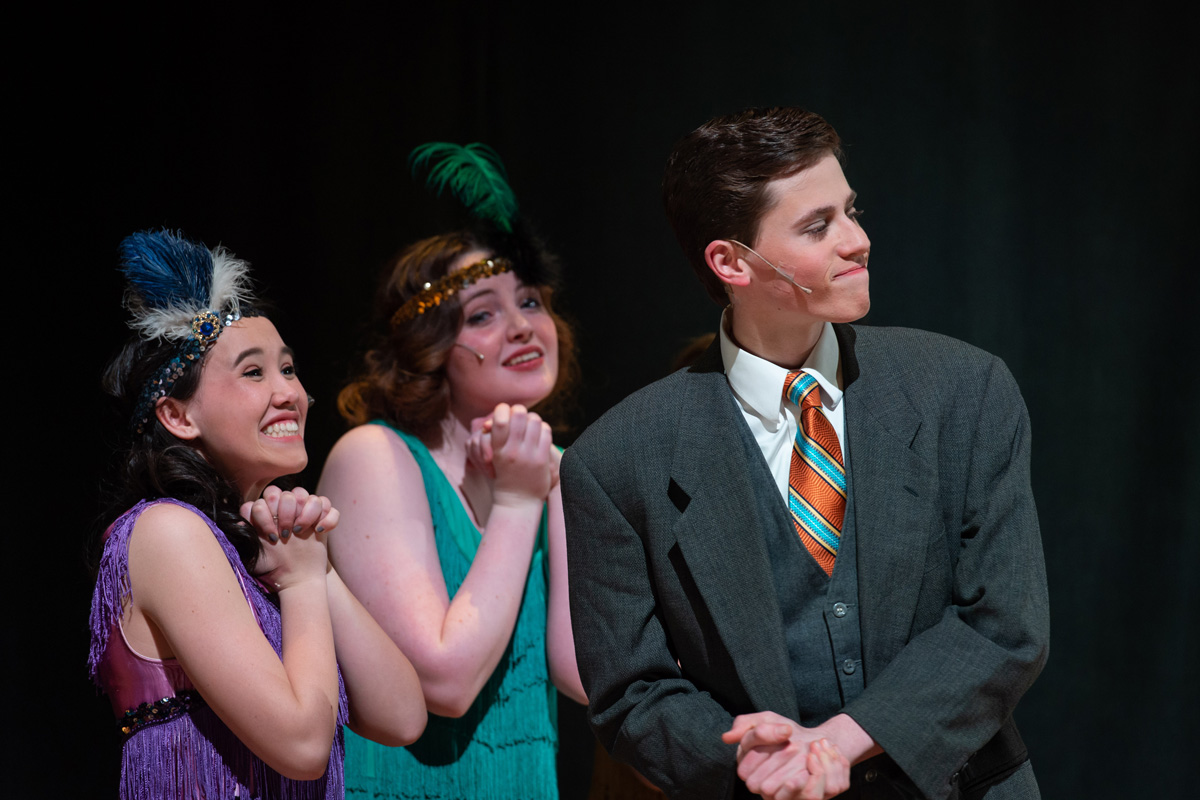 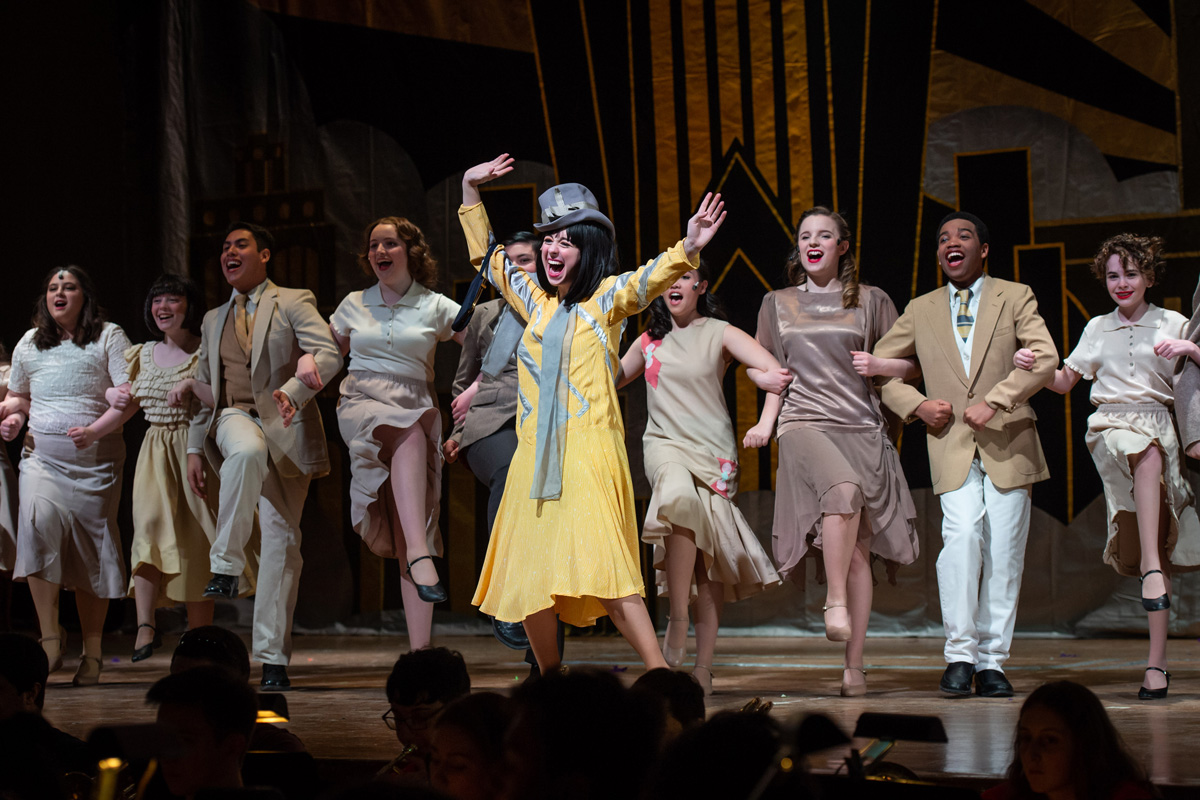 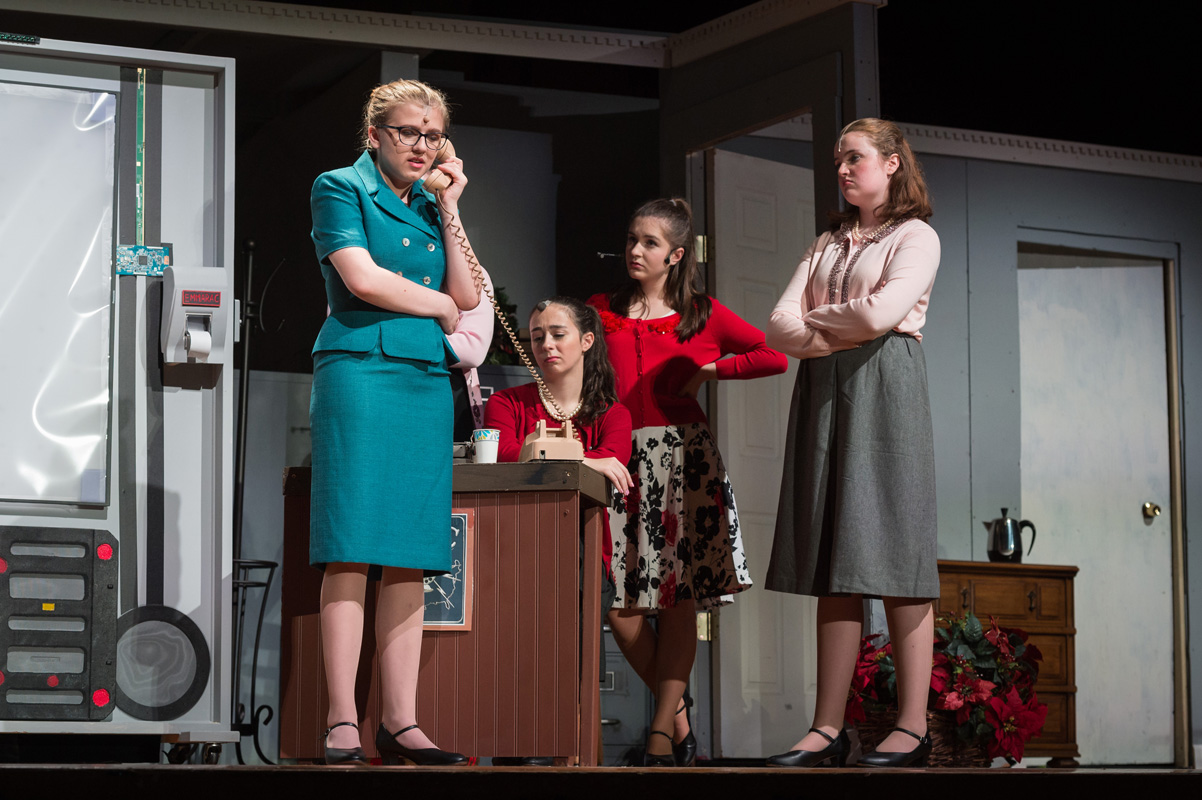 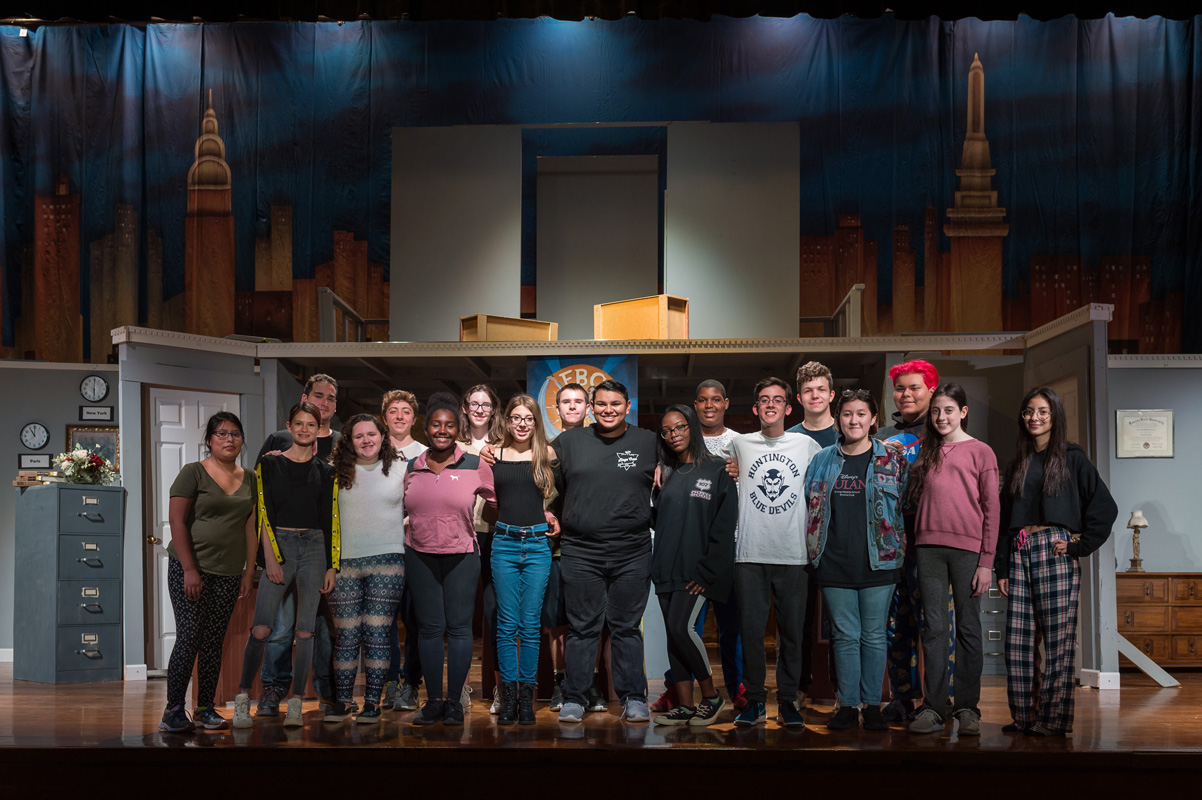 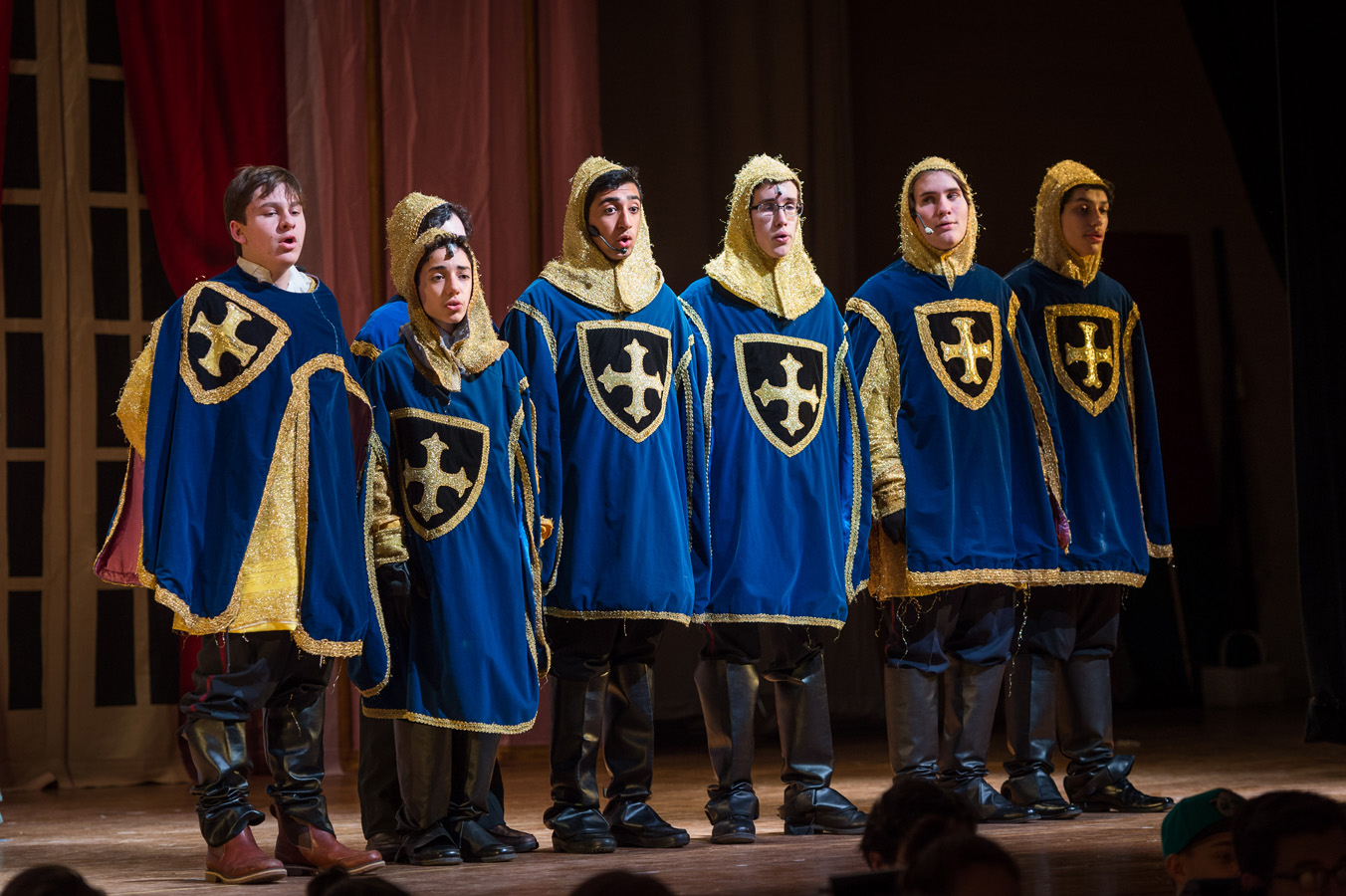 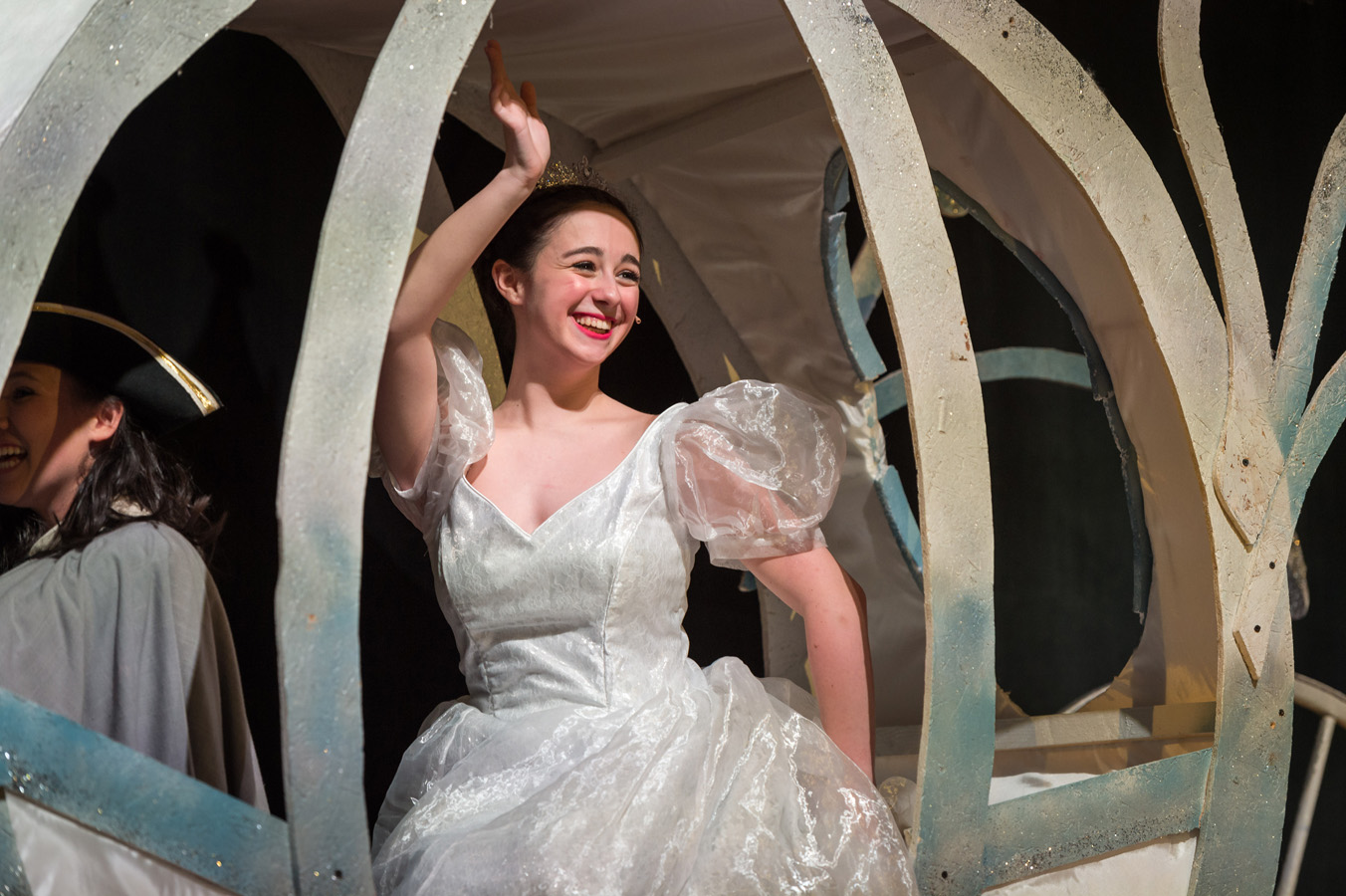 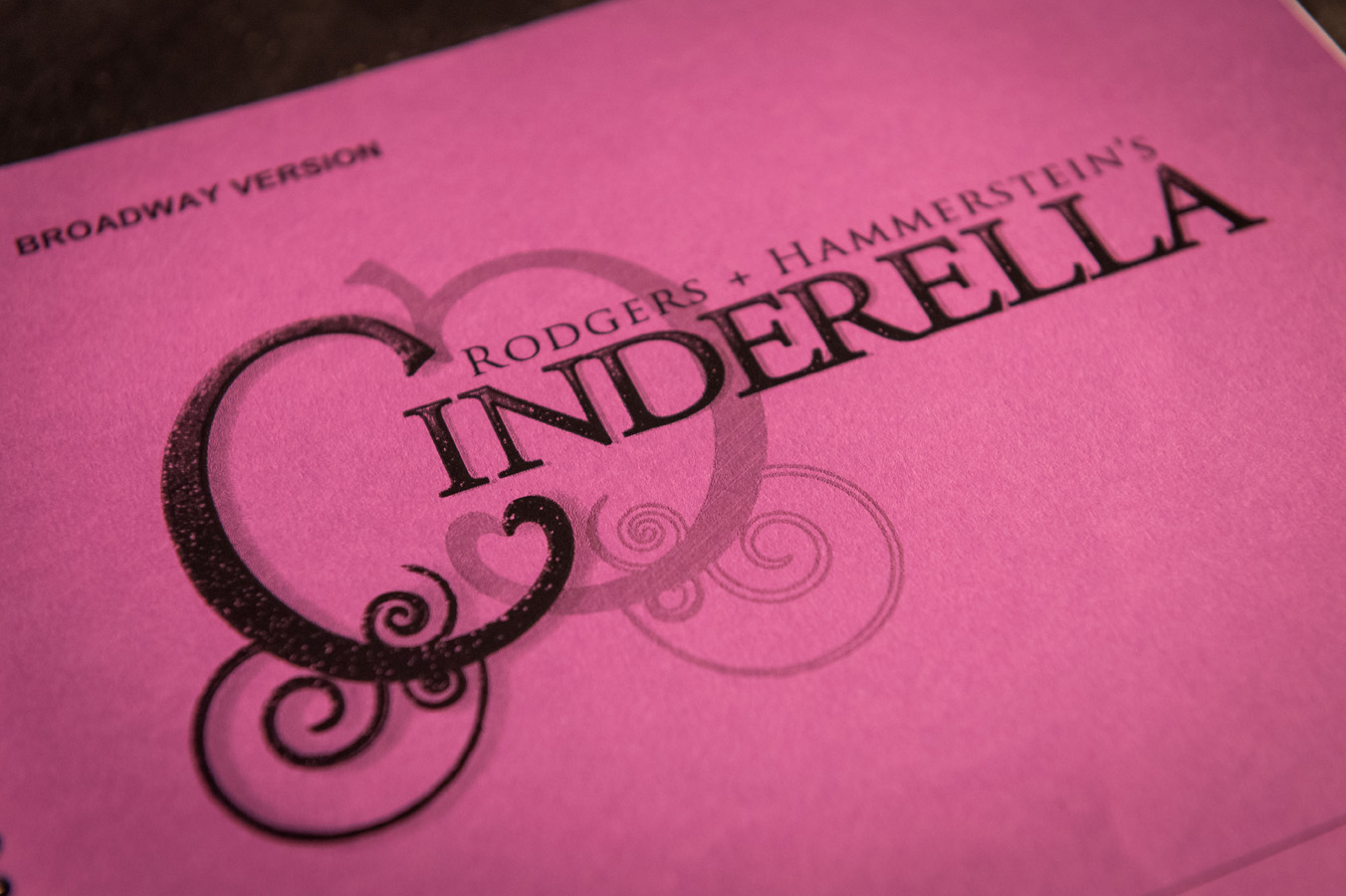 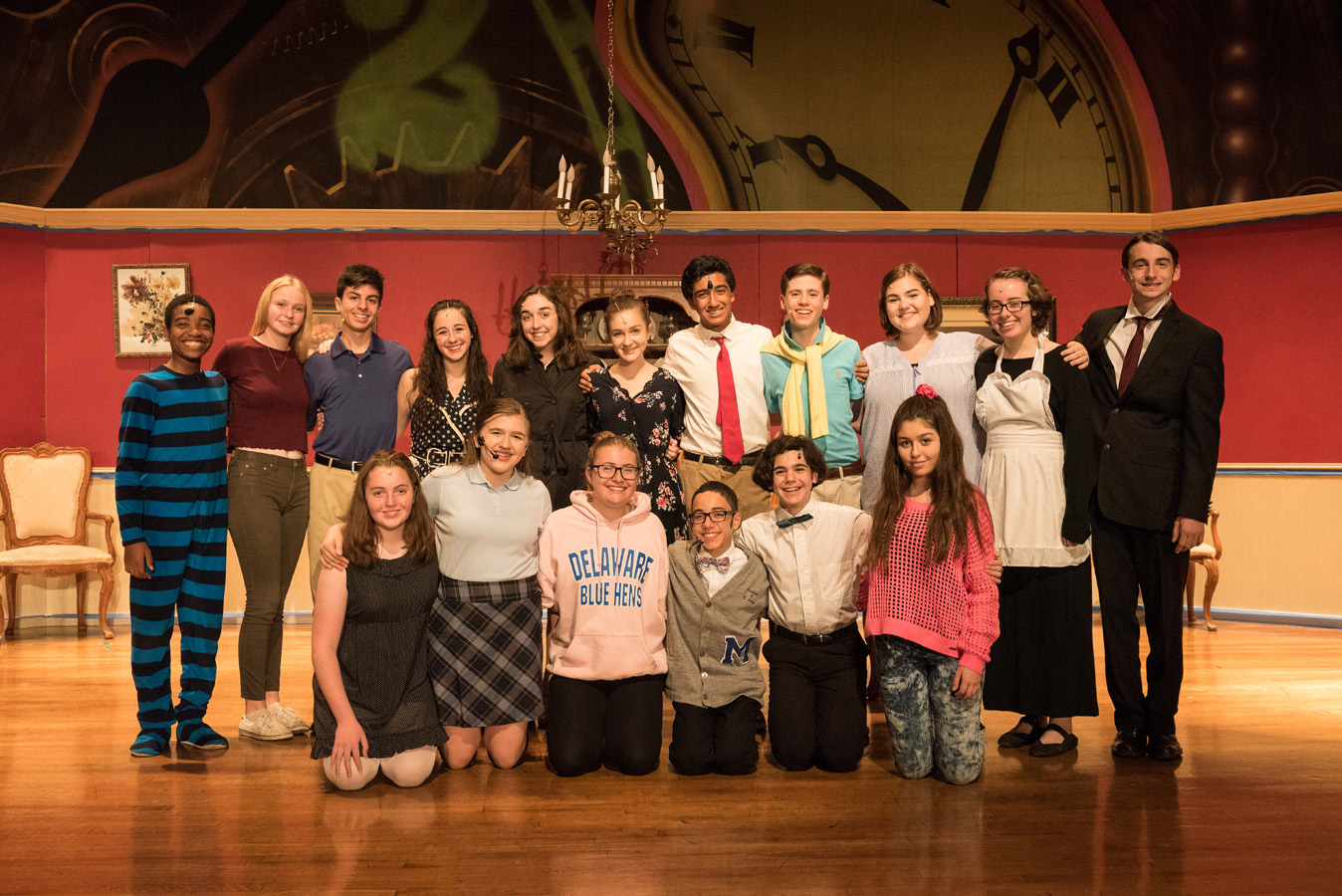 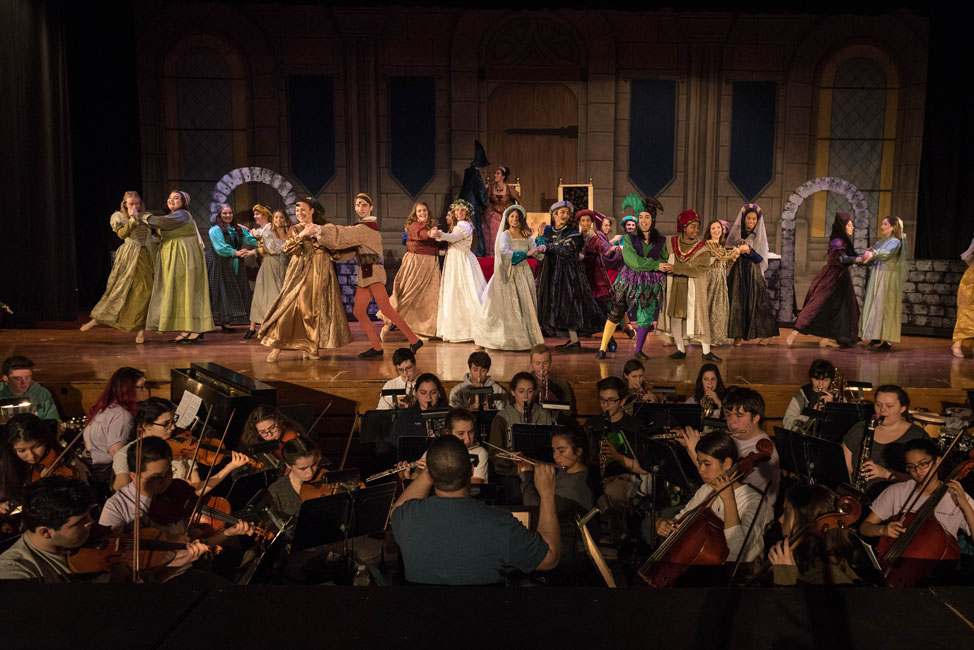 Pit Orchestra: Once Upon a Mattress 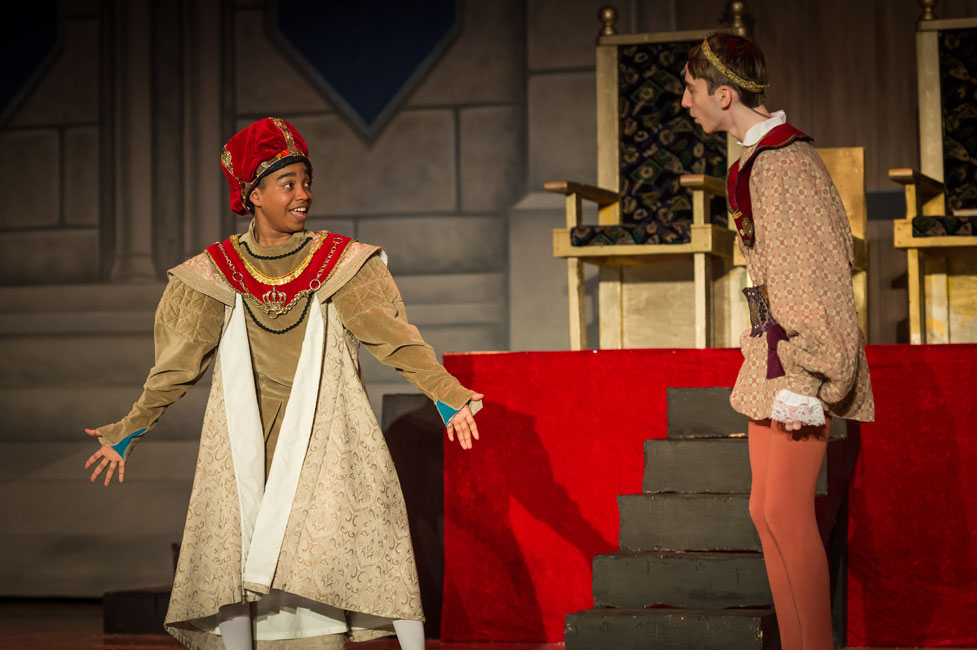 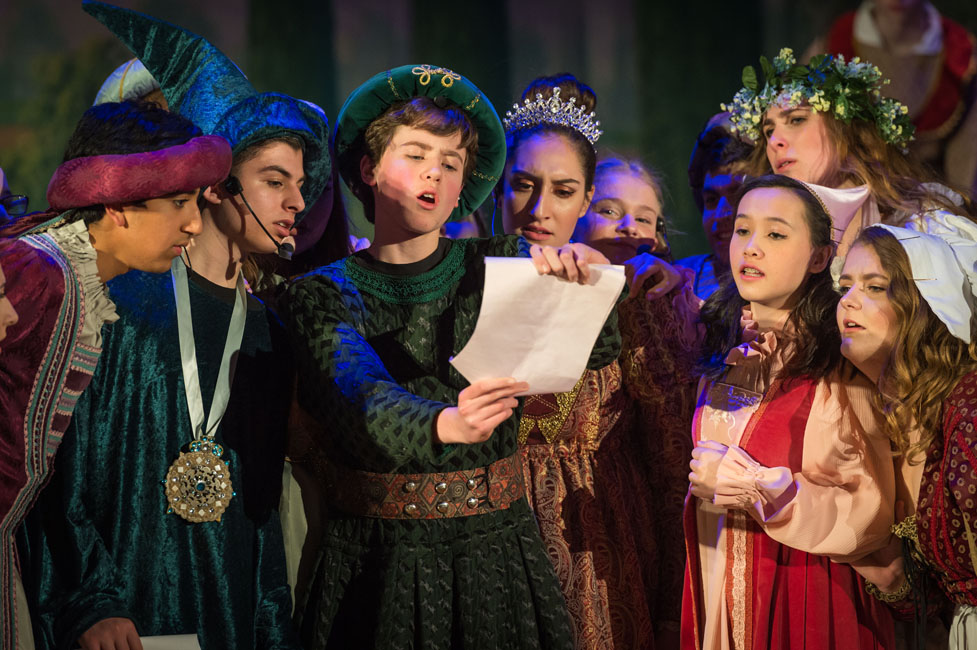 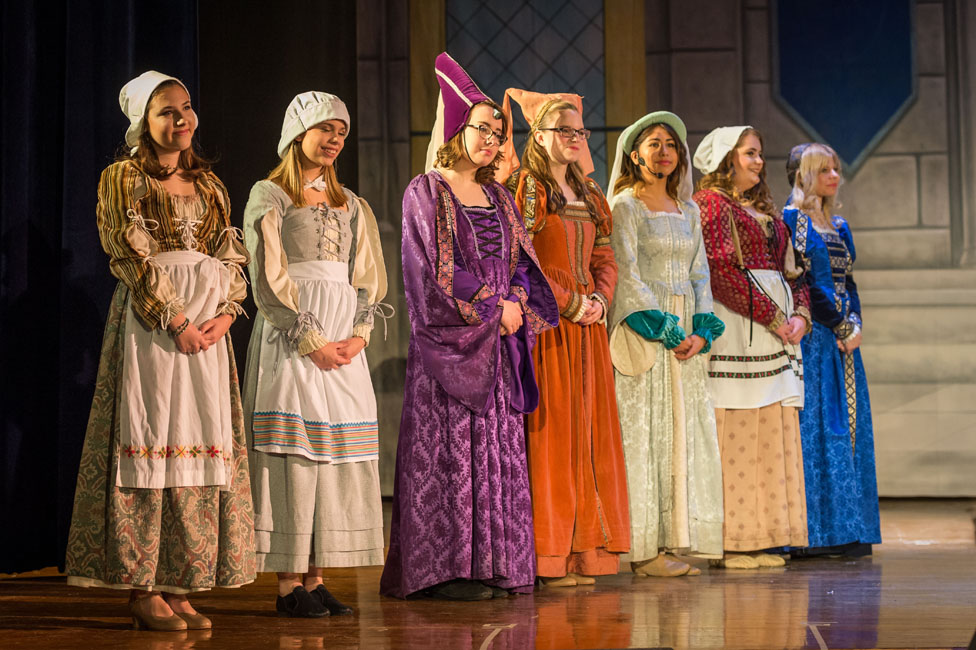 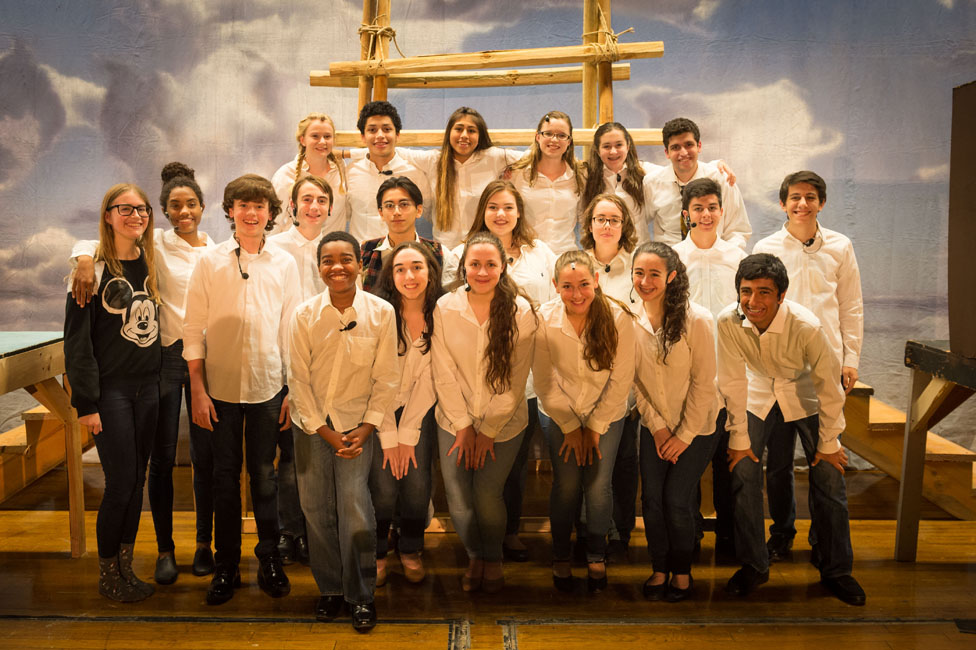