Katerina Damiano has found her niche. The Huntington High School junior is an up-and-coming filmmaker whose work is increasingly commanding attention. The teenager won the award for Best Narrative at the Long Island Media Arts Show for her short film, “Mortified.”

Ms. Damiano has been studying with high school art teacher Heather Swan, who leads Huntington’s video arts program. The teenager has been learning her lessons well as her filmmaking gains recognition and admirers. 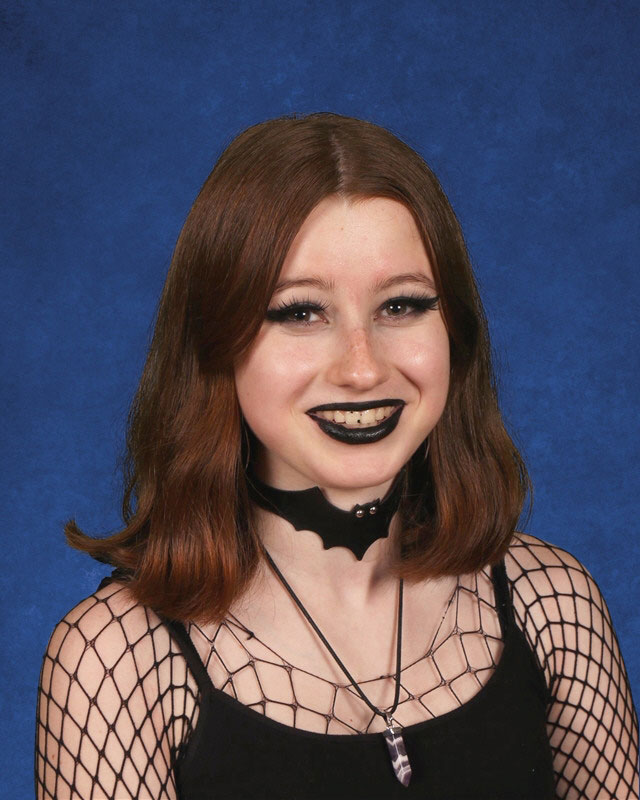 “‘Mortified’ is a short film inspired by the work of Tim Burton,” Ms. Damiano said. “I tried to incorporate his filming, editing and storytelling style into the short. It’s about two friends who try to summon a demon together just for the fun of it. The demon who they summon turns out to be a ‘demon in training’ so they try to help him become more menacing.”

The director inspired film was the leadoff movie at this week’s 13th Annual Huntington High School Film Festival at Cinema Arts Centre. Three other short films of Ms. Damiano were also shown at the festival.

The LI Media Arts Show was held at Five Towns College in Dix Hills. The juried show drew entries from many of the region’s top young filmmakers.

“It feels great to win an award for ‘Mortified,’” Ms. Damiano said. “I worked so hard on every aspect of making the film. So much time and dedication went into this project and it’s amazing to see my work being recognized.”

“My top two schools are UCLA and NYU’s Tisch School of the Arts,” Ms. Damiano said. “I would love to live in either California or New York City to study film. My plans for this summer include making a trip to California to visit several schools. Additionally, I plan on making another short film over the summer to add to my portfolio.” 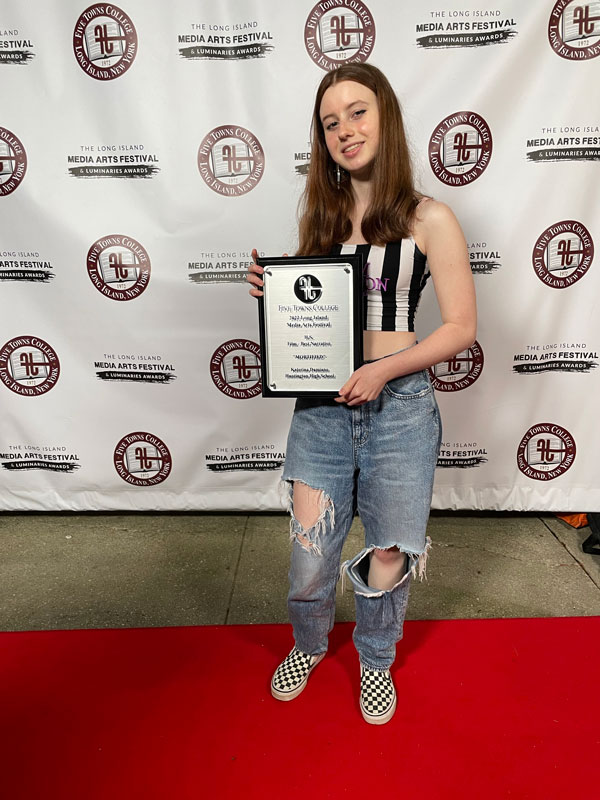 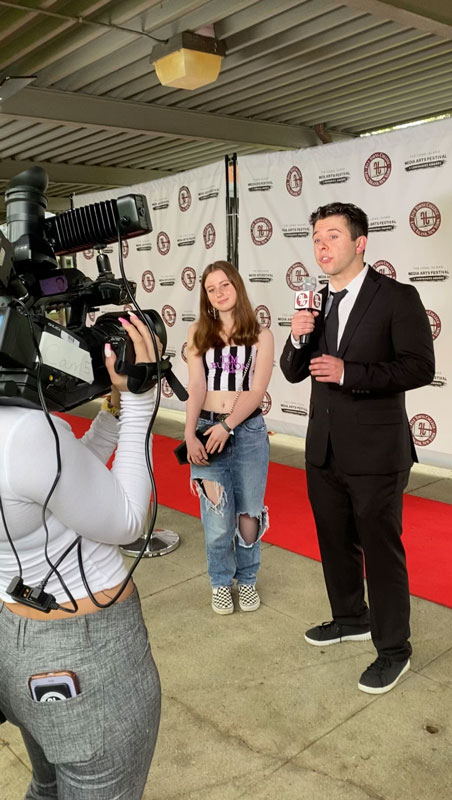