Omar Cruz’s exceptional digital artwork titled “Deformed Nebula and Plant Pod” is on display at the Long Island’s Best Young Artists exhibit at the Heckscher Museum. The Huntington High School was among a select group of 79 artists chosen to show their work out of 399 submitting entries from across Nassau and Suffolk counties.

Mr. Cruz’s artwork was inspired by artist Pol Bury’s “Sphere Molle,” a 1972 lithograph on paper. The Huntington teenager is studying Advanced Computer Graphics with Huntington art teacher Kasmira Mohanty. The senior is headed to St. John’s University in the fall. 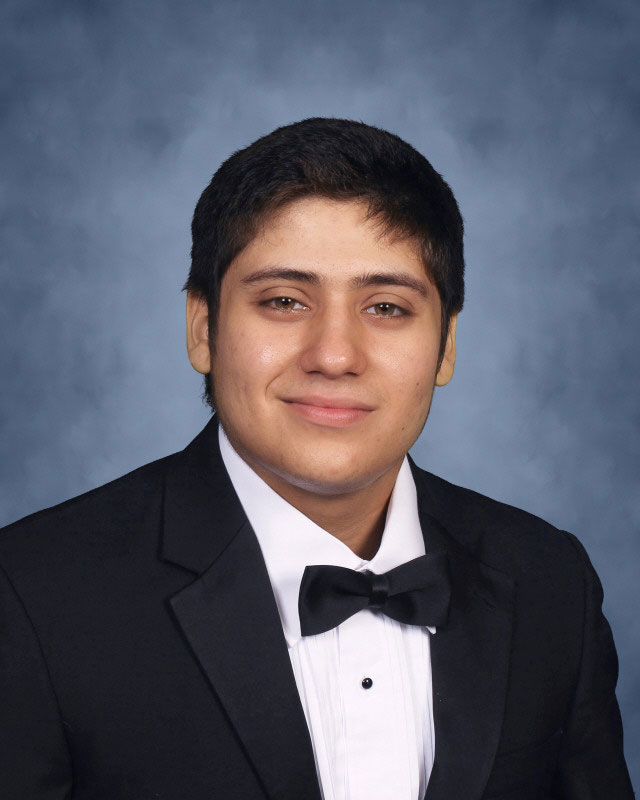 “I thought it was very interesting that ‘Sphere Molle’ was inspired by Bury’s kinetic three-dimensional artwork,” said Mr. Cruz in an artist’s statement that accompanied his work. “I discovered that most of his kinetic works move painfully slow and look like strange bio entities from another planet. They give the viewer the illusion that lines are moving super slowly around the sphere. I set out to create my own line structures using Adobe Illustrator. I didn’t have any set plan, rather I worked organically creating several independent shapes using only lines. Once I had amassed a good amount I began assembling them like a puzzle. I made sure the pieces fit in a way to convey a continuous sense of movement. The main structure slowly began to take shape and took on the appearance of clustered, intertwined nebula ribbons. At this point I decided to keep the imagery in greyscale. I continued working and spontaneously one of the shapes appeared to have an ‘opening.’ I used this opportunity to place a ‘planet pod’ shooting out from the opening, similar to seeds leaving the host plant. I want to leave the viewer wondering where the plant pod might settle and evolve into.”

“I always think it a big deal when students are willing to extend themselves beyond the classroom and share their work with the general public,” Mrs. Mohanty said. “Omar seems unfazed that his work will be seen by so many. It’s a great way to honor such a loving, giving and creative thinker.”