Cristian Avelar-Romero possesses a litany of talents. One of the leading members of Huntington High School’s Class of 2022 and a Blue Devil letterman in soccer and track and field, he is headed to Cornell University in the fall to study mechanical engineering. But his gifts extend beyond academia and athletics and into the art world, too.

Mr. Avelar-Romero’s sculpture was chosen for exhibit at this spring’s Long Island’s Best Young Artists show at the Heckscher Museum of Art. At last Saturday’s exhibit kick-off for friends and family and awards ceremony, the Huntington senior was presented with the Renzo & Lynette Bianchi Scholarship Award, which carries a stipend of $350.

The teenager said he entered his sculpture for fun, never thinking that he would win an award. “I knew I had artistic talent ever since I was selected to take the advanced art class as an eighth grader at Finley,” Mr. Avelar-Romero said.

The teenager said that his interest in science, astronomy and atomic structure of matter were the main influences for his project. His artwork shows how the world of science is so complex as seen in the abstract design in which the rods are wrapping around each other showing movement in a way that allows the viewer to jump in with no starting or ending point.

“Lassaw’s use of the rods creating open spaces as they move around and connect to each other inspired me to create a ceramic piece with an open work design,” Mr. Avelar-Romero said. “I wanted to emphasize the same kind of movement and allow the viewer to see something different as they looked at the piece from different angles. Lassaw’s use of bronze also inspired me to use metallic tones and include a contrasting light throughout my piece to echo the concept of light, which is something that many don’t appreciate every day. My interest in science and engineering contributed to the shape and form of the overall piece, a way to depict the interconnectedness of the natural world.”

The senior has been studying with Ms. Jeddah for many years and the relationship has proved to be a fruitful one for Mr. Avelar-Romero. “I have known Cristian since he was in eighth grade and he was my student in Studio Art at Finley,” Ms. Jeddah said. “He is one of the hardest workers; creative, talented, flexible and is always willing to learn from constructive criticism. Cornell is very lucky to have him as part of their freshmen class for next year.” 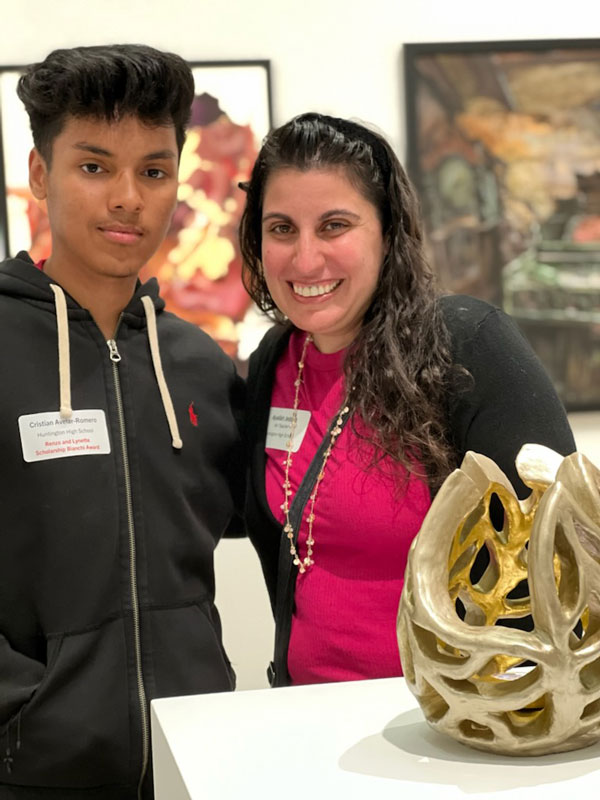 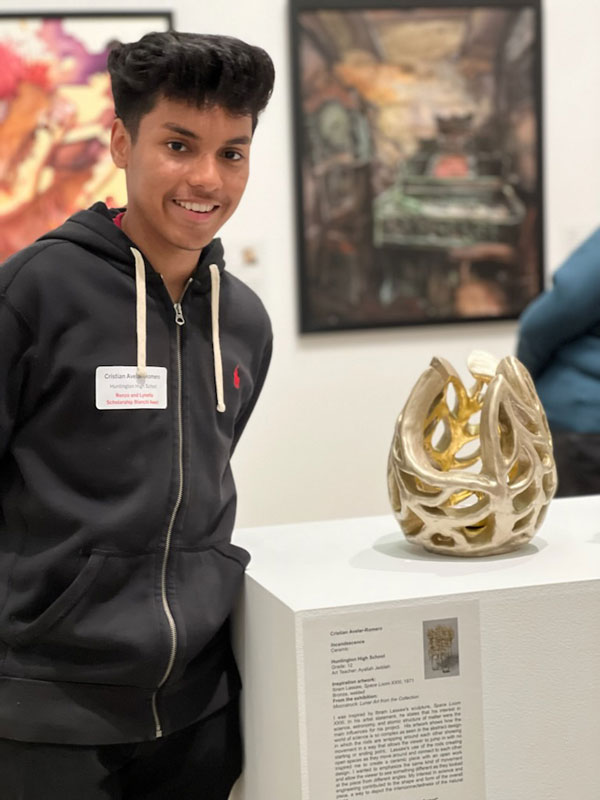