The opening day kickoff is still about many months away, but Section XI recently released tentative 2022 varsity football schedules.

The Huntington football team will play an exciting set of home and away games. The first day of high school football practice in Suffolk County will be Monday, August 22. Game play will begin on Saturday, September 10. Huntington is seeded No. 11 in the 14-team Suffolk Division II.

The Blue Devils are not scheduled to play No. 1 Bellport, No. 2 Northport, No. 4 Half Hollow Hills East, No. 6 Newfield or No. 8 Smithtown West during the regular season next fall. 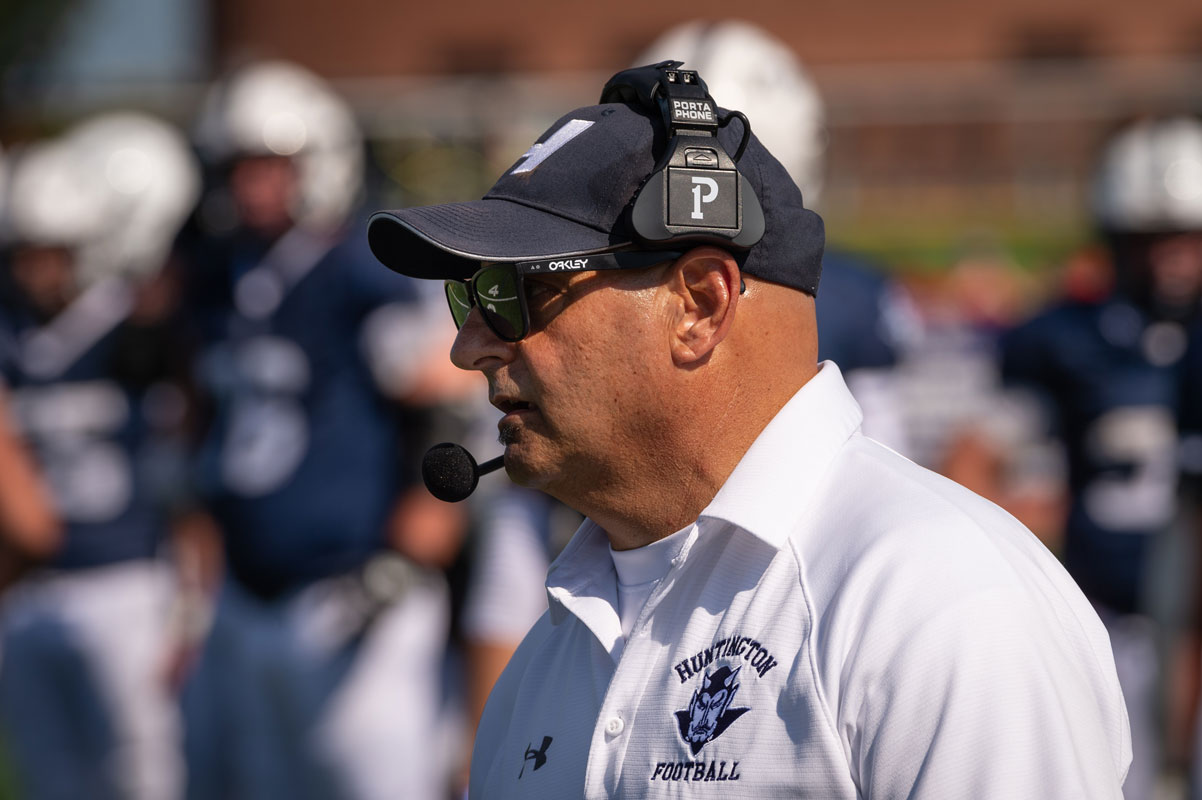 The Blue Devils cobbled together a good team last fall, winning five games and reaching the playoffs. A one point opening week loss to West Islip stung. Had the result gone the other way, Huntington would have been in a more advantageous playoff round position.

Head coach Steve Muller led a staff that included James Byrnes, Kevin Graham, Ron Wilson and Andrew White. While there were many seniors among the 37 players that completed the season, 23 Blue Devils were first year varsity letter winners and nine others garnered their second varsity letter. To put it in clearer perspective, the team lacked extensive varsity level experience.

Next fall’s team might be equally young; or even younger. But no one ever can count the Blue Devils out. Huntington always seems to find a way to put a competitive team on the field. Yet Muller and his staff want to be more than competitive. They want to win a championship. To do that will require players to commit to working hard in the off-season and making football a priority.

The Blue Devil JV compiled a 7-1 mark, raising hopes for future varsity success. Many JV players will be due a promotion to the varsity level. That will be determined many months from now.

Smith, Petrizzi, McDonald and Melendez captained the team. The Blue Devil coaches believe team members gave their best efforts during the long season, which began with practices in August. Huntington played some close games and even when the team lost, it drew compliments from opposing coaches.

Muller is the Blue Devil football program’s all-time winningest coach with a record of 139-97 in 26 seasons.

The Huntington football program traces its roots to 1895 when a local team was formed. It included players from around the town and was not sponsored by the high school.

Plans to start a school team in 1918 were interrupted by the worldwide influenza pandemic and a later attempt was stopped when the teacher slated to coach the team moved back to Michigan. A Huntington High School team comprised of current students was finally formed in 1924.

The Blue Devils have a rich football tradition. The Huntington football team’s longest winning streak is 10 games, having been compiled over parts of the 1947 and 1948 seasons.