Huntington parent Theresa Ehrman launched the PTA’s Grateful Hearts initiative many years ago when her son was at J. Taylor Finley Middle School. While the Ehrman’s have moved on with their lives, the letter writing campaign has continued to flourish at Huntington High School.

Described as an “inspiring and rewarding tradition” by PTA members, the program first introduced by Mrs. Ehrman continues to be embraced by the high school teenagers, who recently penned about 100 cards of thanks to those serving in America’s armed forces.

The letter writing event is annually held near Valentine’s Day. Students create cards for military service men and women, thanking them for their commitment to keeping America safe.

“We ask the high school students to write and decorate thank you notes to our military,” said parent Laura Befumo, who helped coordinate the initiative. “This year's notes are being sent to Huntington Class of 2015 alum Darya DeSimone, who will help distribute them at her US Marine base at Camp Lejeune in North Carolina. Her platoon just got back from a six month deployment in Japan. We were able to collect over 100 thank you notes and sent them with candy for the troops.”

The teenagers enjoyed decorating and writing personal and heartfelt messages to the troops for their service. The activity was offered free of charge to all students during the school’s lunch periods.

PTA members said they hope to continue the program for many years to come. 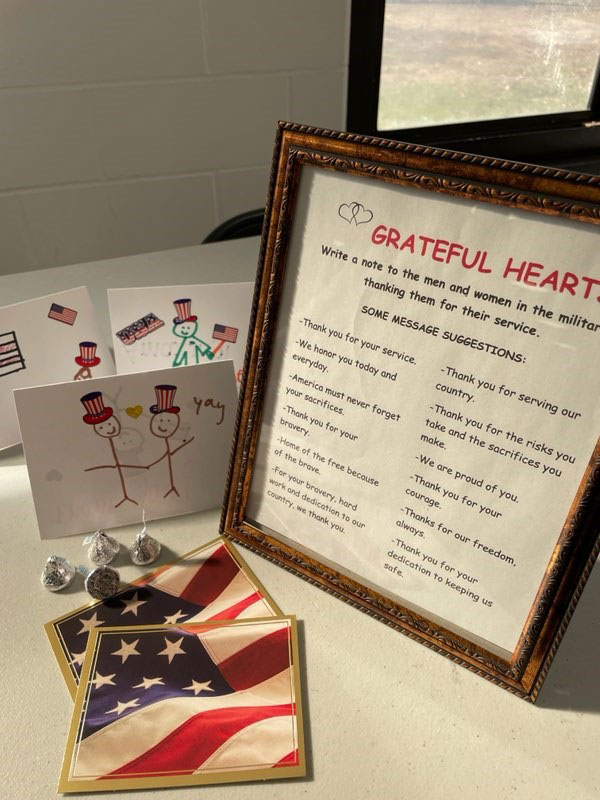 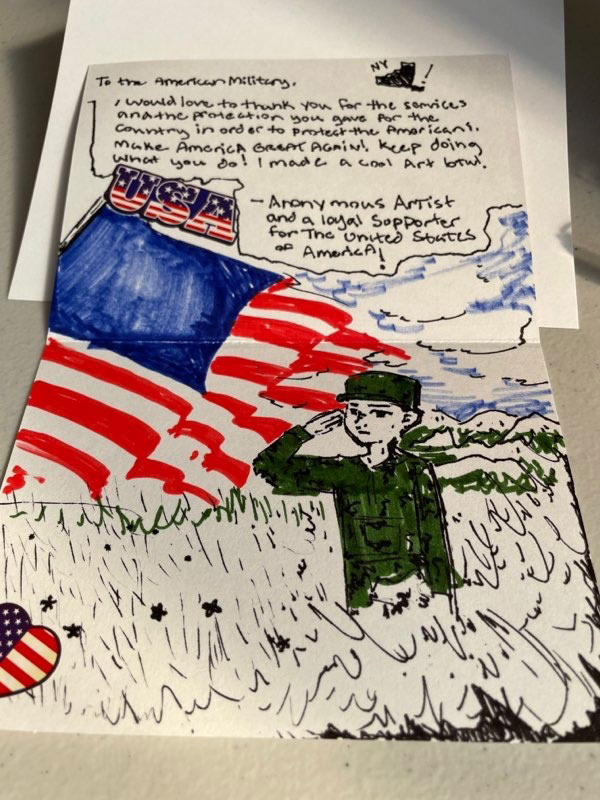 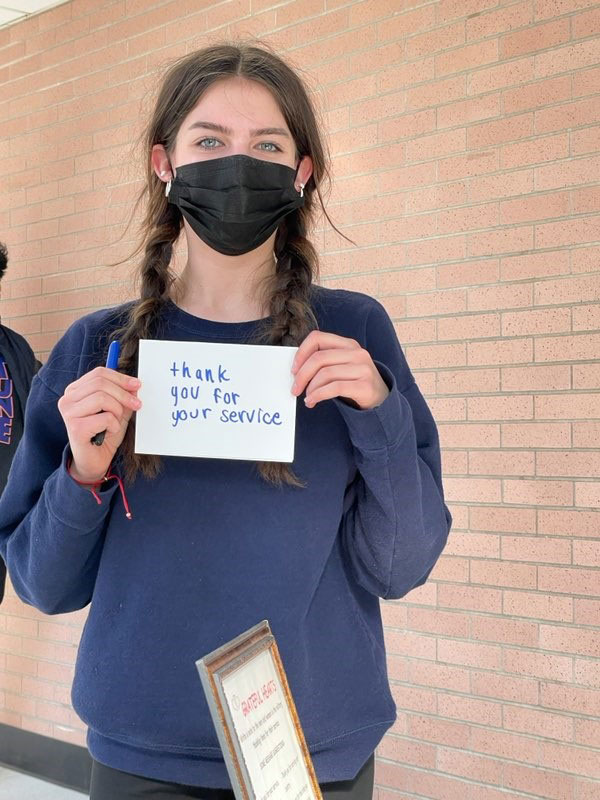