Senior Josiah Melendez electrified the crowd at Blue Devil Stadium with runs of 80 and 87 yards, but the Huntington football team fell just short of a huge upset, falling to No. 2 West Islip, 14-13 before a crowd of 600.

Melendez rushed 13 times for 202 yards and a touchdown and Anthony Annunziata connected on 7-of-14 passes for 120 yards, but the Lions did just enough to nip the Blue Devils.

“I’m so proud of how we played today,” Blue Devil head coach Steve Muller said. “Some people predicted we would get blown out, but we showed Suffolk we belong. Now we have to fix a few things and clean up some mistakes and get ready to play Smithtown East next Saturday afternoon.”

The Blue Devils stayed close to West Islip throughout the game, which played out on a picture perfect afternoon before a crowd of students, parents and alumni. A poignant pre-game ceremony honored the six Huntington High School alumni that were killed in the September 11, 2001 terrorist attacks on the World Trade Center in Manhattan.

The Blue Devils never quit on Saturday, repeatedly coming up with big plays to keep within striking range of an upset. The home crowd eventually became believers, too.

Annunziata led Huntington on an improbable late fourth quarter drive with a series of beautiful spiral passes that landed softly into the hands of Blue Devil receivers. But the drive ultimately stalled on West Islip’s 19 yard line and the Lions were then able to run out the clock on the final two minutes.

Eighth seeded Huntington gave second seeded West Islip a legitimate scare and the Blue Devils forced Suffolk teams to stand up straight and take notice of the Men in Blue.

“We have been working hard and it’s starting to pay off,” Muller said. “While we came up short today, it was really great to see every player working together and giving us everything they had right to the final whistle.” 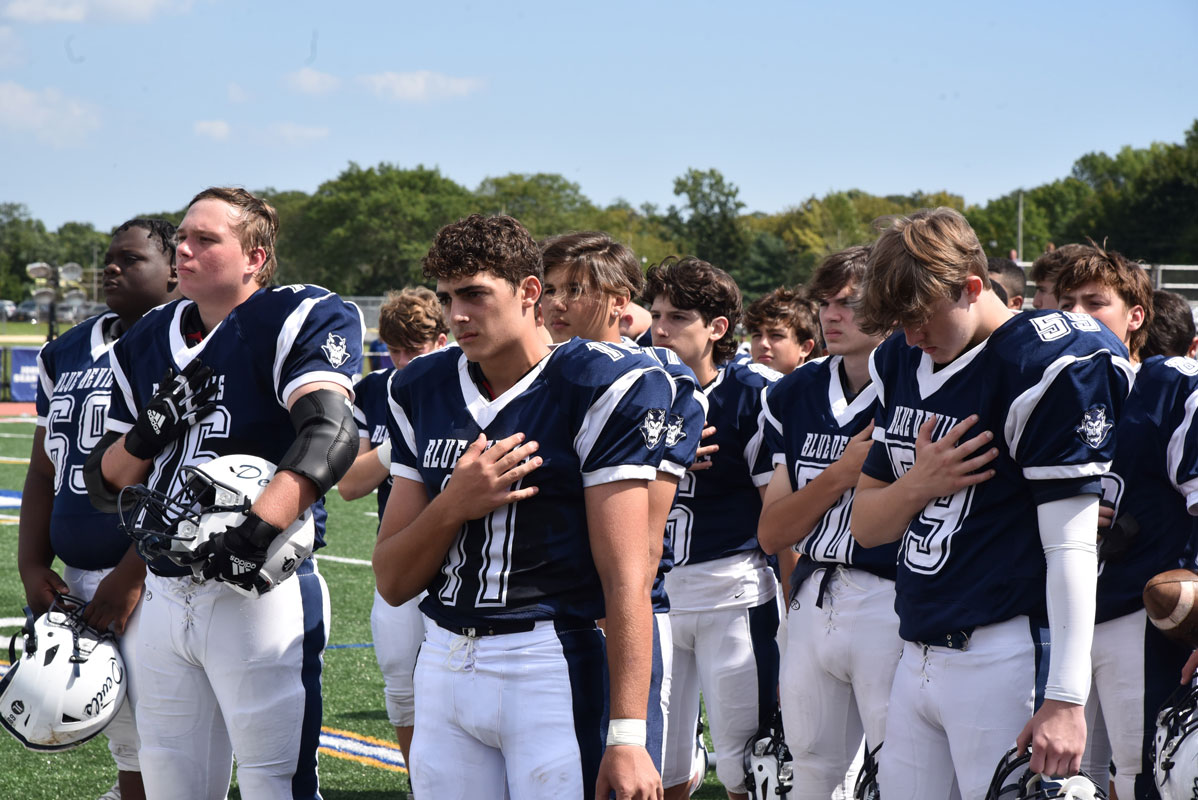 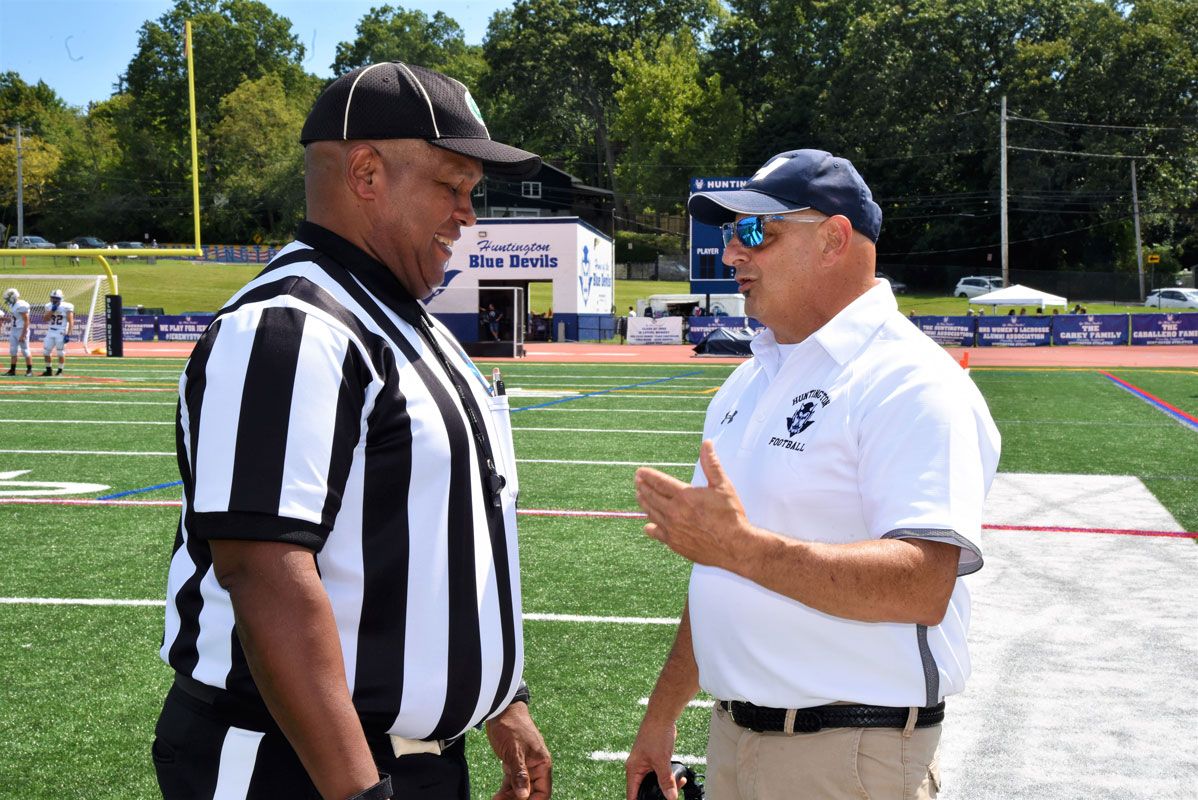