It took a champion to shut down the Huntington High School boys’ soccer team in the Suffolk Class AA title game. The Blue Devils gave it their best shot, but couldn’t crack West Islip’s suffocating defense as the Lions went on to win the Section XI crown, 1-0 before a crowd of nearly 1,500 at Longwood.

Huntington managed only three shots on goal, although it had a handful of other scoring opportunities. Regardless of where the Blue Devil offense was on the field there was a West Islip defender not far away.

Huntington’s All-County goalie Danny Alzate was once again brilliant, but not even he could carry the Blue Devils. After swatting away two hard shots about 20 minutes into the second half, West Islip finally found the back of the net off Alzate, scoring off a rebound. 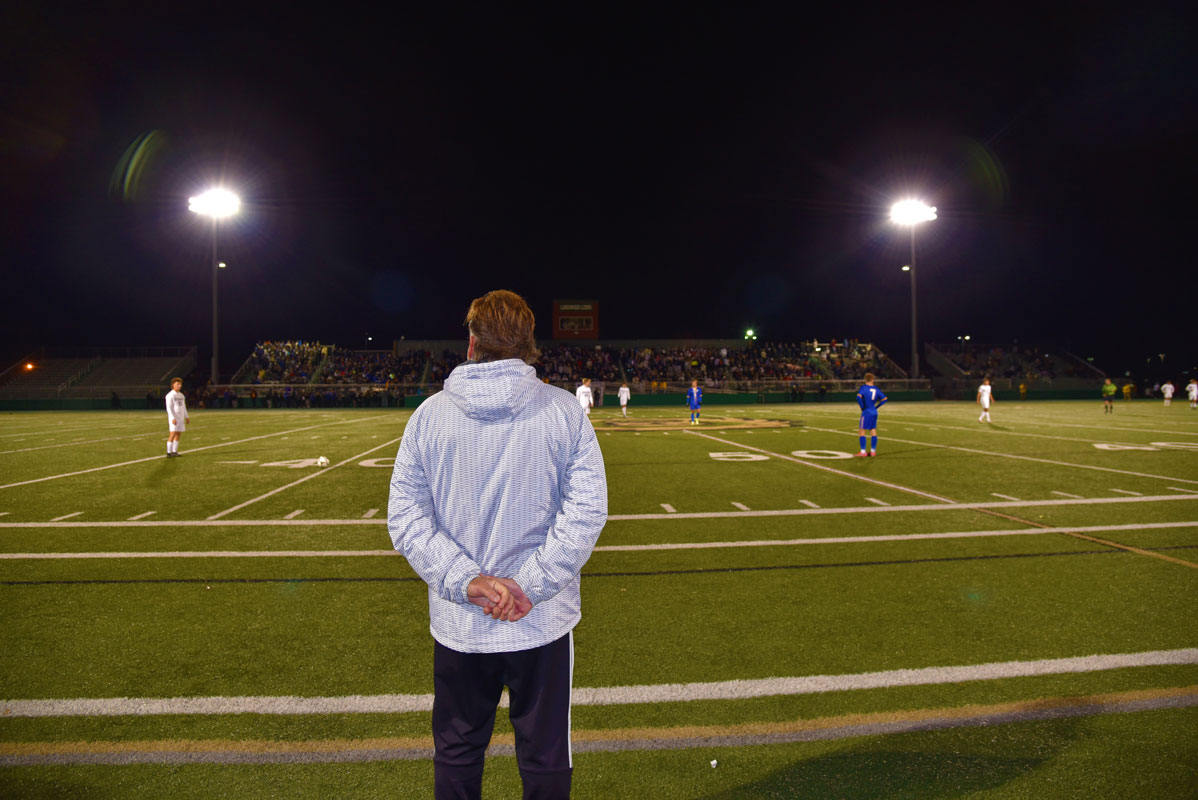 Huntington didn’t quite go into panic mode, but whatever the Blue Devils tried was foiled by West Islip, which used all of its skills to run out the clock.

Huntington finished the year with a 15-4-1 mark. It’s the most wins ever for a Blue Devil boys’ soccer team. But that proved to be little consolation for the team’s players, who took the loss very hard. They hugged each other, cried and recounted what might have been.

With a couple of days of distance and perspective, Blue Devil players feel better and the season and everything the team accomplished.

“It was a great season and an amazing experience to play with these guys,” Alzate said. “We all wish the season would’ve ended differently, but it didn’t work out that way. I’m proud of everyone on the team who worked really hard to get to the final. I’m thankful to my coaches for the opportunity they gave me and for everything they did for us. I wish them good luck next year. This season didn’t end the way we wanted, but we are proud we made it to the finals for the first time in so long.”

“It was a great season and one that I will never forget,” Jeison Blanco said. “We paved a pathway for the future soccer players of this community and we created hype around Huntington soccer. We exceeded expectations and firmly believed we would do great things. I’m very grateful for the community and the school for supporting us throughout this journey and giving me an experience I will never forget. “Even though you can’t always get what you want, what we did as a group was bigger overall.”