The Huntington football team’s offense never really got rolling on Saturday at Bellport and although the Blue Devil defense played well, it wasn’t enough to overcome the Clippers, who went on to record a 21-0 victory in the Suffolk Division II quarterfinals.

Whenever Huntington notched a first down, Blue Devil fans roared their encouragement. But to win, Huntington needed to play a perfect game and that just wasn’t in the cards. So while the Blue Devils moved the ball here and there, a handful of penalties and turnovers prevented the team from gaining the upper hand on Bellport, which has surrendered only 97 points this fall.

The Clippers entered Saturday’s contest averaging more than 33 points per game. The Bellport coaches were complimentary about Huntington’s defense, calling it perhaps the best the team has faced this year.

The Blue Devils played their hearts out on both sides of the ball. But Bellport is 8-1 for a reason. The Clippers boast a talented squad of skilled players who are quick off the ball and very hard hitting.

“I’m pleased with the effort of all of our players,” Huntington head coach Steve Muller said. “We played very hard and have every reason to keep our heads up. Bellport is a very tough team, but we played them well. Unfortunately, we didn’t get any breaks and we weren’t able to capitalize on a few opportunities. It’s been a great season. I would go into battle with this guys any day.” 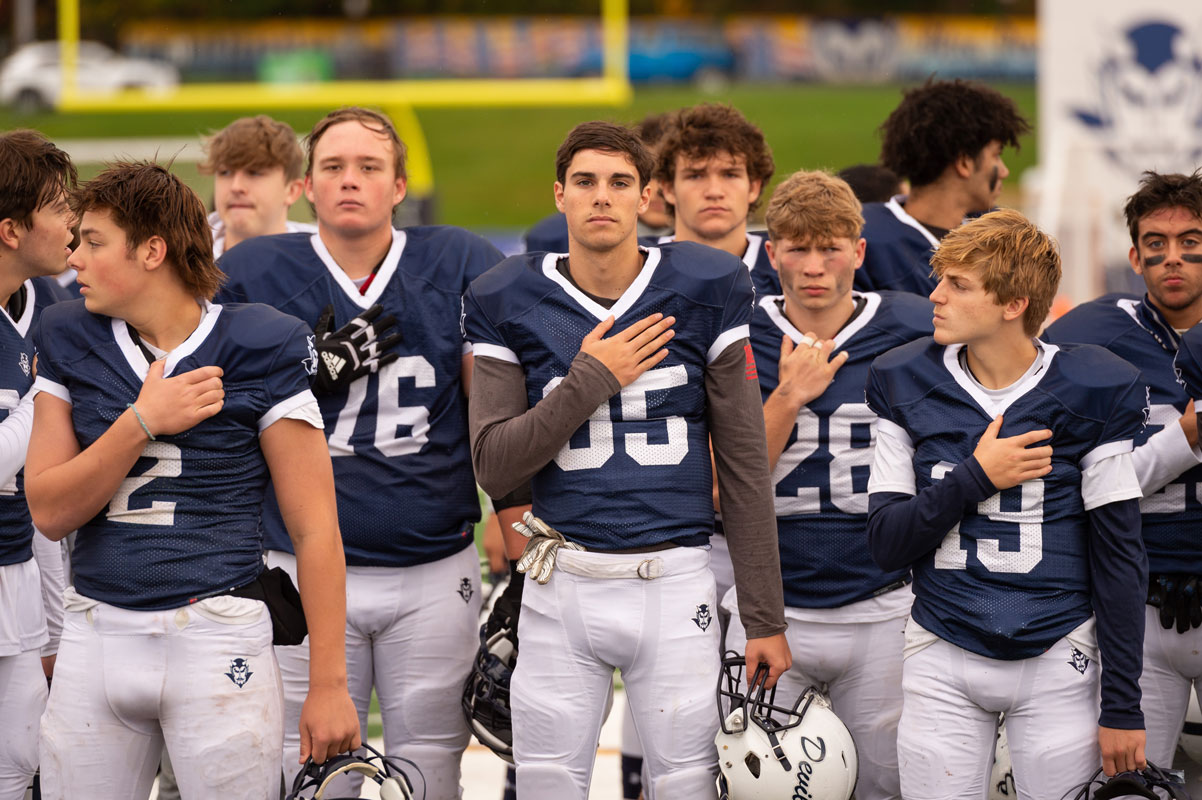 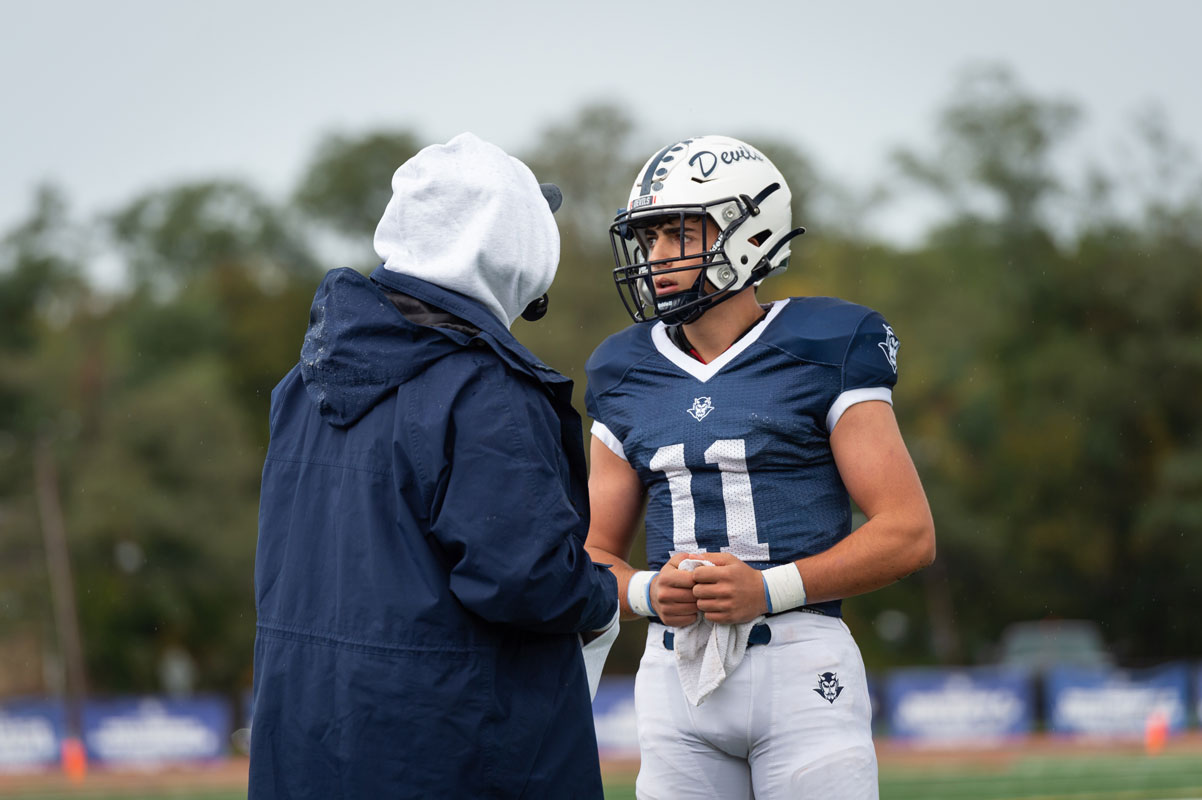 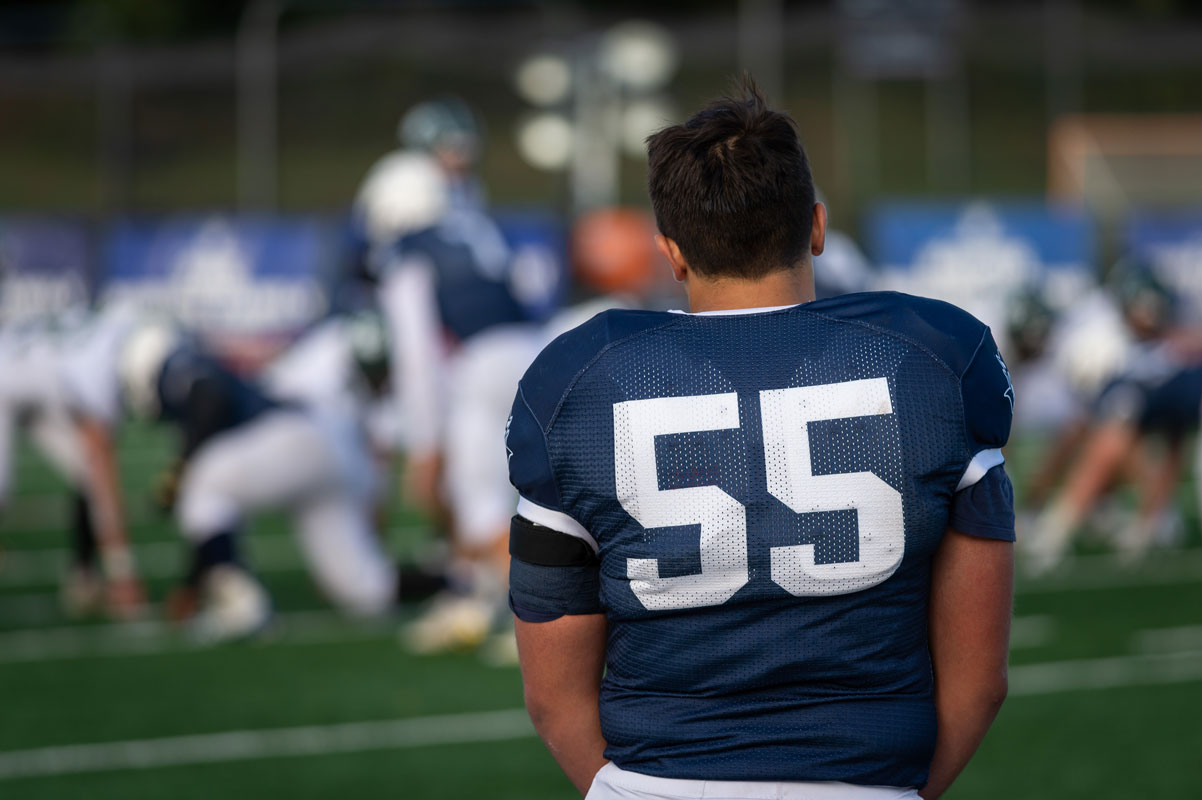 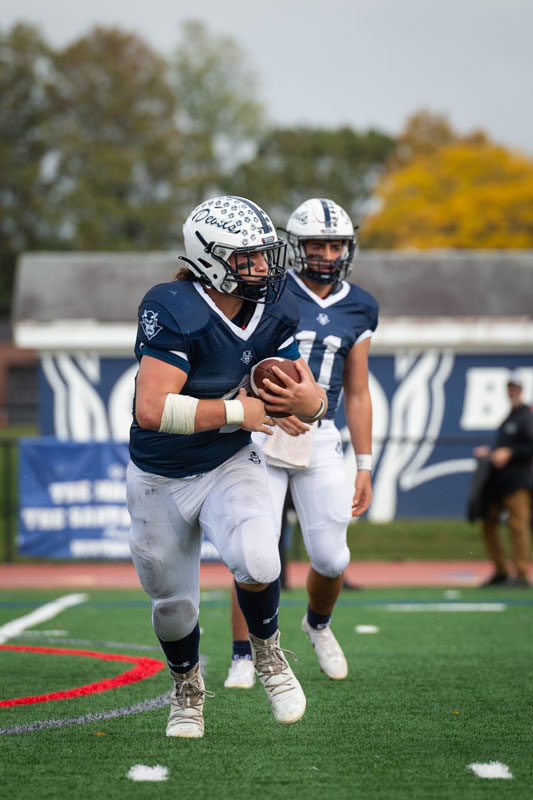 Senior Lucas Petrizzi will be graduating in the June. (Darin Reed photo.)

Senior Lucas Petrizzi will be graduating in the June. (Darin Reed photo.)