Martinez scored off an assist by Kevin Velez before Huntington’s defense put the final clamps on the Thunderbirds to send the Blue Devils to the Section XI championship game against West Islip on Thursday at Longwood at 8 p.m. Tickets are available at the gate for $10. (Note there is no student discount.)

Huntington and Connetquot proved to be closely matched. Blue Devil goalie Danny Alzate notched his ninth shutout of the fall, stopping five hard shots. The senior has three straight shutouts in the playoffs.

Huntington hasn’t won the county boys’ soccer championship since 1964. The Blue Devils will seek to end that long drought on Thursday night at Longwood. 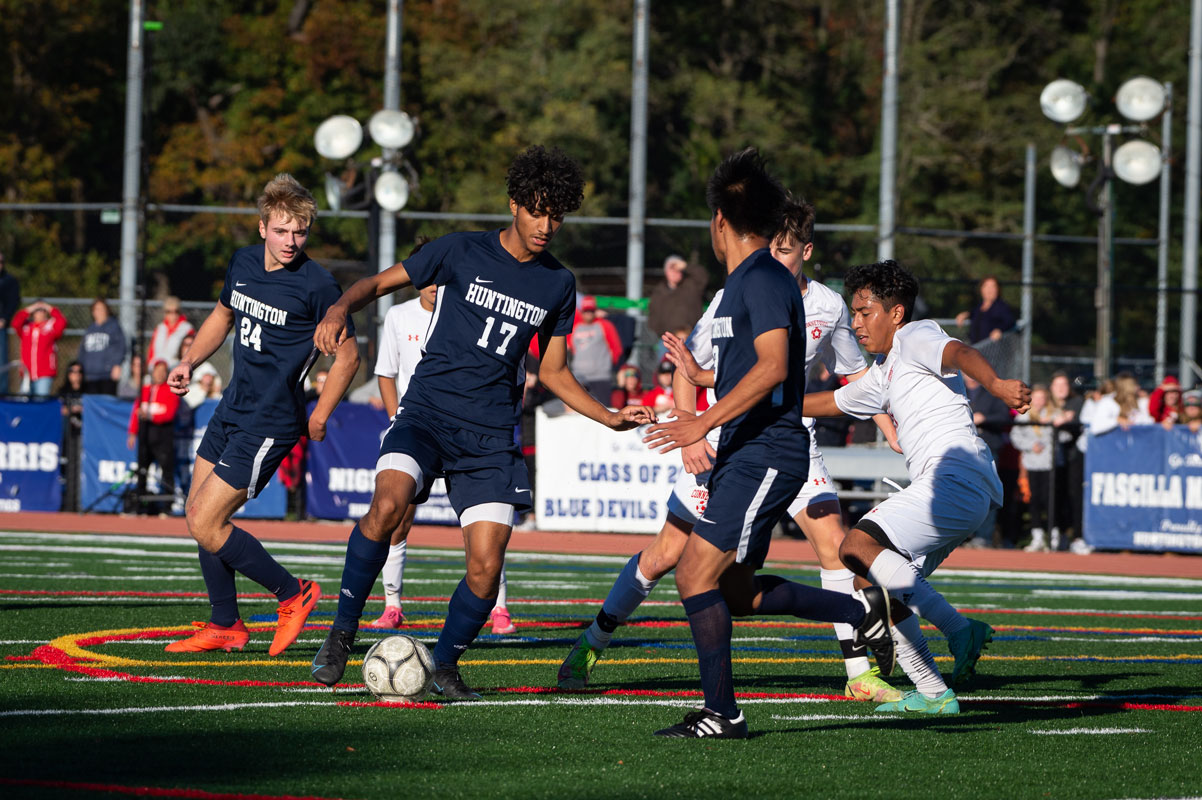 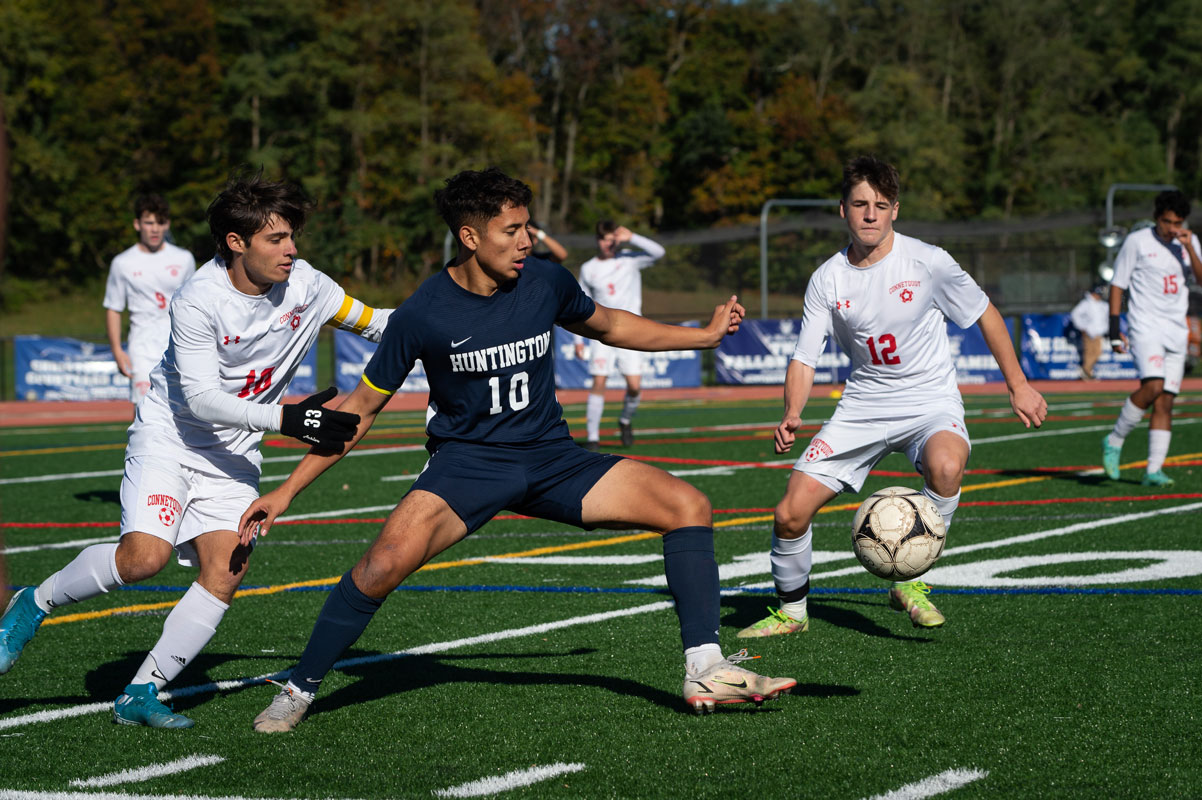 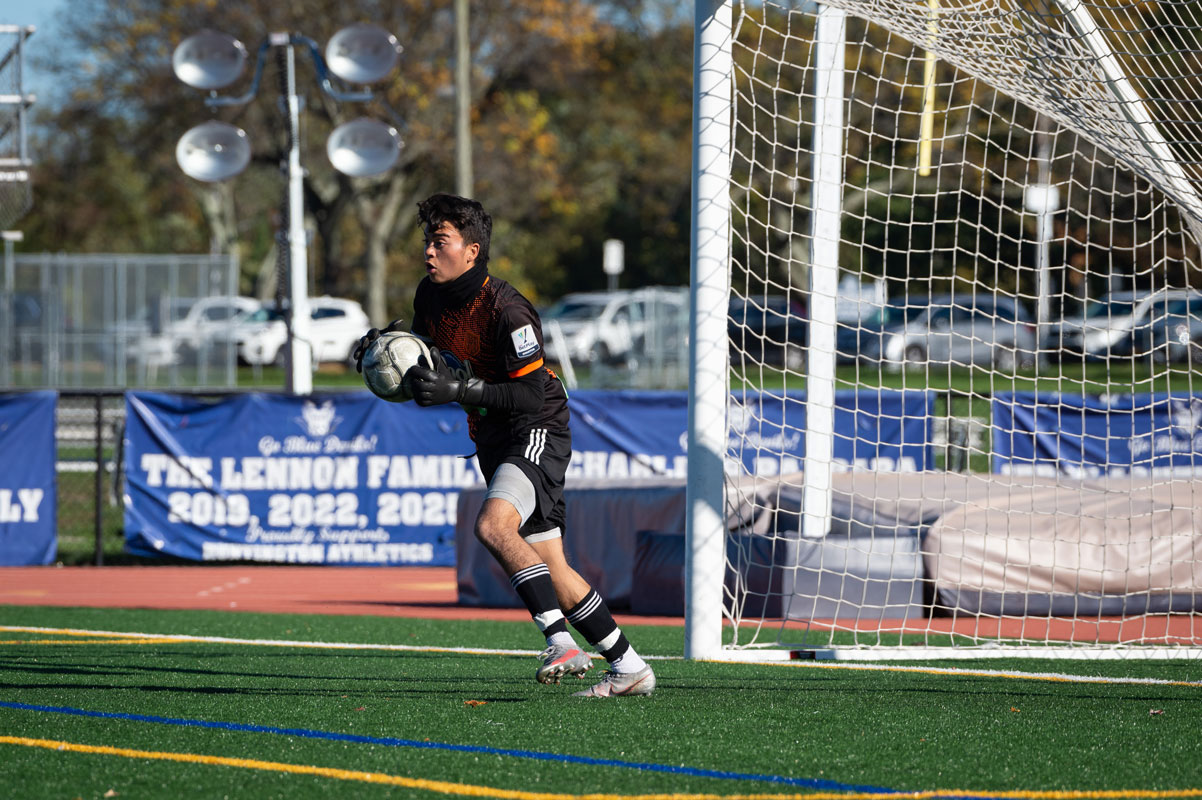 Danny Alzate has nine shutouts this fall, including three straight in the playoffs. (Darin Reed photo.)

Danny Alzate has nine shutouts this fall, including three straight in the playoffs. (Darin Reed photo.)