The visit was nothing short of a lovefest as the third graders and the champion ballplayers really hit it off as Washington teacher Katie Kalkau and Blue Devil coaches Billy Harris and Rob Cappas looked on.

The third graders wrote letters to the players, congratulating them on their twin championships. “To our surprise, we were given an opportunity to meet the team in person,” Mrs. Kalkau said. “I felt like this was a great opportunity for my students. Because I have so many athletes in my class, we often talk about sports and sportsmanship in the classroom. We started following the baseball team and the kids just became so inspired. When the team showed up to Washington, seeing them in full uniform was icing on the cake!”

The Blue Devils came to Washington in full uniform. Even the two coaches were dressed for a ball game. “The baseball team visit was amazing,” Principal Michelle Richards said.

The third graders shared their letters with the players, asked them questions and even got some autographs. The youngsters made Coach Harris happy when in response to his request to guess his age they shouted out a number and it was six years younger than he actually is.

The players coaches stood together as a group as the third graders sat on the thick grass. One by one each of the youngsters stood and read their letters and asked questions. The players were only too happy to answer each one. When it came time to sign autographs, the Blue Devils felt especially important. It was a happy day all around.

“This was a great way to end the year,” Mrs. Kalkau said. “It was as special day for my students. They got to meet their role models.” 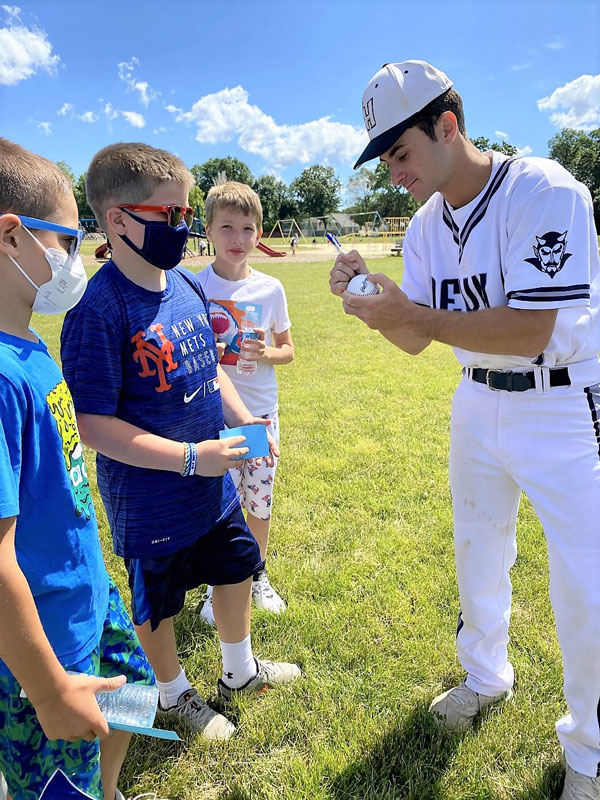 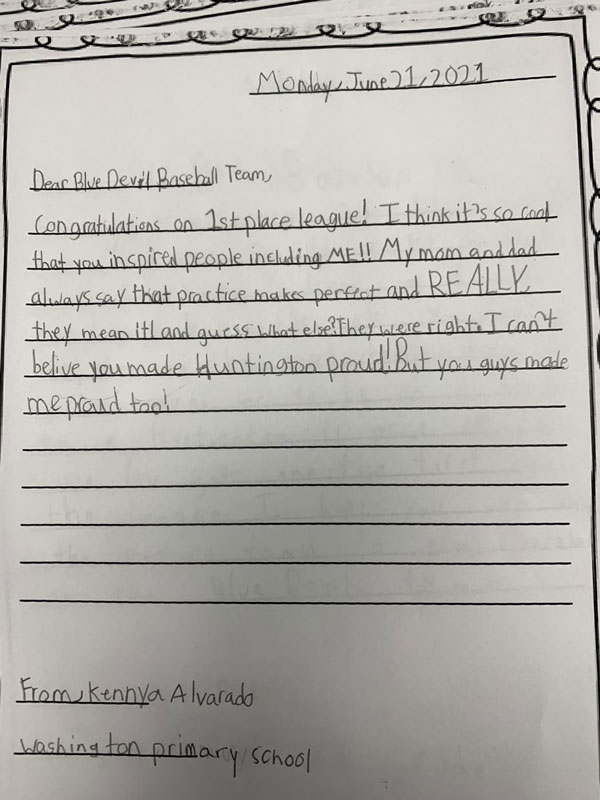 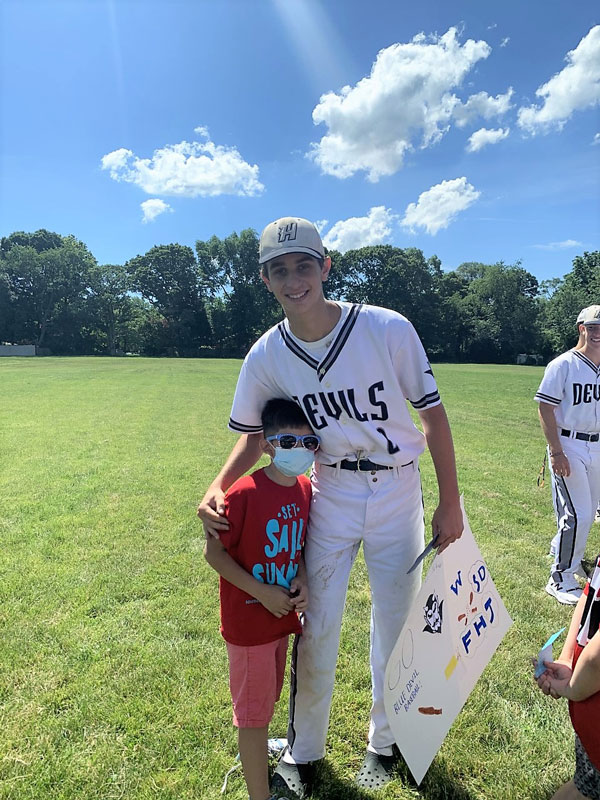 Blue Devil star Zach Gordon bonded with one of the third graders.

Blue Devil star Zach Gordon bonded with one of the third graders.