Alan Kuver will never be forgotten around Huntington High School. He gave the district and everyone he worked with everything he had for as long as he could.

The veteran teacher passed away on July 1, 2014 after a 10 month battle with esophageal cancer, leaving behind sad and admiring colleagues and an untold number of Blue Devil fencers who will never forget their coach. 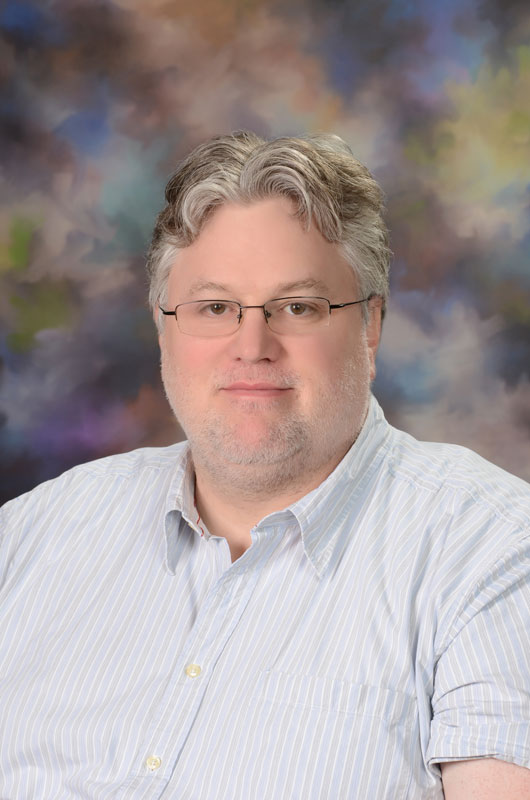 Even after Mr. Kuver received his dire diagnosis he continued to teach and coach while undergoing aggressive treatment. He was in his classroom until the final week of the 2013/14 school year, when he just couldn’t make it to work any longer. He passed away just two weeks later.

A Huntington High School alum, Mr. Kuver was so closely identified with the Blue Devil boys’ and girls’ fencing teams that it has been difficult to follow the sport since his passing without seeing him involved in it.

Three $1,000 scholarships were presented to members of Huntington’s Class of 2021 in honor of Mr. Kuver, who remains a source of inspiration for his faculty colleagues, fellow coaches and the students and athletes he worked with.

Lily O’Heir, Miles Tierney and Adora Colay all captured one of the special awards presented in Mr. Kuver’s memory, which remains vivid to those who worked closely with the well-liked educator and coach.

Ms. O’Heir will be attending City University of New York – Hunter College. Mr. Tierney is headed to the University of Delaware. Ms. Colay plans to pursue studies at Hofstra University.

The Associated Teachers of Huntington, the professional association that counted Mr. Kuver as a member, presented a $1,000 award to Ms. O’Heir in tribute to their fallen faculty brother.

Ms. O’Heir hopes to pursue a degree in either social work or psychology. A finalist in the Long Island flute competition, the teenager participated in the highly regarded Girls Leadership Worldwide program. She’s performed at the Key Club’s annual talent show and played on the Blue Devil varsity tennis team.

Mr. Tierney and Ms. Colay competed on the Blue Devil fencing team. It was a sport that Mr. Kuver loved with all his heart and he gave countless hours of his time to Huntington kids interested in mastering the intricacies of fencing.

Christopher Williams, one of Mr. Kuver’s classmates at Huntington High School presented Mr. Tierney and Ms. Colay with $1,000 scholarships. But first he regaled the crowd in colorful and highly animated fashion about the life and qualities of Mr. Kuver and what it means to be a Huntington alum.

Mr. Tierney plans to study to become a music teacher. He was a drum major with the Blue Devil marching band and a first chair saxophone player with the high school band. The teenager captained the fencing team.

Ms. Colay intends to pursue biology/pre-veterinary science studies. Captain of Huntington’s girls’ fencing team, she captured All-County honors in sabre. She cites her family and the confidence it has in her along with the good choices she has made for the success she has attained to date.

Alan Drew Kuver was a member of Huntington High School’s Class of 1984. An articulate, soft-spoken man with a wonderful sense of humor, he was also a great conversationalist. He could hold court on almost any topic. His colleagues found him fascinating.

At the 46th annual Blue Devil senior athletic awards dinner in Louis D. Giani Gymnasium in June 2014, just weeks before he would succumb to his illness, Mr. Kuver spoke eloquently about the Huntington fencing program, its triumphs and some of its finest moments and about each of the senior athletes he worked with during what was his final season.

Mr. Kuver was a Blue Devil fan, frequently attending home and away games of sport teams as his schedule would allow. A dedicated coach, he devoted countless hours to working with his athletes year-round and maintaining their delicate equipment. He always had time to offer wise counsel and valuable advice to someone seeking it.

In addition to his long association with the Huntington fencing program, Mr. Kuver served a stint as the Blue Devil varsity girls’ track and field coach. He taught industrial arts and technology at Huntington High School and J. Taylor Finley Middle School and had an easy way of working with his students.

A resident of the Huntington School District, Mr. Kuver was often be seen around town, darting in and out of stores. A consummate professional, he helped guide many of his athletes into the college ranks, with several reaching the NCAA Division I fencing championships. He maintained relationships with a long list of Blue Devil alums, who he continued to mentor and encourage, years after they had graduated.