The deadly Triangle Shirtwaist Company factory fire occurred decades before Kimberly Schiller was born, but the J. Taylor Finley Middle School English teacher has always made sure her classes are familiar with the event and why it continues to be important today.

Located in Greenwich Village in Manhattan, the Triangle Shirtwaist Company factory went up in flames at about 4:40 p.m. on Saturday, March 25, 1911. Within 15 minutes, 146 workers, mostly Jewish girls and young women between the ages of 13-23, were killed.

Ms. Schiller brings the long ago fire back to life each year for her Finley classes. She has participated in commemorations at the site of the deadly blaze, invited relatives of victims of the tragedy to Finley and had her students engage in readings about that infamous day.

“For the last ten years, I’ve been taking students to the Triangle Shirtwaist Factory fire commemoration,” Ms. Schiller said. “This year, the commemoration was cancelled, but a friend, Ruth Sergel, creator of the Chalk project, asked if I could chalk the name of one of the Triangle victims outside my home. This gave me the idea to contact former students and ask them to do the same. A few students are currently at the high school and others have graduated. All were enthusiastic and proud to take part in this different type of commemoration. They shared their chalkings with me.”

According to the PBS website, “In the 19th and early 20th centuries, the shirtwaist blouse was regarded as the model shirt for the independent, working woman. A button-down blouse, the functional shirtwaist was valued for its ready-to-wear, workplace appeal and its simple design, originally modeled on menswear shirts.”

The name that Ms. Sergel sent to Ms. Schiller was Josie Del Castillo, who just happens to be a cousin of retired Finley guidance counselor Cathy Cain. “Just prior to the 102nd commemoration in 2013, Mrs. Cain learned that her cousin died in the fire at 21 years old and was one of the “Cherry Street girls,” Ms. Schiller said. “When Ruth asked me to chalk for her, I was honored to do so.”

Two of Ms. Schiller’s former students chose to chalk for victims who were the same age as they are now. Huntington High School grad James Vicari, chalked for Nettie Liebowitz, who was 23 years old when she perished and current Huntington freshman Yorimilet Rodriguez chalked for Kate Leon, who was only 14 years old.

Senior Gabriel Medina-Jaudes and his sisters Naomi and Elisa (both Huntington grads and former students of Ms. Schiller) chalked a poignant recreation of the Brown (Triangle) building with “109th Anniversary; Remember the Triangle” written above it. Current senior Robert Jean-Gilles chalked in remembrance for all those who died as well.

“The pictures and sentiments flooded my phone last Wednesday and I was overwhelmed,” Ms. Schiller said. “Their thoughtfulness means so much. It has been an absolutely surreal few weeks and I was taken aback by these amazing kids.

Triangle occupied the top three floors of the 10 story building, which was quickly engulfed in flames. Escape for some was impossible since many doors were padlocked to keep union organizers out and to stop workers from leaving early. Fire department ladders didn’t reach high enough and those that jumped often went right through the tarps held by firemen on the street.

The fire marshal at the time theorized a Triangle employee threw a lit cigarette into a wastebasket near piles of scrap cloth and not far from 40-gallon drums of lubricating oil stored in stairwells.

Days after the blaze in 1911, more than one million New Yorkers turned out to honor the victims. The tragedy led to a political upheaval and changes to the state’s building codes and worker safety regulations with more than three dozen new factory laws enacted alone.

The Triangle building still stands today. Now known as the Brown Building, it is owned by New York University, which uses it for science labs, among other purposes. It is located on the corner of Washington Place and Greene Street in the Lower East Side, near Washington Square Park in Manhattan. 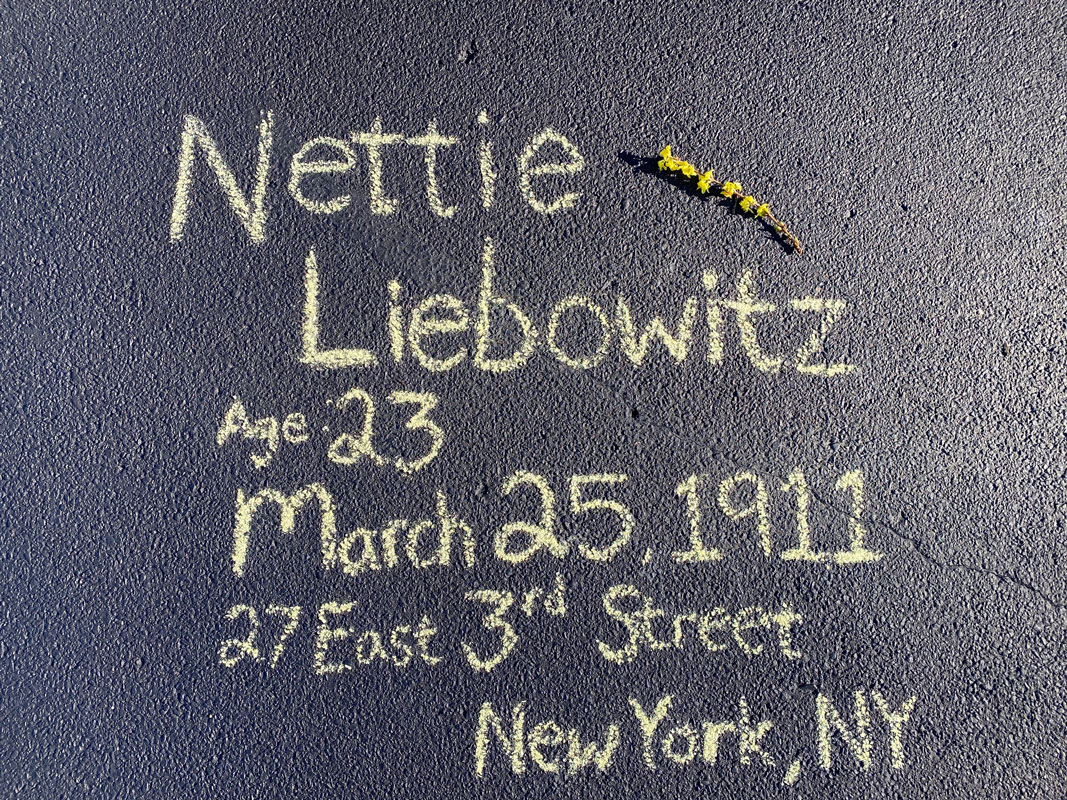 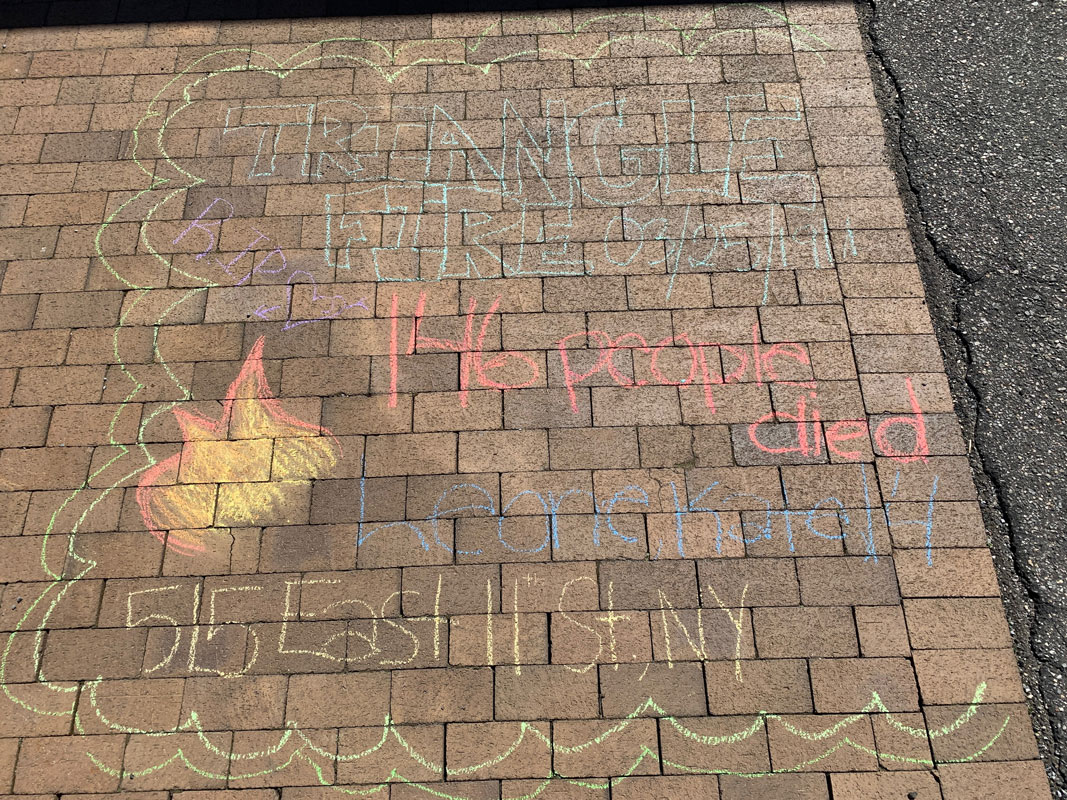 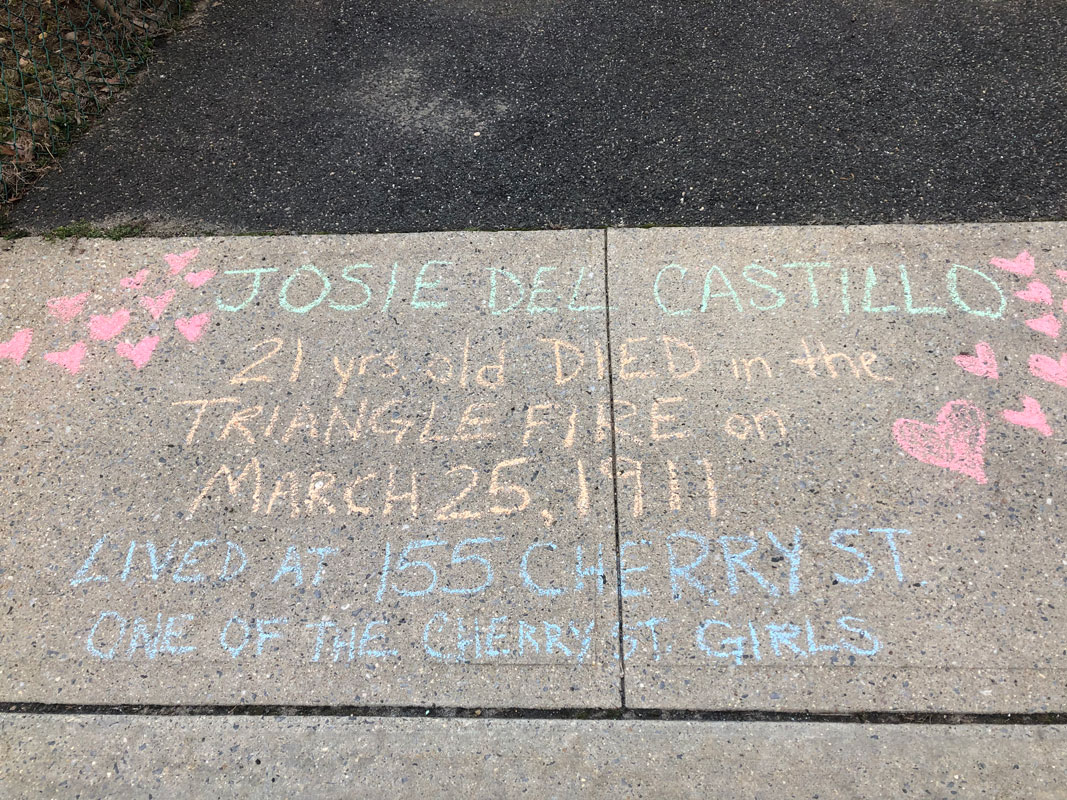