Dominick Stanley is flourishing. The Huntington High School senior is a top student and a leader among his classmates, but while he has loved his experience these past four years he will soon travel halfway across the country to Wisconsin for a new adventure in college.

Mr. Stanley is Huntington High School’s senior class president after serving last year as the junior class vice president. He was a fencing team captain this past winter during his fourth and final season with the Blue Devil squad. 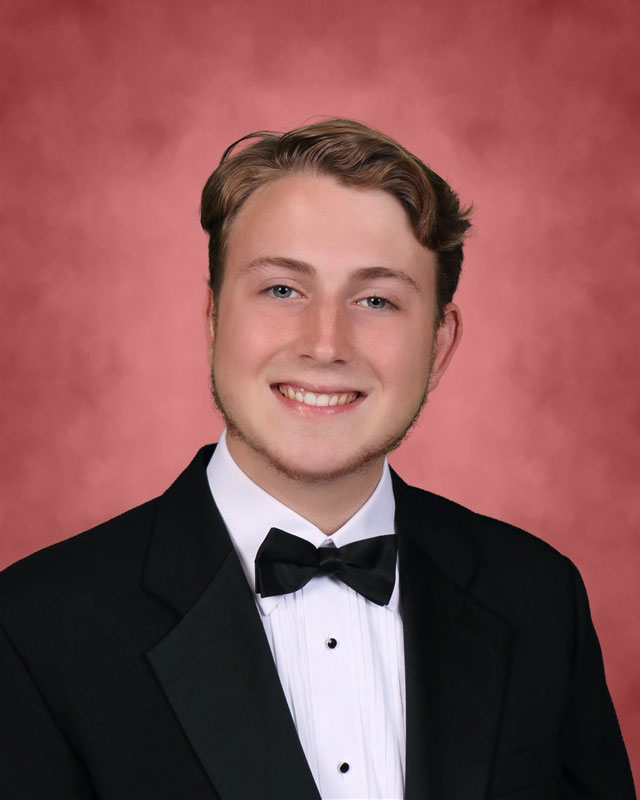 Mr. Stanley’s closest friends include Eddie Maleszewski, Thomas Holly, Nicholas Haupt and Josie Fasolino. “I met Eddie in third grade through the Cub Scout and we’ve been great friends ever since,” he said. “We’ve done everything together and are practically family. Teddy and I met in seventh grade and first became close through marching band and later, student government when he was class president and I was his VP. Nick and I became close recently within the past year and a half, but I feel like I’ve been friends with him now for much longer.”

The teenager and Ms. Fasolino has also developed a tight friendship. “I met Josie when I was a returning sophomore on the fencing team and she was joining for her first year as a freshman,” Mr. Stanley said. “We grew very close over the ensuing years. Josie and I have been through a lot together, but it’s only made our friendship even stronger. I know Josie and I will be one of the few friendships in both our lives that lasts well beyond high school.”

Three of Mr. Stanley’s favorite teachers have been Camille Tedeschi, Dianna Molenko Cazzalino and Steven Kroll. “In all the classes that I’ve had with them, I flourished and my writing abilities expanded greatly,” he said.

Latin teacher Kristin Fortunato is another of Mr. Stanley’s faculty favorites. “I’ve had her as my teacher since seventh grade and she’s shown me a lot of compassion as a student,” he said. “Even when I have struggled, she has relentlessly had my back and helped me through a lot of rough points in my life. No lies; Latin is hard. Nobody speaks it as a first language today and it’s just generally hard to learn. But, I’m really grateful for taking Latin and getting to transform in her class. Mrs. Fortunato believed in me even at points when I didn’t always believe in myself and for that, I am incredibly grateful.”

The senior plans to attend Lawrence University in Appleton, Wisconsin next fall. “I chose Lawrence University because of its small size and rural setting, its distance from home, its liberal arts education and its fencing program,” Mr. Stanley said. “Lawrence is a very small school and at 1,800 students is only slightly larger than Huntington High School’s 1,500 students.”

Mr. Stanley was also attracted to the Appleton, Wisconsin area. “The town is about a three hour drive from Chicago and is two hours from Milwaukee,” he said. “It’s a lot different than Huntington.”

The senior knows his experience in college will be markedly different than the last four years of high school. He’s looking forward to the change.

“I loved my time here at Huntington and all the opportunities that I have had to succeed through the staff and my peers,” Mr. Stanley said. “But when I was looking for schools, I know I wanted something completely different from anything I’ve ever experienced before. I wanted to see a side of the country and a side of the world that I haven’t gotten to see yet. The drive there from the Milwaukee airport is just ranches and horse stables with rolling hills of crops as far as the eye can see. Upon getting to the town and seeing the campus, I knew that Lawrence had that adventurous setting I was looking for.”

Mr. Stanley has not yet decided on what he wants to study in college or what his career will be, but he has some ideas. “I’ve thought a lot about becoming a teacher of secondary education and social work/therapy,” he said. “I love working with people and I especially love working with kids. If I were a teacher, I could see myself teaching history, participation in government, psychology, law or really anything in the social science/humanities realm of academia. I have yet to decide. But all I know is that I want to be the fun teacher that jokes with the kids and that everyone likes.”

Mr. Stanley is getting the most out of every day and he intends to keep doing so right through to commencement. He is integrally involved in the high school’s happenings through his role as the senior class president.

“I’ve loved my experience at Huntington,” Mr. Stanley said. “I have grown tremendously as a person and I’ve really had the opportunity to push myself and to find out the person I want to be here. I’ve had my ups and downs as a student. I love Huntington, but I’m ready to move on to the next chapter. I have big mind and some big plans for this world.” 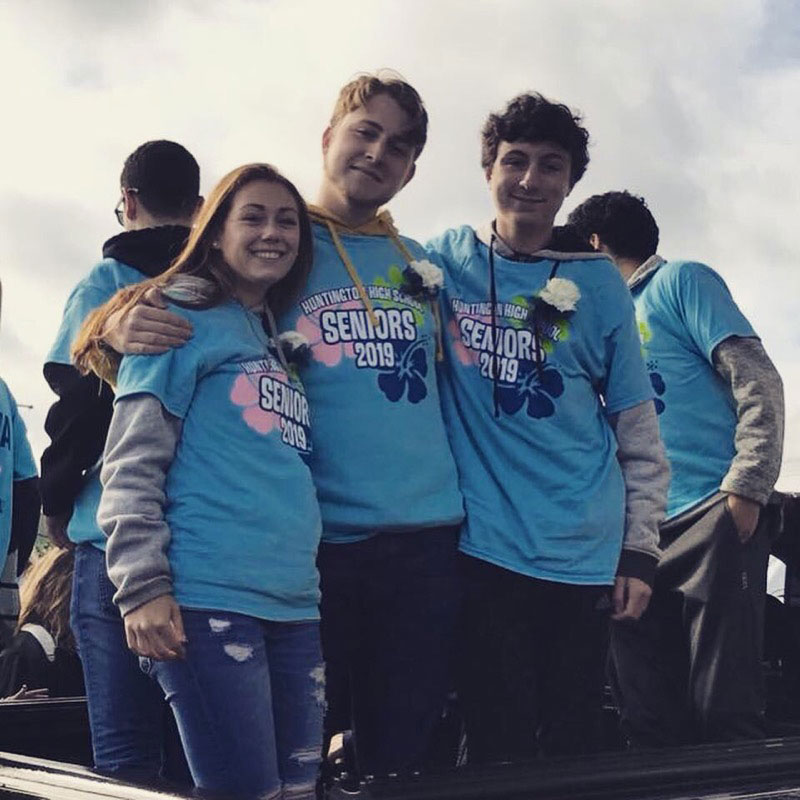 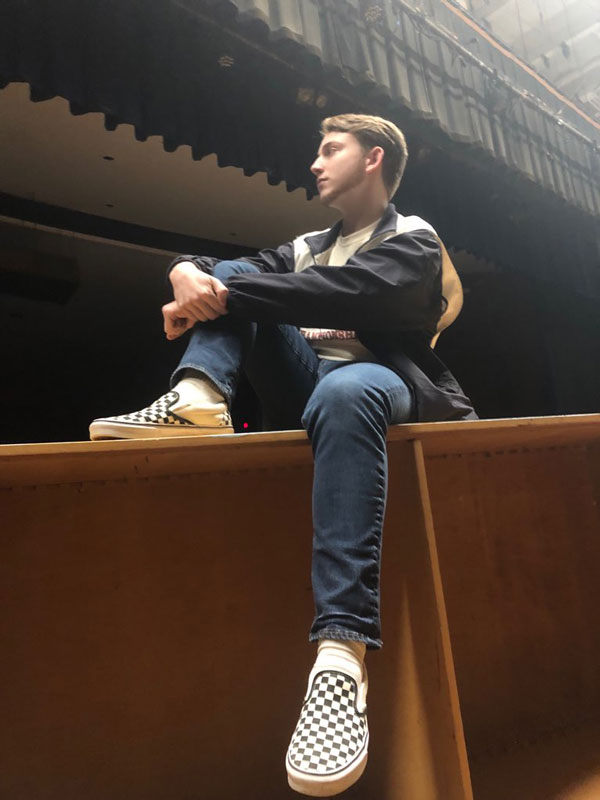 Dominick Stanley is headed to college in Wisconison. 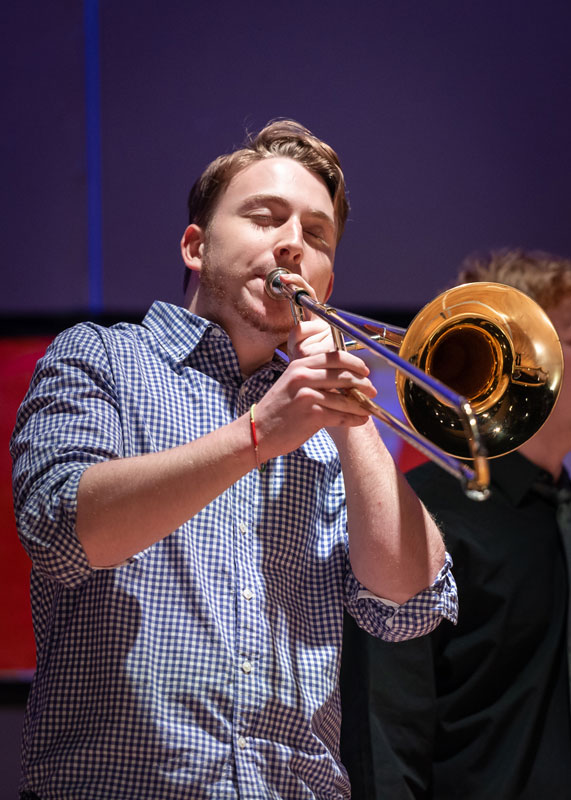 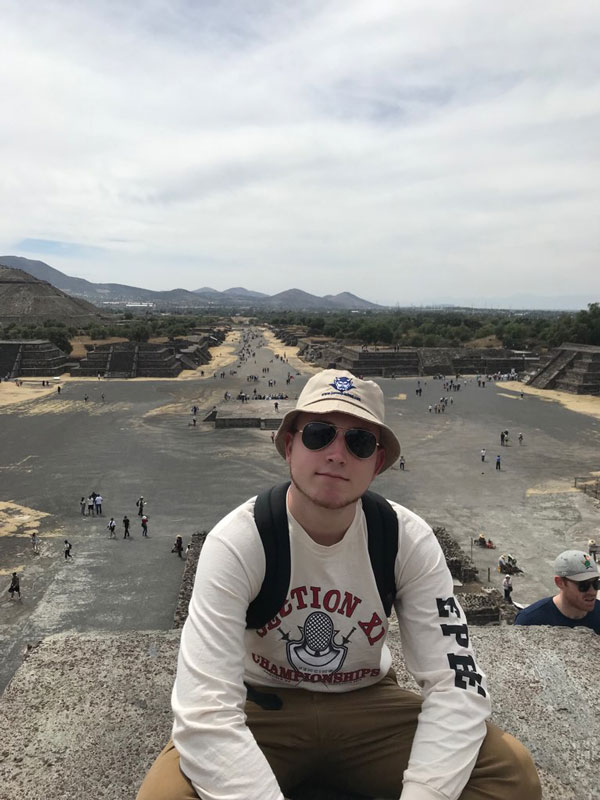 Huntington senior Dominick Stanley during a trip to Mexico.

Dominick Stanley is headed to college in Wisconison.

Huntington senior Dominick Stanley during a trip to Mexico.