Huntington High School’s snowshoe Special Olympians came home from the New York State Winter Games with a collection of gold and silver medals after a series of exceptional performances in Poughkeepsie. 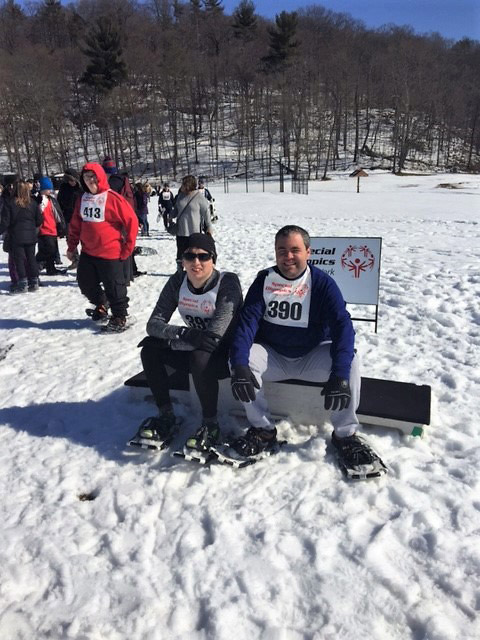 Liam Mrotzek and Brendan Cribbin take a break during the competition.

“As the day wore on and snow melted, the consistency was more like the sand we train on all year and we were totally in our element,” said Linda Costello-Roth, who coaches the Blue Devils.

The Winter Games kicked-off on Friday night with opening ceremonies in the Mid-Hudson Civic Center. The festivities included a parade of athletes, entertainment and the lighting of the Special Olympics cauldron.

Cronin shrugged off an equipment failure in the 100m. “After getting a new pair of shoes, he was off and running again in the 200m with less than five minutes between races,” Costello-Roth said. 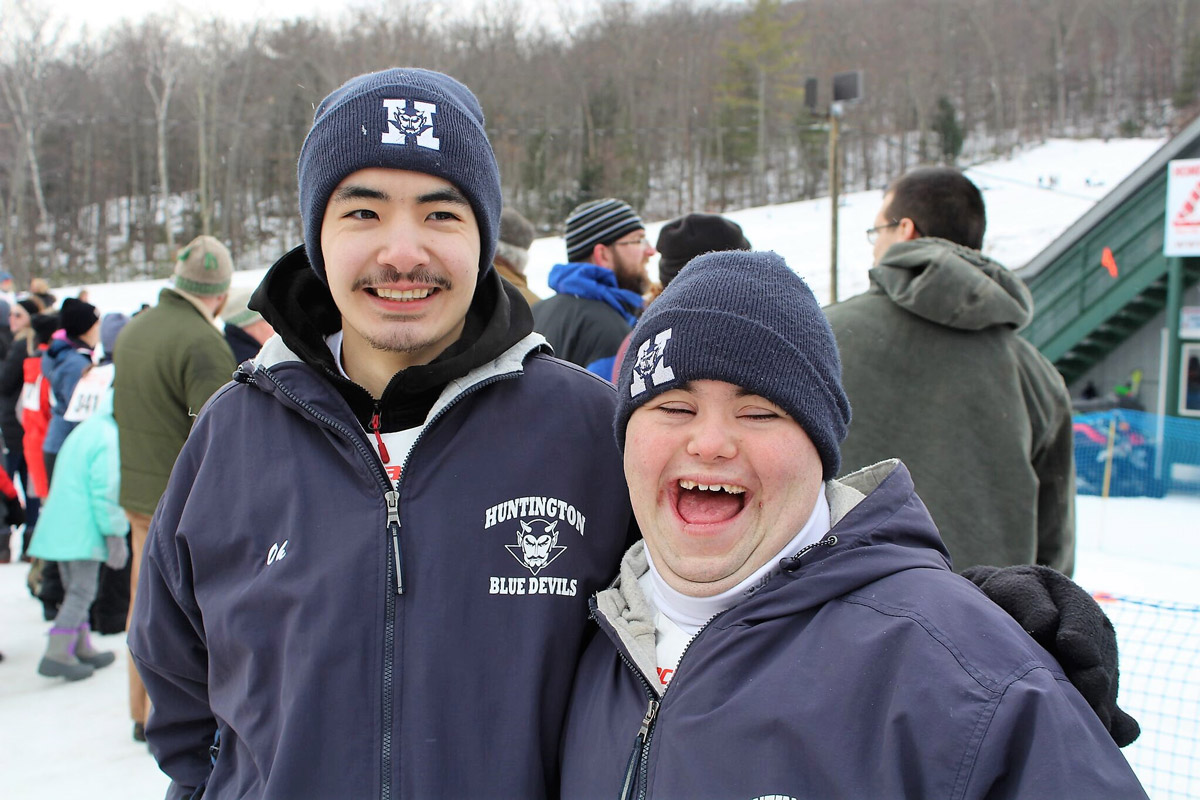 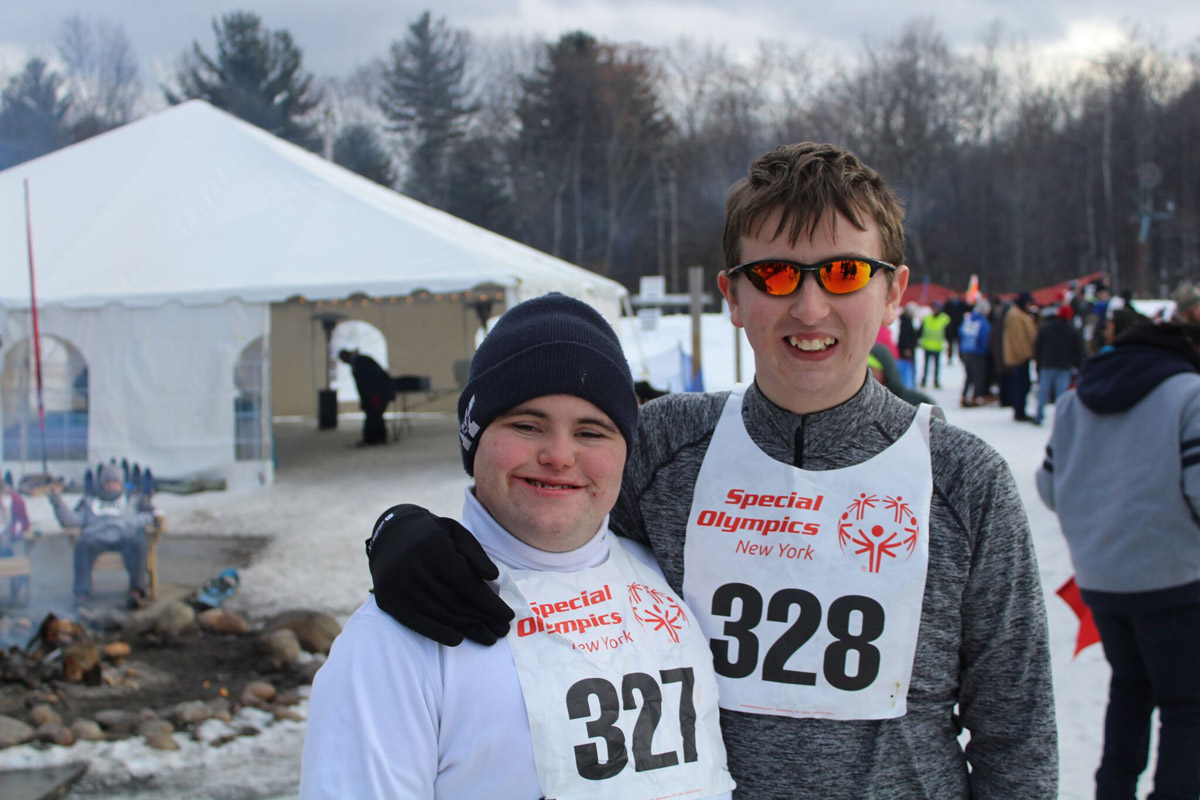 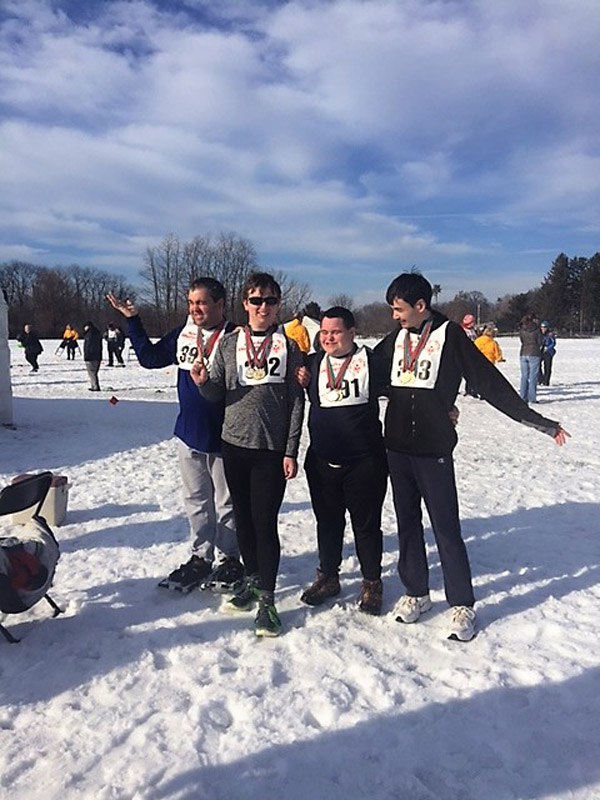 The Blue Devils proudly wear their gold and silver medals.

The Blue Devils proudly wear their gold and silver medals.