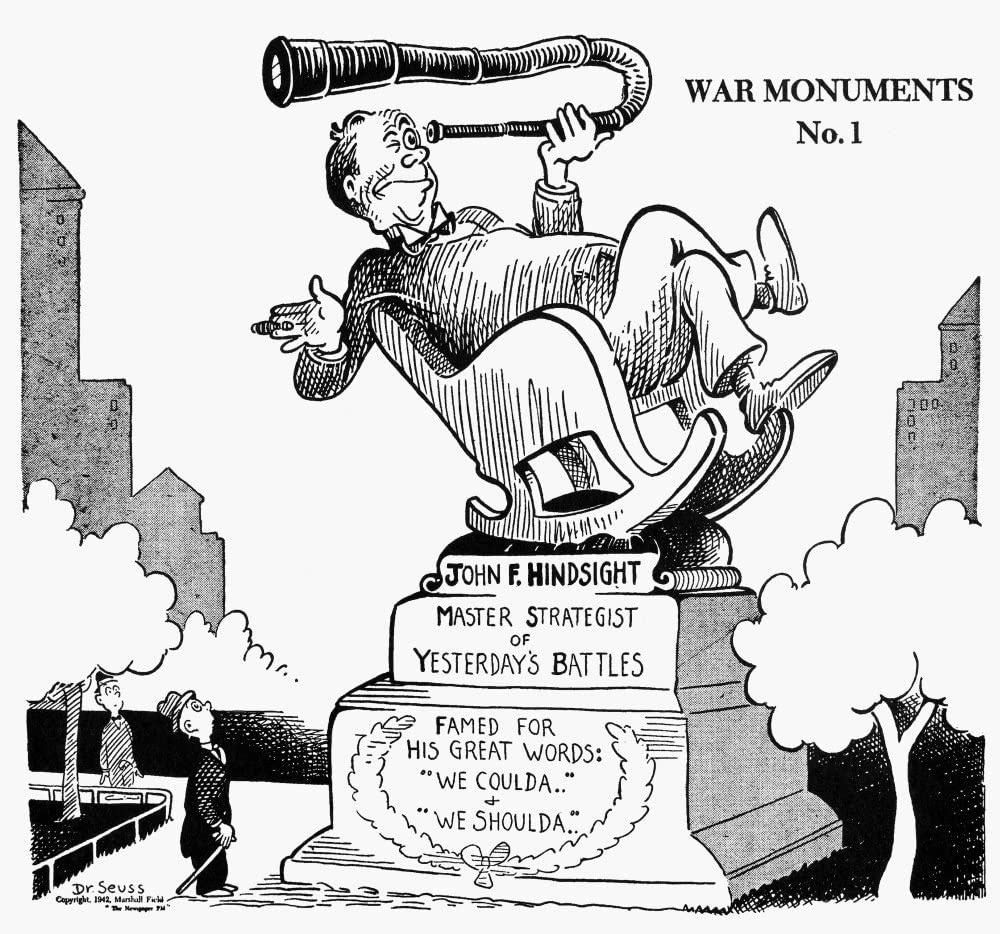 “Tallulah and I researched the effect WWII left on Dr. Seuss, arguably the greatest children’s author ever,” Ms. Proctor said. “We researched the origins of his creative drawings, which go back to his college days and writing for a literary magazine. Eventually, he was hired by a New York City magazine firm for which he drew political cartoons, attacking racism, anti-Semitism, and America’s period of isolationism. He felt that his efforts were not enough, eventually joining in the war effort, where he created films to inspire and educate the soldiers. Eventually, he came back home and was inspired by the epidemic of illiteracy in children, so he took from his previous experiences from being a cartoonist and in the war to create writing that made reading fun for children.”

“This was a very interesting topic to research because we were delving into the origins of such an influential writer on everyone’s childhood,” Ms. Proctor said. “His books were later and made into movies and even re-created into more modern movies, for all the generations to continually enjoy.”

This year’s National History Day theme is “Communication in History: The Key to Understanding.” Participants in the competition can submit work in a variety of formats from individual and group exhibits and websites to historical papers and individual and group documentaries.

“Ainsley and I chose a topic we knew we would enjoy doing in depth research on,” Ms. Pitti said. “We researched how Dr. Seuss’ experiences in WWII shaped his later career as a children’s author. I learned so many surprising and unexpected things about Dr. Seuss and I think a lot of people are unaware of the extent to his involvement in the war. Overall, I am very pleased with how this year’s National History Day project turned out. We put a lot of work into designing our website so that it was easy to use and entertaining for people to read.”