Playoff games will be played at the higher seed. There are no playoff games scheduled to be held at Stony Brook University. The Long Island football championship will also not be contested this year. The changes are all due to the COVID-19 pandemic.

“Football this year will definitely be much different, but I am so excited to play,” Torin Bograd said. “The whole team has been waiting a long time for this to finally come. We have been working this whole off season and are very confident in how we will do this year. Many kids are returning with playoff experience.”

Although the season will look nothing like any other Huntington football campaign since the high school began fielding a team in 1924, players are thrilled to be able to suit up at all, especially the seniors on the squad.

“Our football team is looking great,” Liam McDonald said. “We have a great group this year. The guys and I are ready to go at any time. We have been waiting for this group of players for a while and what we have in store for the upcoming season should be very exciting.”

Some players were beginning to doubt whether there would be a season, so everyone was excited when high risk sports were finally given approval to begin with various safety protocols in place.

“Huntington football looks good,” Kyle Green said. “Everyone is excited about the schedule that just came out. We’re just hungry and anxious to play.”

Players are pleased with how the team has come together during the pre-season. “It looks great,” Chad Rowe said. “I’m really happy to have the season in the spring with the warm weather and I’m extremely excited to get everyone back on the field and have so more games with my Blue Devil brothers.”

All-State running back Nasir Youngblood said he still has his “fingers crossed” in the hope the season is held. “I think we are going to have a good season this year,” he said.

Steve Muller will be back as the varsity team’s head coach. He will be assisted by Kevin Graham and Eric Santos. James C. Byrnes and James G. Byrnes, Jr. will coach the junior varsity squad. 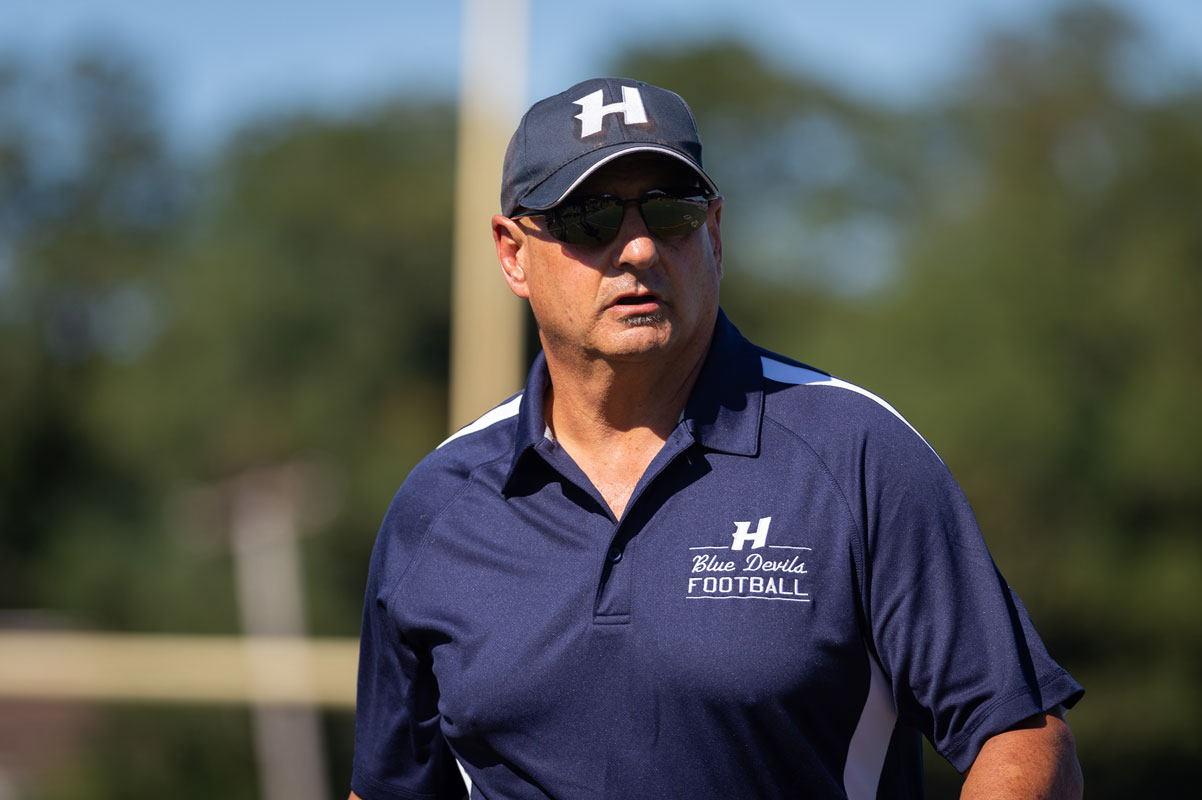 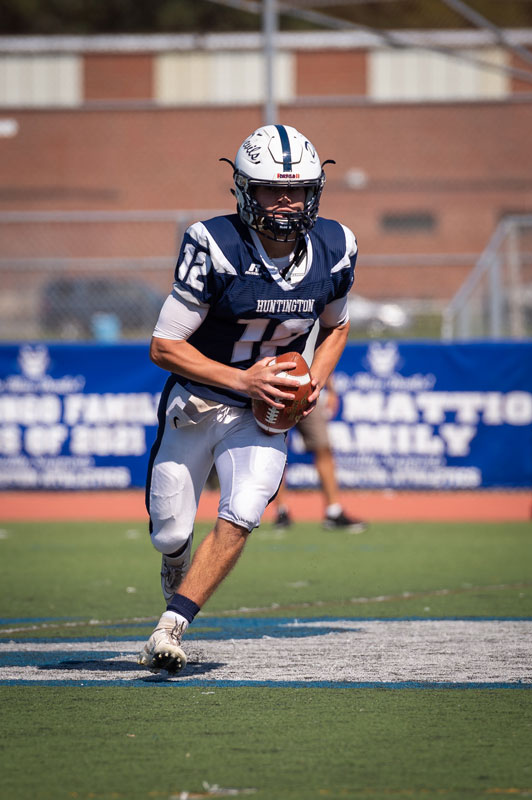