The Huntington High School football team evened its record at 1-1 with an overwhelming 54-0 victory last Saturday night at Connetquot.

The Blue Devils struck first, opening a 7-0 first quarter lead and holding a 34-0 halftime advantage. It was a much needed victory after a season-opening loss at Northport. The Blue Devils were quarantined for two weeks, so they have been facing teams that have enjoyed more practice and game time on the field.

Huntington scored eight times at Connetquot to the delight of their fans and coaches. Quarterback Torin Bograd connected for a pair of touchdown passes to Tyriek Mays-McKoy that covered 23 yards and 64 yards, respectively.

Robbie Smith also scored two touchdowns on runs of 12 and 26 yards. Josiah Melendez found the end zone when he broke free for a 61 yard run. Ryan Porzio scored on a 19 yard run and Lucas Petrizzi scored on a three yard run.

“The win against Connetquot was a great team victory,” Bograd said. “We needed a win like that to bounce back from our first game. Every aspect of the team played great. This game gave a lot of the team very good experience that we are going to need going forward in the season. We are excited to get back out there on Saturday against Smithtown East.”

The Blue Devils are hoping to play several more games this season, but the schedule is still tentative and taking shape. 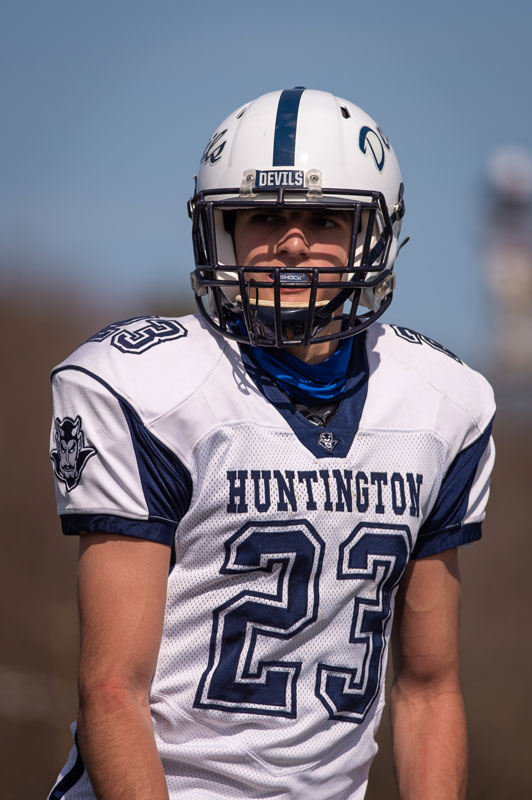 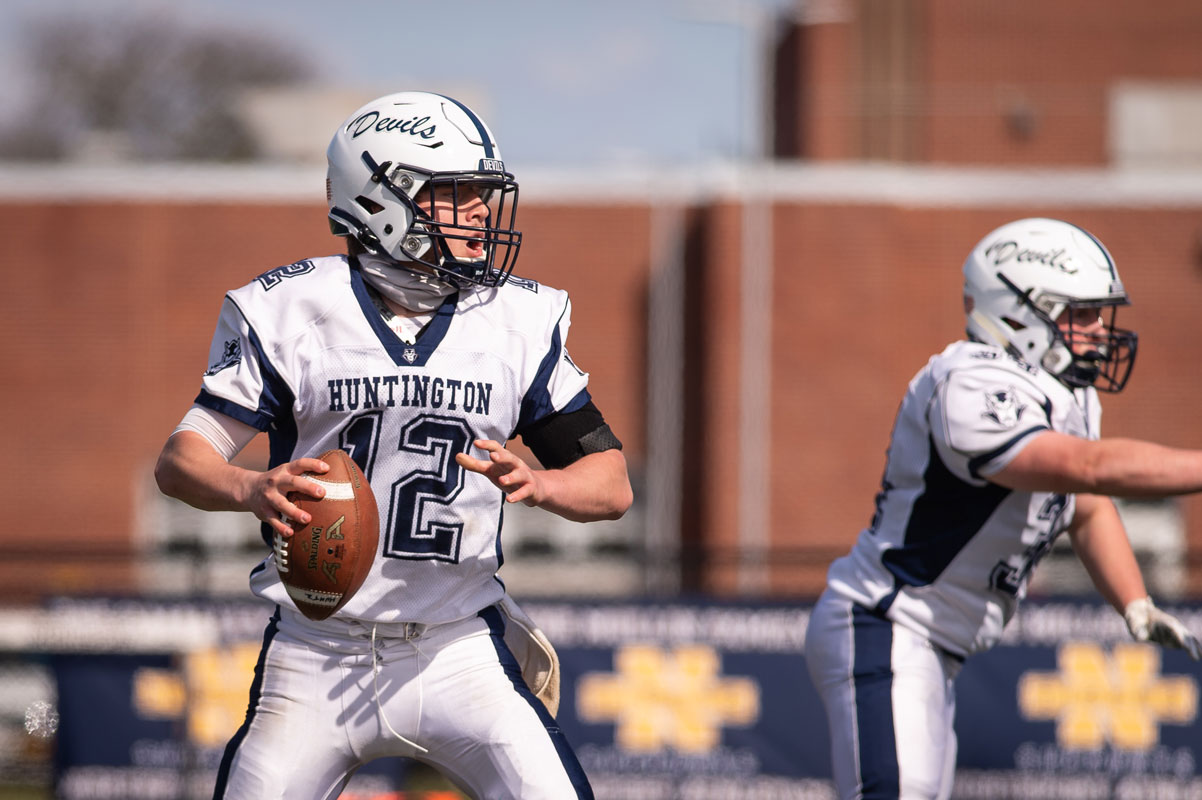