The Huntington girls’ basketball team can’t wait to take the court for the first official day of practice on January 4. While the season starting date has been altered due to the COVID-19 pandemic, players are just as enthusiastic as ever to get back into their Blue Devil uniforms.

The Blue Devil varsity will once again be coached by Michael Kaplan and Marissa Bergmann. John Romano will serve as the JV’s head coach.

Jordan Forte and Plachta both won All-League honors last winter and the pair is expected to lead the Blue Devils. Kaplan said the league competition is expected to be fierce, but he’s happy with his returning core and sees some strong players coming up from the JV.

“I think the team looks good heading into this season and I think we have a chance,” said Jordan Forte, who fills the role of Huntington’s defensive specialist. “We have a decent amount of returning players that are all willing to put in the work during the pre-season to make sure the season is a success. Everyone is eager to get out on the court and get the season underway. Both the players and coaching staff believe that this team has something special. I cannot wait to play my final season of basketball.”

Huntington compiled a 12-9 overall record (7-5 in league play) last season. The team won a tournament at Islip and took second place in another tournament at Center Moriches.

“I’m so excited to get back on the court with my teammates,” said Plachta, who averaged 12 points per game as a sophomore. “I think we look good coming into the season as I know a lot of people have been working individually. I think our hard work will show in our play and we are going to have an awesome year.”

Section XI hasn’t posted schedules yet, but games are tentatively slated to begin on January 11. The team is expected to begin pre-season conditioning in a few weeks.

“The team is going to look great going into this season,” Browne said. “We are such a multi-sport athletic group that it will take no time to get back into the groove of things. With our great players and amazing coaches, there’s no doubt we’re going to excel this year on the court.” 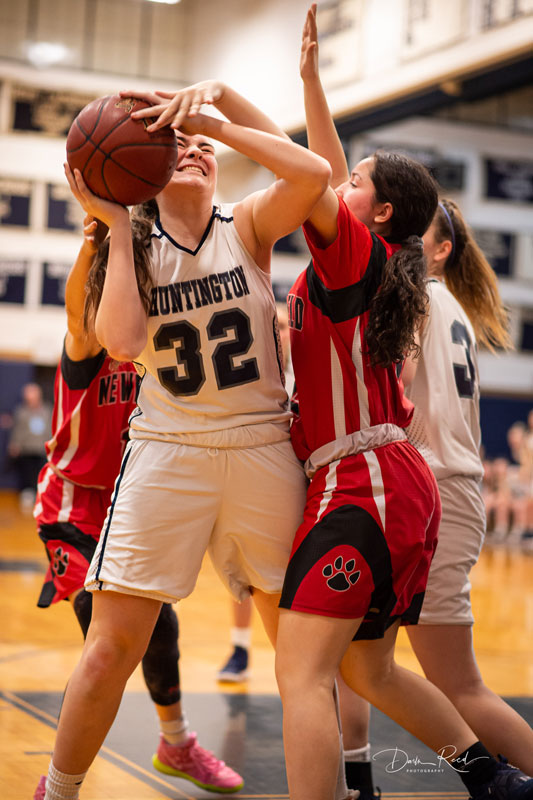 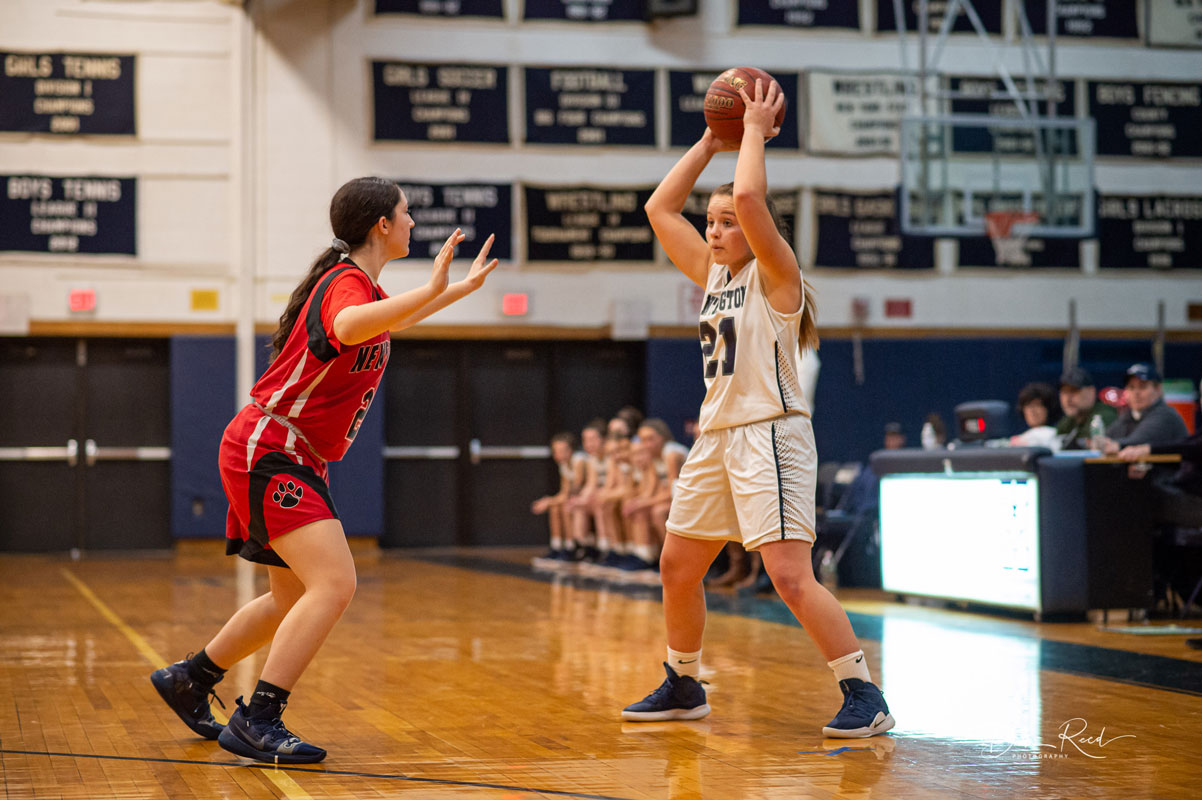 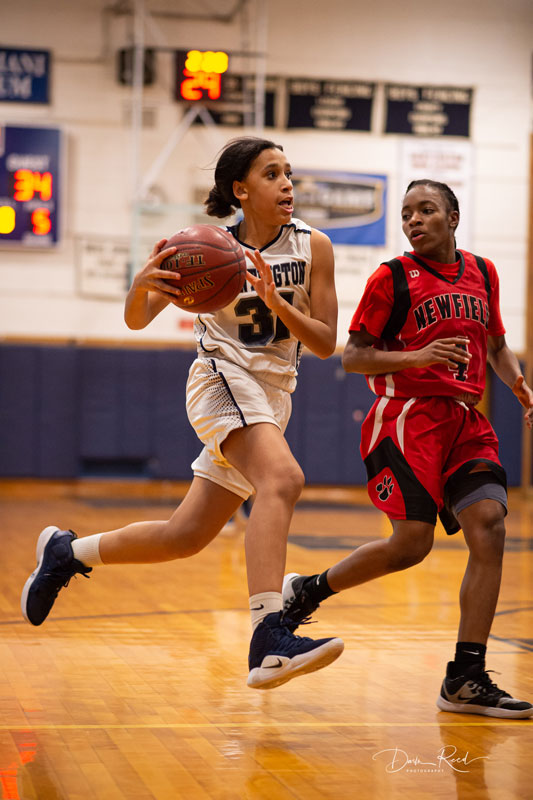 Makaylah Frazier races down the court with the ball. (Darin Reed photo)

Makaylah Frazier races down the court with the ball. (Darin Reed photo)