She’s been a star on Huntington High School’s mock trial team and in its Virtual Enterprise business program and now senior Lena Annunziata is set to take her star with her as she preps to attend Penn State University and study in its renowned Smeal College of Business next fall.

The teenager has led a charmed life around the high school these past four years, capturing the respect and affection of the building’s faculty and staff along with her classmates and students on every grade level. She’s well-known as a mover and shaker who gets an awful lot done, sometimes under the radar and out of notice. 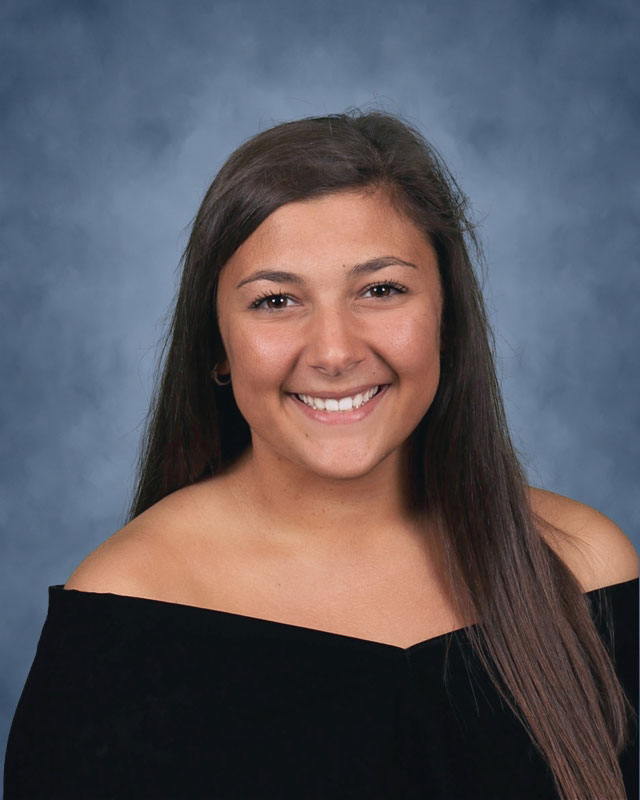 Ms. Annunziata has played on the Blue Devil varsity girls’ soccer and lacrosse teams. She’s an administrative assistant with the wrestling team this winter, handling many office tasks among other responsibilities.

“I’ve always known that I wanted to go to a big school,” Ms. Annunziata said. “So the first time I visited my sister Bella, who is a sophomore at Penn State this year, I fell in love with the atmosphere. Its ‘We Are’ mentality reminds me of all that I love about Huntington.”

Ms. Annunziata was admitted to the Smeal College of Business based on her strong academic record and trail of excellence in the Virtual Enterprise program.

“I am not allowed to declare a major until my second semester, however, as of right now, I anticipate on majoring in business administration with a minor in entrepreneurship,” the senior said. “My ultimate career goal is to become an attorney so I do plan on attending law school after I graduate from Penn State.”

Ms. Annunziata’s plays an outsized role on the Huntington High School mock trial team. She has been a mainstay in the program for many years and has helped make it one of the best in the county and state.

“The highlight of my senior year so far was playing in my very last soccer game on our senior day,” Ms. Annunziata said. “Although it was a bittersweet moment, it reminded me of all the memories I’ve made playing for Huntington throughout the years and I'm sure that with the mock trial season approaching, I’ll be making many more memories doing the things I love.”

The teenager excelled in the Virtual Enterprise program as a junior, taking on an executive position and working hard with classmates to win several awards for the company the group created from scratch.

Ms. Annunziata believes incoming Huntington freshmen should be confident they will find what they need to be successful within the building’s walls. “High school can be intimidating; you may not think you belong and you may not know what you want to do in the future, but I promise you, there is a class, club, sport or even just a teacher that will guide you to what you’re passionate about,” she said.

An energetic, enthusiastic and personable young woman, Ms. Annunziata eagerly takes on complicated tasks. Her organizational skills are among the best and her drive and determination are hard to match.

“My experience at Huntington has been unforgettable,” Ms. Annunziata said. “It has given me the opportunities necessary to be where I am today and will be in the future. The friends I’ve made, the things I’ve learned and all the fun I have had will always stay with me.”

Lena Annunziata has the ball for Huntington. (Mike Connell photo.) 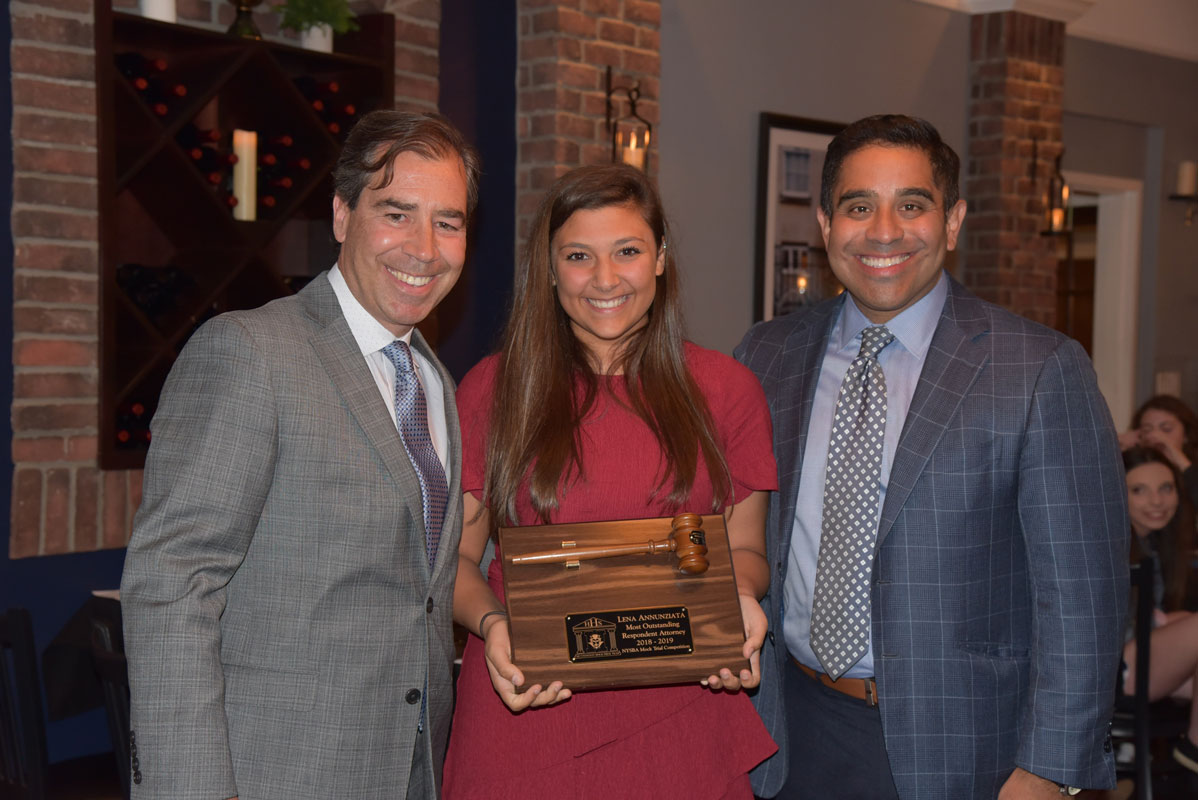 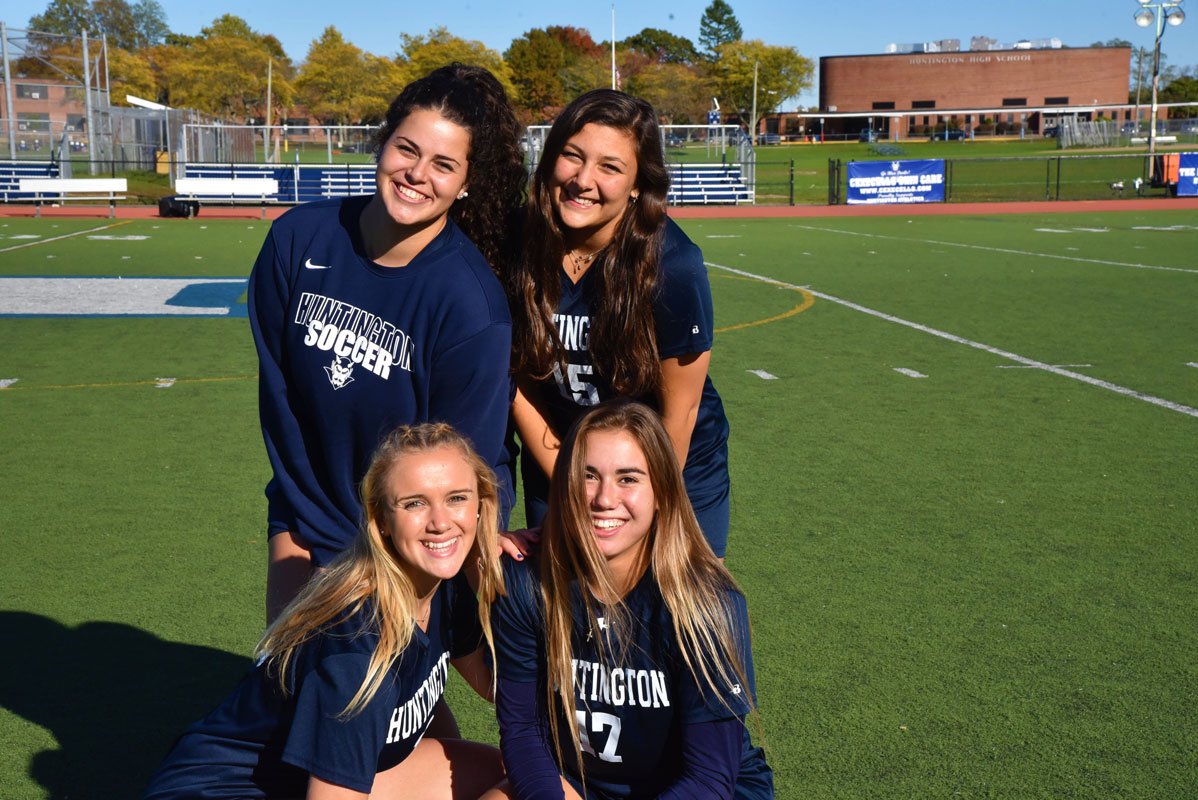 Lena Annunziata has the ball for Huntington. (Mike Connell photo.)