The Huntington High School girls’ fencing team turned in its strongest season in many years and it appears the best is still yet to come. 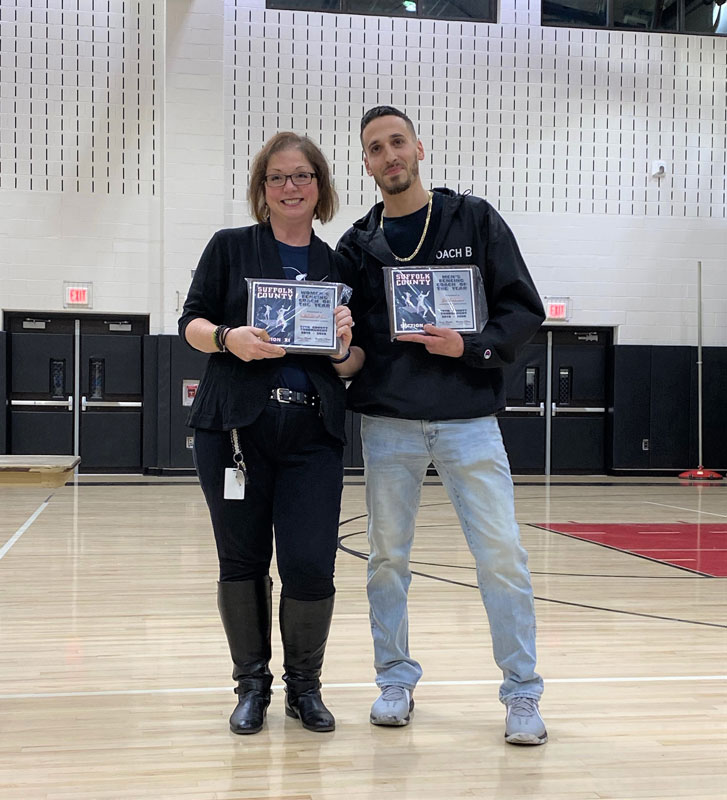 “All of the coaches are extremely proud of each athlete’s performance and sportsmanship,” said Huntington head coach Michelle O’Brien, who was named Suffolk Girls’ Coach of the Year in a vote by the county’s fencers. “The team won approximately 30 percent more bouts than they did at the 2019 championships, which reflects their hard work this season.”

The Blue Devil girls’ squad has really stepped up its game, fencing during the off-season, attending summer camp and training throughout the year.

O’Brien is assisted by Vin O’Garra (boys) and Burke Tomaselli (girls). The Huntington girls appear well-positioned to make further competitive advancements next winter with the entire starting lineup returning in all three “weapons” with the exception of Fasolino, who will be graduating in June.

“We had an amazing season this year,” Kustera said. “We increased our win percentage by 33 percent from last year. We got a new coach, Burke Tomaselli who pushed us to our full potential and encouraged us to rethink our strategies on the strip. Fencing is more than just a team; we're family. 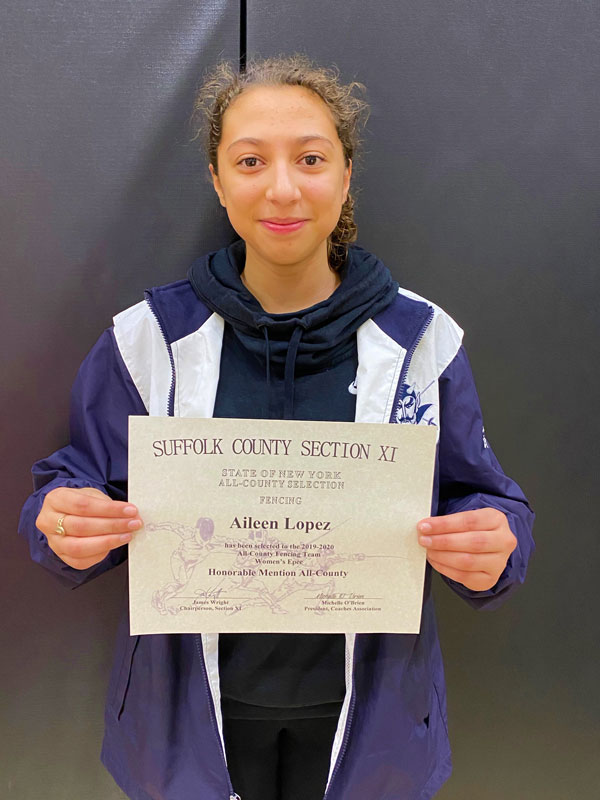 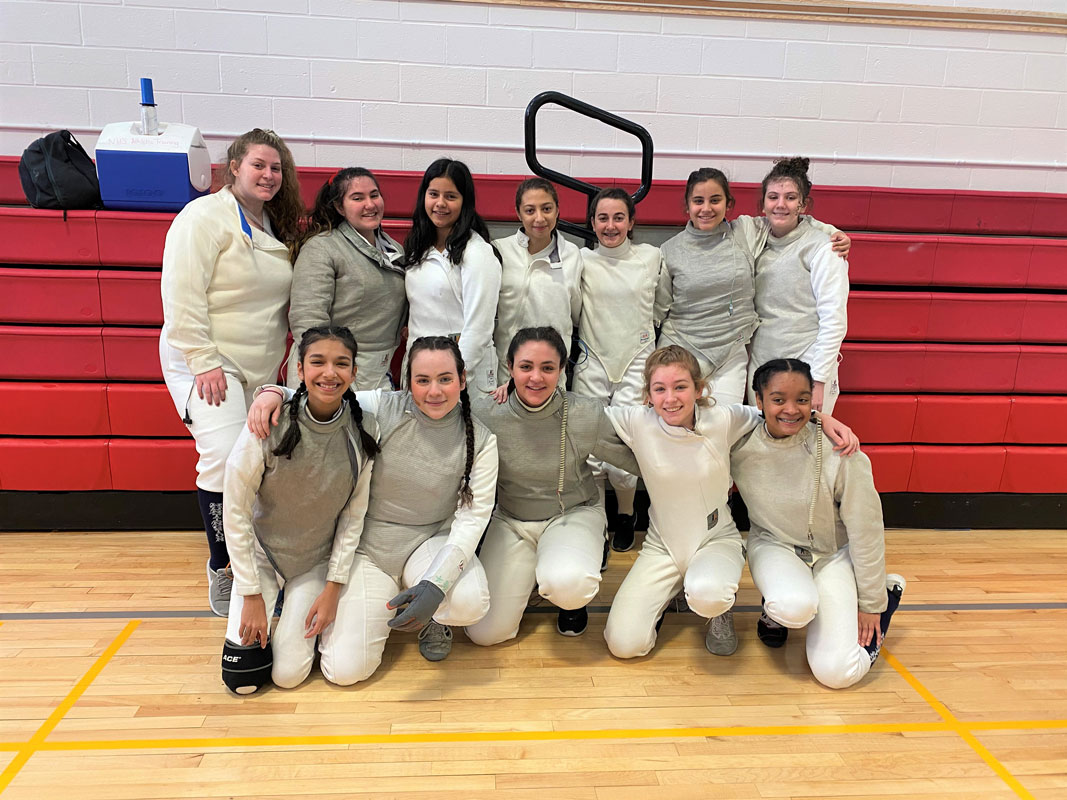 The Blue Devils' sabre, foil and epee team that competed in the county championships.

The Blue Devils' sabre, foil and epee team that competed in the county championships.