Dominick Stanley graduated late last June with Huntington High School’s Class of 2019. The teenager developed many close relationships with the teachers he worked with through the years and one day soon he hopes to join their ranks. He is this year’s recipient of the Associated Teachers of Huntington’s annual scholarship.

Mr. Stanley was an outstanding student, garnering Advanced Placement Scholar recognition and earning induction into the Huntington chapter of the Social Studies Honor Society. He is headed to Lawrence University in Appleton, Wisconsin where he is interested in studying to become a social studies teacher. 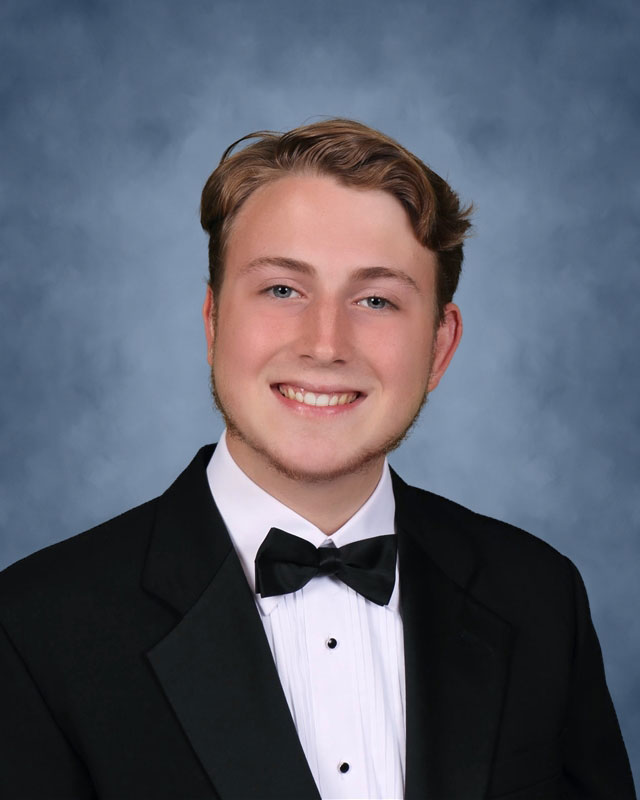 President of Huntington’s Class of 2019, Mr. Stanley was the captain of the Blue Devil fencing team during the 2018/19 season. He completed four Advanced Placement courses as a senior.

“I chose Lawrence University because of its small size and rural setting, its distance from home, its liberal arts education and its fencing program,” Mr. Stanley said. “Lawrence is a very small school and at 1,800 students is only slightly larger than Huntington High School’s 1,500 students.”

Mr. Stanley is also attracted to the Appleton, Wisconsin area. “The town is about a three hour drive from Chicago and is two hours from Milwaukee,” he said. “It’s a lot different than Huntington.”

ATH President James Graber presented Mr. Stanley with a $1,000 scholarship funded by the dues paid by district teachers to be members of the professional teaching organization.

Mr. Stanley has not yet firmly settled upon what he wants to study in college or what his career will be, but he has some ideas. “I’ve thought a lot about becoming a teacher of secondary education and social work/therapy,” he said. “I love working with people and I especially love working with kids. If I were a teacher, I could see myself teaching history, participation in government, psychology, law or really anything in the social science/humanities realm of academia. I have yet to decide. But all I know is that I want to be the fun teacher that jokes with the kids and that everyone likes.”

The ATH had 179 teacher members at the time of the 1953 profile. Today is has more than twice as many faculty members in its ranks.

The ATH is still going strong 86 years after it was founded. The organization negotiates the collective bargaining agreement that the district’s teachers work under. It reaches out into the community through several annual initiatives.