“Jennifer had never made a documentary before and this was her first time participating in National History Day,” Principal Brenden Cusack said. “Her work had excellent visuals, just wonderful narration and the depth of the research was truly incredible.”

Founded in 1929, the League of United Latin American Citizens is “the largest and oldest Hispanic organization in the United States,” according to the organization’s website. LULAC advances the economic condition, educational attainment, political influence, housing, health and civil rights of Hispanic Americans through community-based programs operating at more than 1,000 LULAC councils nationwide. The organization involves and serves all Hispanic nationality groups.”

Ms. Lopez Del Cid really gave the project her full attention and effort and the final product is exceptional in every regard.

“The documentary informs others about the difficulties that Latin Americans have faced in being respected in the United States, along with the way in which one court case led to a national change,” Ms. Lopez Del Cid said. “For many generations Mexican-Americans were denied basic civil and human rights. Once the League of United Latin American Citizens was established the change had begun. The Mendez vs. Westminster lawsuit was the first case in the United States that ruled on desegregation. As a result, many new educational opportunities arose for Latin Americans.” 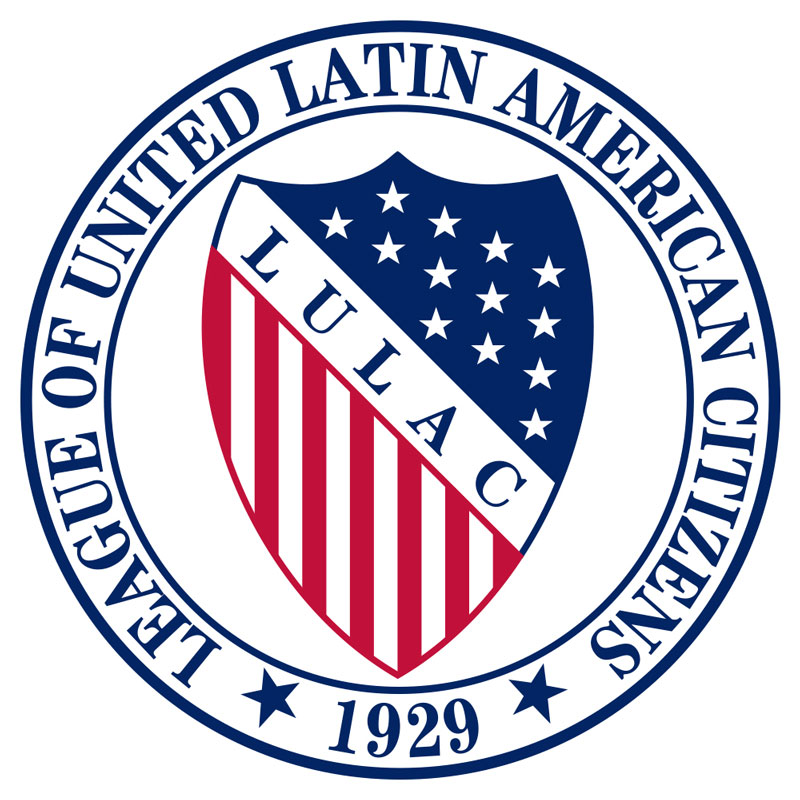 The seal of the League of United Latin American Citizens.

The teenager said that she choose her specific topic because her goal was to educate people about an unknown historical event that had occurred in the United States.

“I came across an interview of Sylvia Mendez which stated how Felicitas Mendez felt the change made by the Mendez vs Westminster lawsuit was something not many people were aware of,” Ms. Lopez Del Cid said. “Therefore, after investigating multiple organizations, I came to the realization that the League of the United Latin American Citizens would be the best selection.”

A member of Huntington High School’s High Honor Roll, the freshman spent many long hours on the project.

“I began to conduct research by reading multiple articles on the internet, which gave me a better appreciation of what occurred during the early 1900’s to Latin Americans,” Ms. Lopez Del Cid said. “Throughout the many months I conducted research, I read articles posted on the LULAC website. There were many articles of this organization's accomplishments posted on its website. Additionally, I watched interviews of Sylvia Mendez, Isabell Verver de la Vega and Mr. Manuel Gonzalo, which all provided me with a better perspective of the events that occurred.”

A thoughtful young woman, Ms. Lopez Del Cid has been looking into multiple career options as she plans for the future. “I came across the career of a human resources manager, which gained my interest,” she said. “I would like to study that in college.”

If the teenager could choose any college in the country to attend after graduating from high school it would be the University of Pennsylvania in Philadelphia.

“I am very content with the outcome of my project,” Ms. Lopez Del Cid said. “I was very proud of myself since it had been something I had never previously done. Initially. it seemed challenging, but eventually I became devoted to creating the documentary. Overall, it was a great learning experience since I gained more knowledge in addition to being given the opportunity to teach others.”

Click on this link to watch the documentary: https://drive.google.com/file/d/1DI3hO6QZpr1WViiFPy3XTN6EHDV4BACq/view?usp=drivesdk