The Huntington High School drama club is going virtual until the COVID-19 pandemic subsides. The group will hold online auditions beginning this week for parts in its fall dramatic production of “The Diary of Anne Frank” by Frances Goodrich and Albert Hackett as newly adapted by Wendy Kesselman.

Interested in auditioning for the play or learning additional information about it? Send a message as soon as possible to drama club faculty advisor Michael Schwendemann at mschwendemann@hufsd.edu. Specific dates, times and log-in codes for auditions will be provided.

“In this powerful new adaptation by Wendy Kesselman, Anne Frank emerges from history as a living, lyrical, intensely gifted young girl, who confronts her rapidly changing life and the increasing horror of her time with astonishing honesty, wit and determination,” Mr. Schwendemann said.

Ms. Frank was born in Germany, but moved to Amsterdam in the Netherlands when the Nazis rose to power in 1933. During the Nazi occupation of the Netherlands, she hid in a “secret annex” with Edith, her mother, Otto, her father and Margot, her sister from July 1942 until their arrest by the Gestapo (German secret police) in August 1944. It is still not known who betrayed the family or why.

Given a diary for her thirteenth birthday, Ms. Frank conscientiously kept it throughout her time in hiding. Some of it survived World War II and became a worldwide best-seller when it was published.

The family was eventually separated among different concentration and death camps and three of four members were murdered by the Nazis. Anne Frank and her sister both died after being stricken by typhus/typhoid fever brought on by overwork, malnutrition and filthy and inhuman conditions at the Bergen-Belsen concentration camp in northern Germany, where they were both buried in mass graves. Edith Frank was killed at the Auschwitz death camp in occupied Poland. Only Otto Frank survived Auschwitz and the war.

“An impassioned drama about the lives of eight people hiding from the Nazi’s in a concealed storage attic, ‘The Diary of Anne Frank’ captures the claustrophobic realities of their daily existence; their fear, their hope, their laughter, their grief,” Mr. Schwendemann said. “Each day of these two dark years, Anne’s voice shines through: ‘When I write I shake off all my cares. But I want to achieve more than that. I want to be useful and bring enjoyment to all people, even those I’ve never met. I want to go on living even after my death!’”

“In this time of quarantine and uncertainty who better to observe than the Frank’s as they confront the unknown of both their circumstances and the threats that are ever present outside their hiding place,” Mr. Schwendemann said. 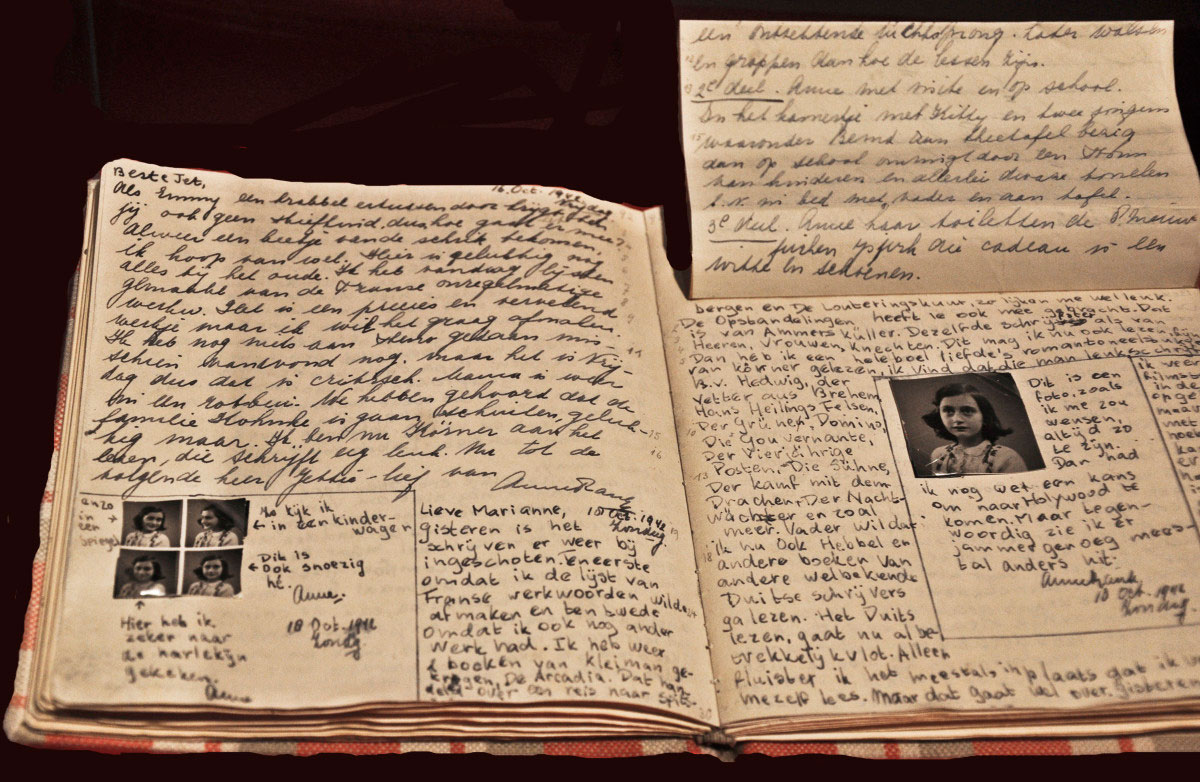 The diary of Anne Frank 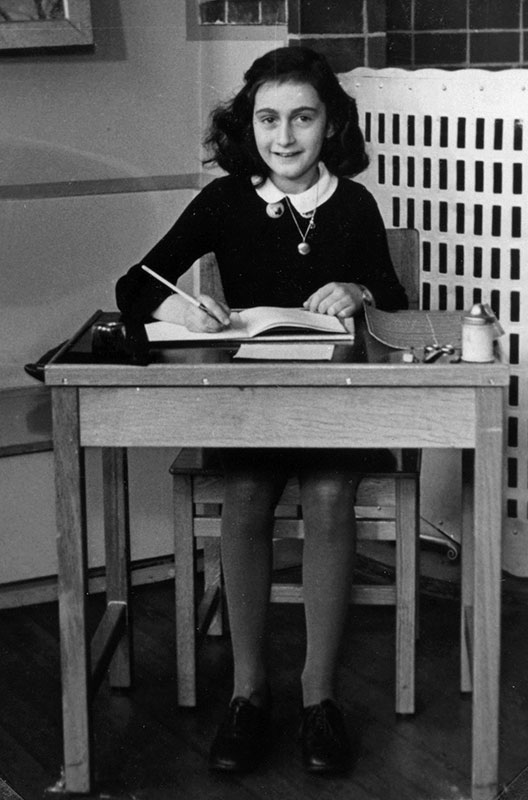 Anne Frank at her school desk in the Netherlands. 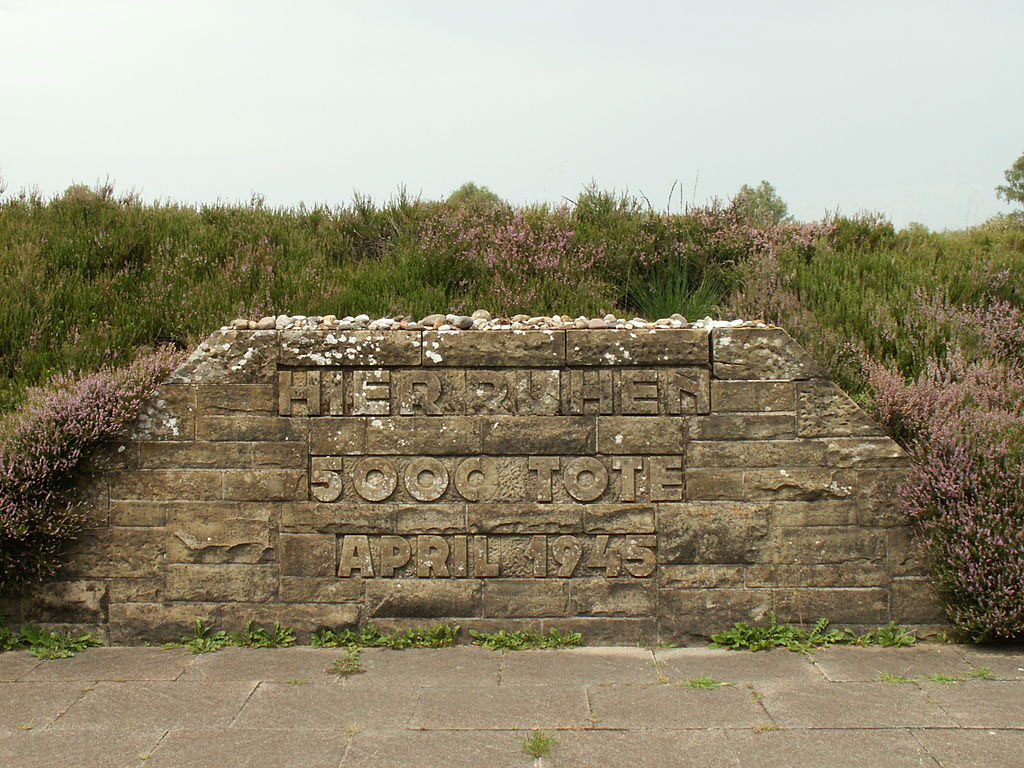 The diary of Anne Frank

Anne Frank at her school desk in the Netherlands.