It’s almost impossible to predict anything with the COVID-19 pandemic continuing, but for now, interscholastic athletics are scheduled to resume on January 4, 2021.

Inter-school play was stopped early last March as the virus started its march through New York. Sports never resumed and the spring season was eventually cancelled. Permission was granted this fall to begin pre-season conditioning programs at schools and Huntington UFSD has availed itself to the opportunity to get coaches and athletes back on the fields and courts one or two days a week. 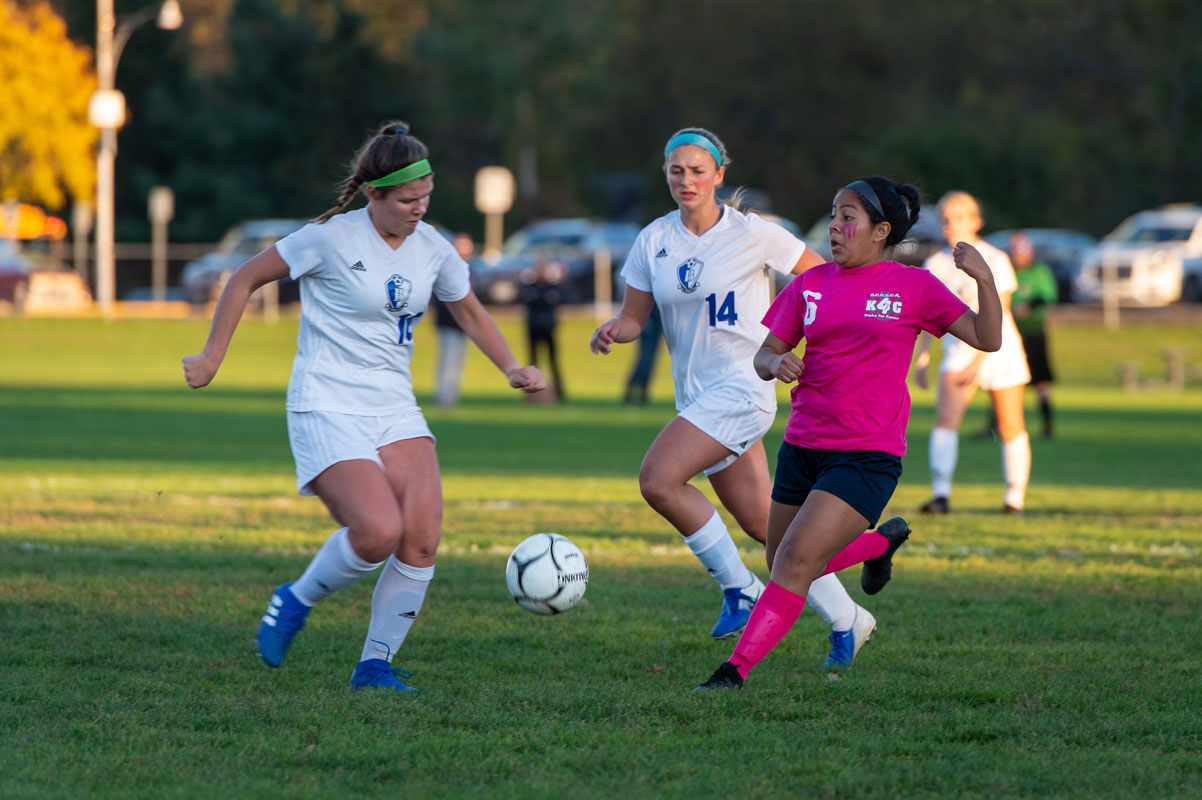 Huntington girls' soccer players hope to be able to suit up next spring. (Darin Reed photo.)

There is a long list of safety protocols in place, including temperature and health checks, mandatory masks and equipment cleaning requirements.

The winter sports season at Huntington High School is scheduled to run from January 4 to February 27. Currently, boys’ and girls’ basketball and wrestling are considered “high risk” sports and are not approved other than for conditioning activities. There can be no contact whatsoever.

Winter Season I is scheduled at J. Taylor Finley Middle School to run from January 4 through February 6. Winter Season II is slated for February 8 through March 20.

Even sports that have been cleared face challenges. For example, the sport of indoor track and field has seen its main facility for competition in Suffolk become unavailable in the midst of the virus. There have been informal discussions about trying to hold competition outdoors, weather permitting, but no decisions have been reached.

For now, the Blue Devils are just happy to be able to get together with their teammates and coaches several times a week for training and conditioning.

“Finally being able to get out with the team again has been great,” said senior Torin Bograd, who plays quarterback for the Huntington varsity football team. “Everyone is working very hard and staying focused and hopeful for our season. The team looks great and we have been getting better each week.”

Although there was a recent cold snap, teams have benefitted from above average temperatures this fall and generally mild weather.

“Pre-season conditioning is going really well,” said sophomore Grace Agrillo, who is one of the top Blue Devil field hockey players. “I have so much fun being with all the girls that I haven’t been able to see in a while. Just being back on the field is so much fun! It’s so nice to be able to play again even if it we can’t fully play yet.”