Flower Hill Primary School students observed Veterans Day this week, learning about the history behind it and honoring those who have served America in uniform.

Flower Hill’s second graders were especially excited to show their appreciation for the veterans residing in the local community. The youngsters studying in the classes of teachers Arlette Epstein, Brenda McManus and Tiffanie Kelly discussed the creation of Veterans Day and why it’s officially celebrated nationwide on November 11.

Students heard that a “veteran” is defined as any man or woman who has served in the US military. They learned that on November 11, 1918 an armistice was reached between opposing nations to effectively end World War I. Observances began the following year on what was then called Armistice Day. In 1954, President Dwight D. Eisenhower extended the observance to any American who had ever served in uniform and changed the name from Armistice Day to Veterans Day.

Flower Hill’s second graders created colorful posters expressing their thanks to veterans for the sacrifices they have made for the country. Students posed with their posters in the school’s hallways. Soon the artwork will have a much larger audience.

“Our second grade Flower Hill Foxes took great pride in their posters to show how thankful we are for veterans’ sacrifices,” Ms. Kelly said. 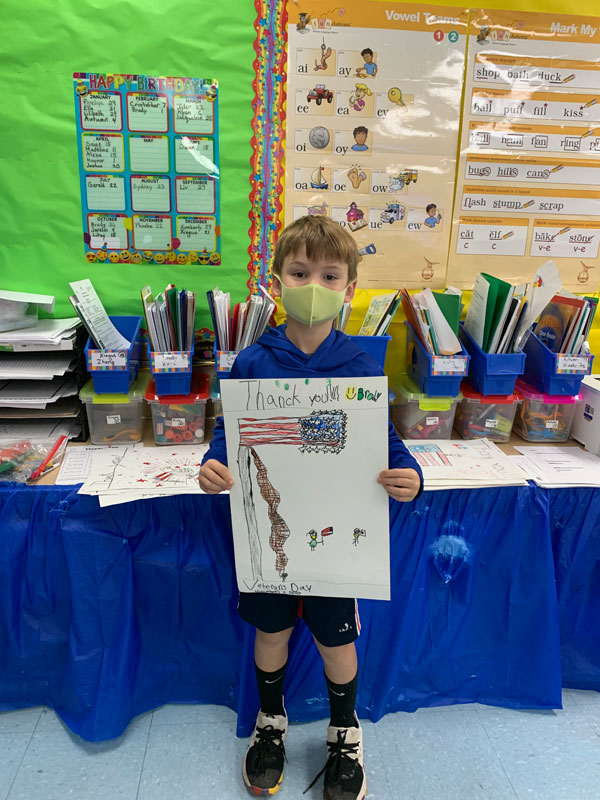 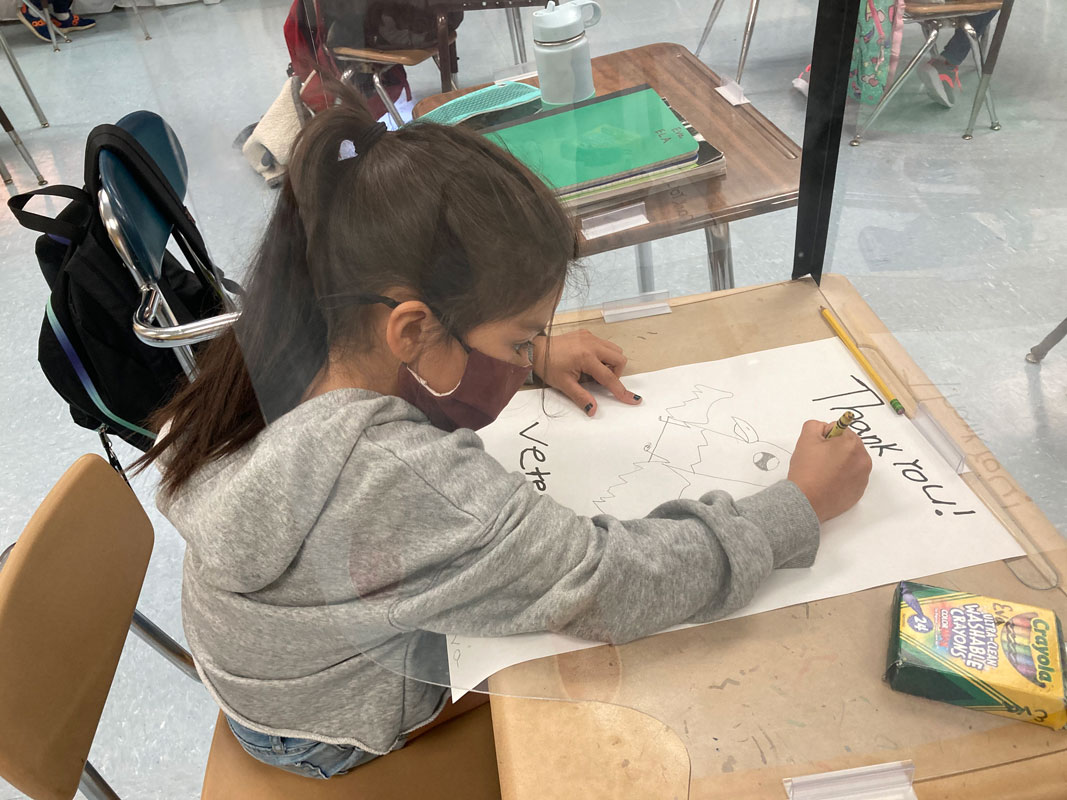