The age of COVID-19 has ushered in changes to just about everything, even Advanced Placement Physics class at Huntington High School.

While the subject can be among the most challenging that any high school student will tackle, the Huntington AP Physics students are having socially distanced fun in class during the ongoing pandemic.

Huntington science teacher Stacey Byrnes recently arranged a lab to promote her students’ study of Hooke’s Law. Naturally, modifications were made due to COVID-19.

“For that lab, we were trying to measure the spring constant of the toy,” junior Ainsley Proctor said. “AP Physics is hard, but when you apply or see it in real life and are able to perform experiments similar to the ones we read about in problems, it’s much easier to understand. Labs are a little different, because of COVID-19. But safely working together and gaining insight from your lab partners really helps us to comprehend the material.”

Named after 17th century British physicist Robert Hooke, “Hooke’s Law is a principle of physics that states that the force needed to extend or compress a spring by some distance is proportional to that distance,” according to Physics.org. “Hooke sought to demonstrate the relationship between the forces applied to a spring and its elasticity. He first stated the law in 1660 as a Latin anagram, and then published the solution in 1678 as ut tensio, sic vis – which translated, means ‘as the extension, so the force’ or ‘the extension is proportional to the force.’ Hooke’s law is the first classical example of an explanation of elasticity – which is the property of an object or material which causes it to be restored to its original shape after distortion.”

That’s a little example of just how challenging physics can be, but Huntington High School students have never been afraid of tough subjects.

“The Hooke’s Law lab required them to calculate the spring constant within the spring toy,” Ms. Byrnes explained. “I’m trying to find/modify labs so they can still be doing labs and learning hands-on while being able to socially distance from their peers in the classroom. So much of the fun of physics are the hands-on components. They have lost so much and I didn’t want to take that away from them, too. We are definitely met with obstacles this year, but we are always finding new and creative ways to make it work.”

In order to calculate the spring constant, students needed to design their own lab and figure out how to do it. “After some trial and error, all groups realized that they needed to measure how high the toy bounced to, calculate the potential energy at that point and then use conservation of energy to find the spring potential energy at the bottom,” Ms. Byrnes said. “From that, they were able to find the spring constant. Rather than telling them how to do it, I have them figure out the procedure. Learning comes not from being told what to do, but more from figuring it out on their own, at least in my opinion.”

While the assignment wasn’t an easy one, the class enjoyed it, so Ms. Byrnes was successful on that front.

“The lab was super fun since we were working together and the toys were so unpredictable in their bounces,” Ms. Proctor said. “It’s not the same with only half the class there and the other half watching from a laptop at home, but we’re making the best of a challenging school year.”

Ms. Byrnes graduated Rutgers University (Cook College and the College of Engineering) with a five year dual Bachelor of Science degree in environmental engineering. She worked as an engineer and received a Professional Engineering license in civil engineering before returning to school for Master of Education degree at Dowling College, which she earned in 2002. She has been working at Huntington High School ever since. She earlier graduated from Roslyn High School.

The physics students left the classroom happy. “This was one of the first in-person labs we were able to do,” Tallulah Pitti said. “It was fun to apply what we learned in class to create our own procedure and conduct the experiment.” 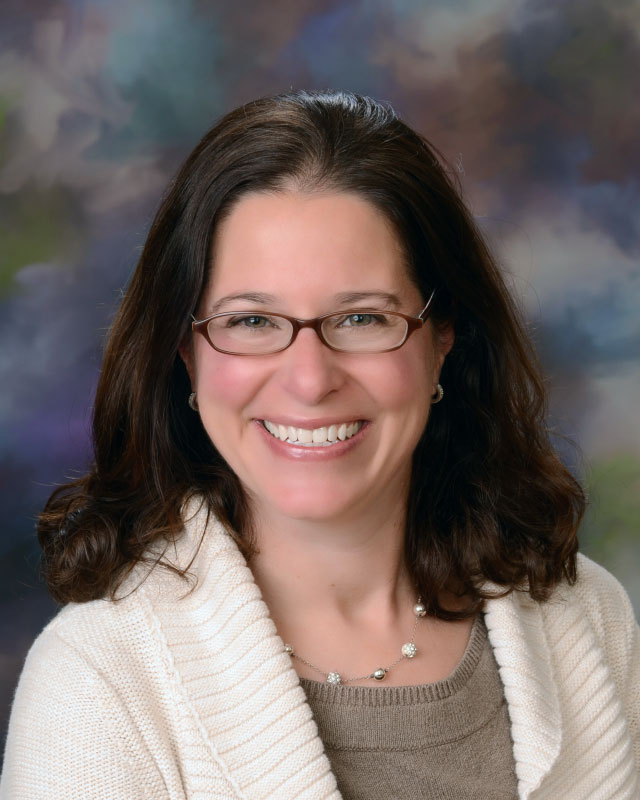 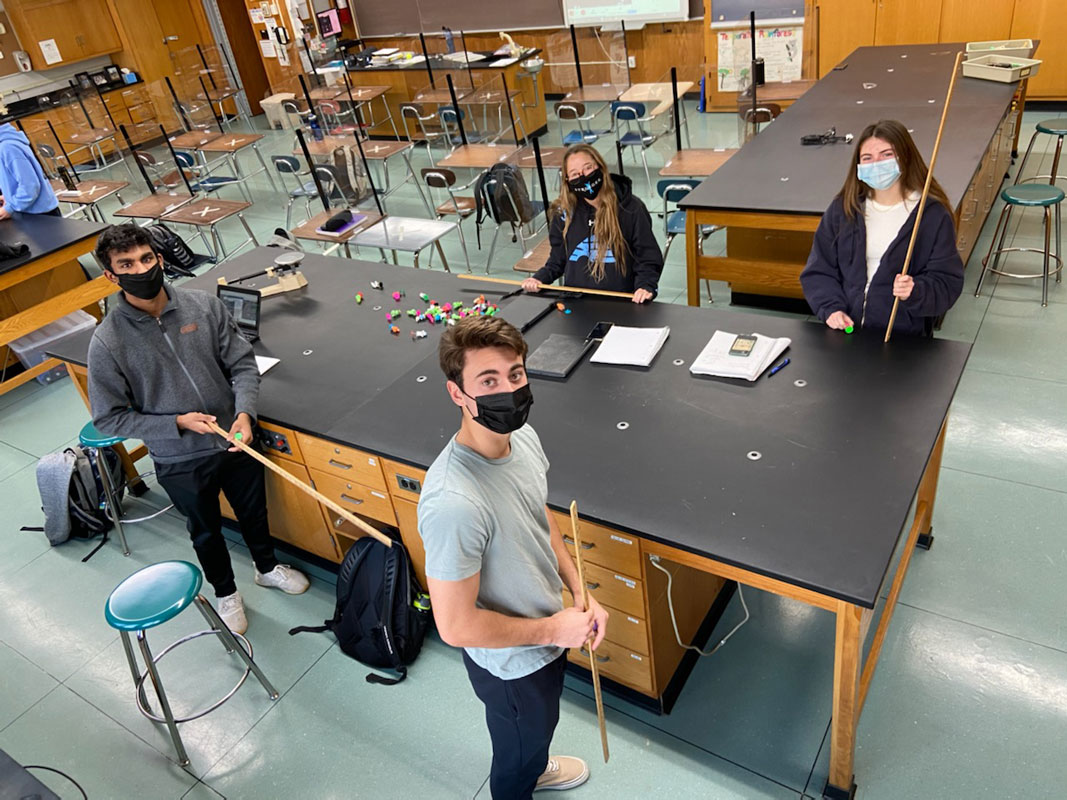