Every great acting performance deserves the cheers of the theater crowd and at least a few bows and there were plenty of both at last weekend’s Huntington High School drama club spring musical.

Three performances over the course of Friday and Saturday drew larger than usual crowds to the high school auditorium. The polished acting and spectacular pit orchestra along with the costumes, sets and lighting helped to create a show and atmosphere that any other high school would find hard to duplicate. 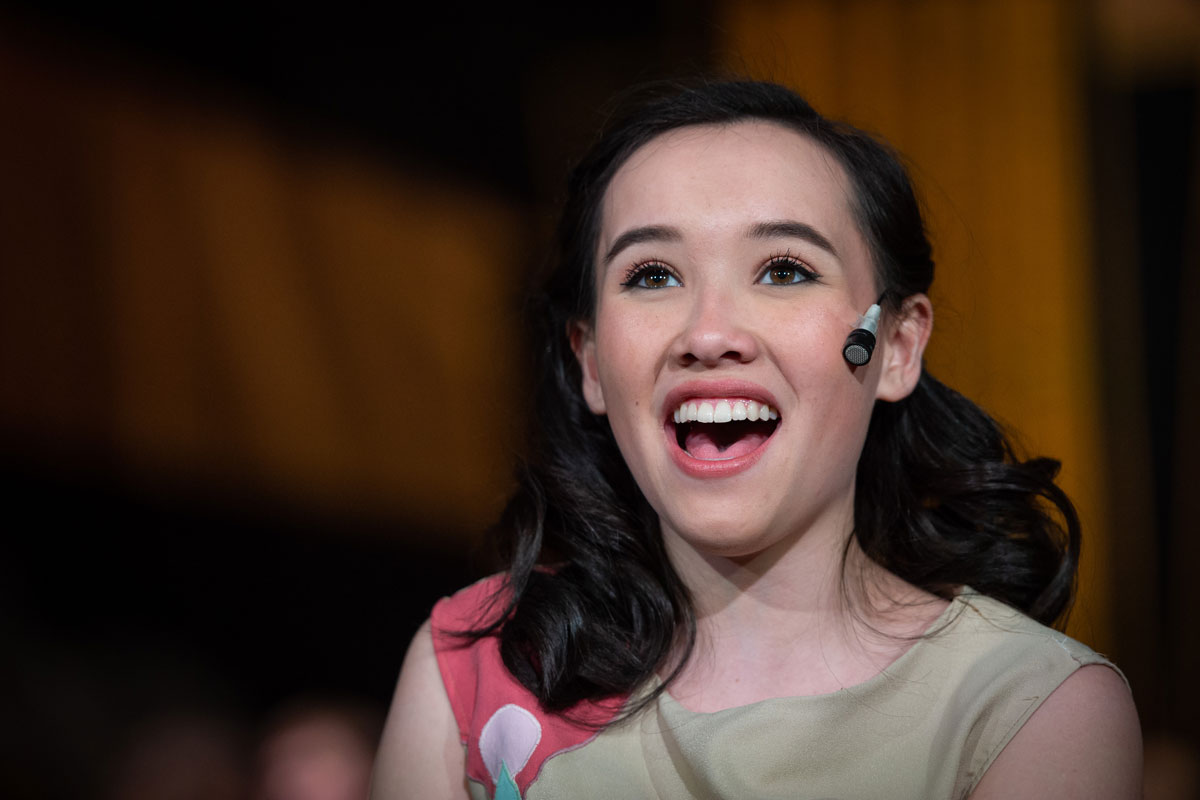 Jenny Low endeared herself to the crowd with a stunning performance. (Darin Reed photo)

“I am very proud to be a part of such a strong and supportive cast, crew and pit,” Ms. Walther said. “It was and amazing experience and as a senior I could not have asked for a better exit.”

Those associated with last weekend’s musical will always remember the experience. The teenagers and their advisors put their full effort into making it a success.

“I am so incredibly proud of my cast for putting on a fantastic production” said Ms. Semelsberger, who played the lead in flawless fashion. “I had such a blast last weekend. Getting to share the stage with such a talented cast, pit and crew was beyond exhilarating. Thank you to everyone who came to see it! I am going to miss this show and the graduating seniors, but I cannot wait for next year!”

“The cast put in endless amounts of work and effort to make the show what it is,” said Ms. Haughwout. “They brought so much energy to each performance and it was clear when they were on stage. I have nothing but immense pride and love for my cast, crew and pit.”

“I wouldn’t trade my experience student directing for anything,” Ms. Haughwout said. “I stepped into the role three years ago and have learned so much. It’s allowed me to work beside Mr. Schwendemann and also work on my own with certain parts of each show. Going into college, I know I’m prepared and ready to continue my career in directing. This drama club is where my passion truly began and I’ll never forget that.”

While the actors were exhausted by Saturday night, they were all exhilarated by their well-received performances. “I thought all three shows went so well and we all worked extremely hard,” Ms. Cahill said. “I couldn’t be more proud of our cast, pit and crew.”

The actors were together for hundreds of hours over the past few months. “This experience brought our cast together in ways we didn’t expect,” Ms. Biernacki said. “I’m so proud of each cast, crew and pit member.”

The actors looked smashing in their costumes and each handled their assigned lines without any flaws.

“This year’s show has been quite an adventure,” Mr. Jean-Gilles said. “The cast, crew and pit all did a fantastic job! I felt that every performance was stronger and stronger. Everyone just feels so passionate about this program and that’s what made the show a success.”

While the stars of the show really sparkled under the bright lights, every member of the cast, orchestra and stage crew played an important role in the overall success of the musical.

“I am beyond proud of the cast, crew and pit orchestra for putting on a spectacular performance this past weekend,” Mr. Lyons said. “Our hard work and dedication shows and I think I can speak on behalf of all of us, that there’s no place we'd rather be. Our love for each other as well as our passion for theater is too great and we have and will continue to always support each other.” 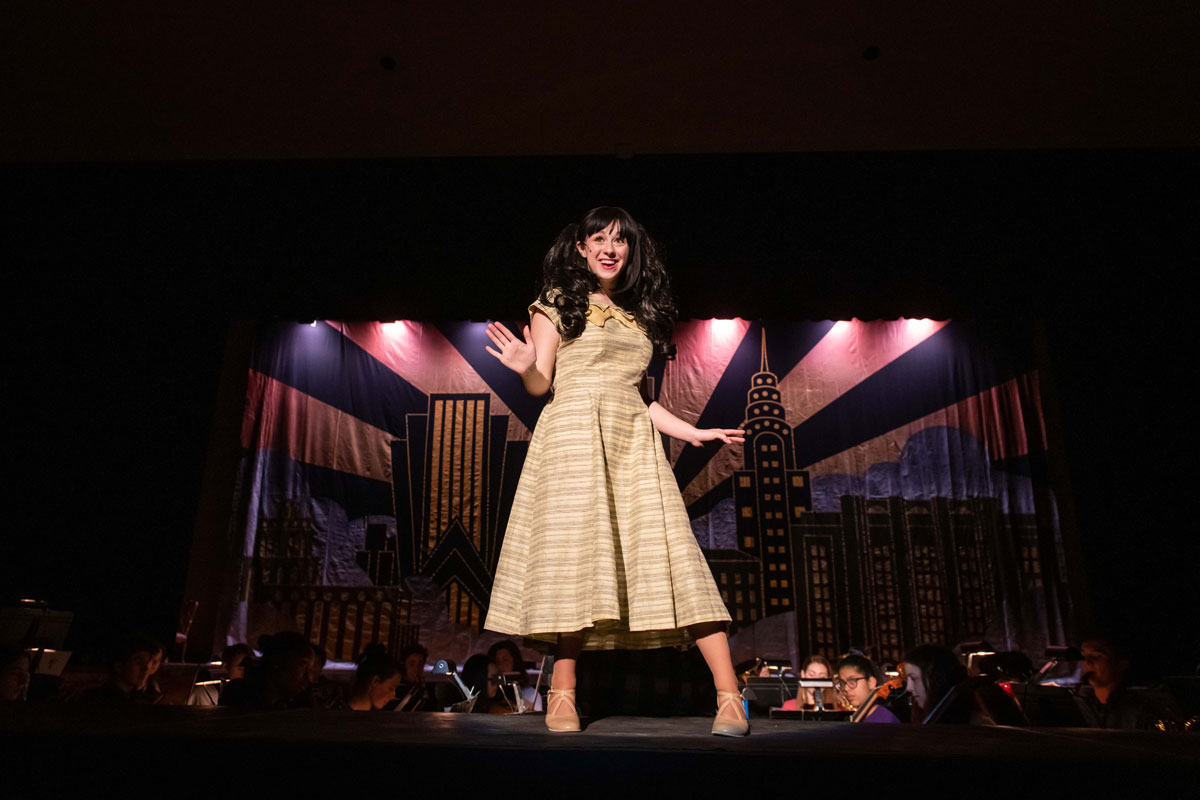 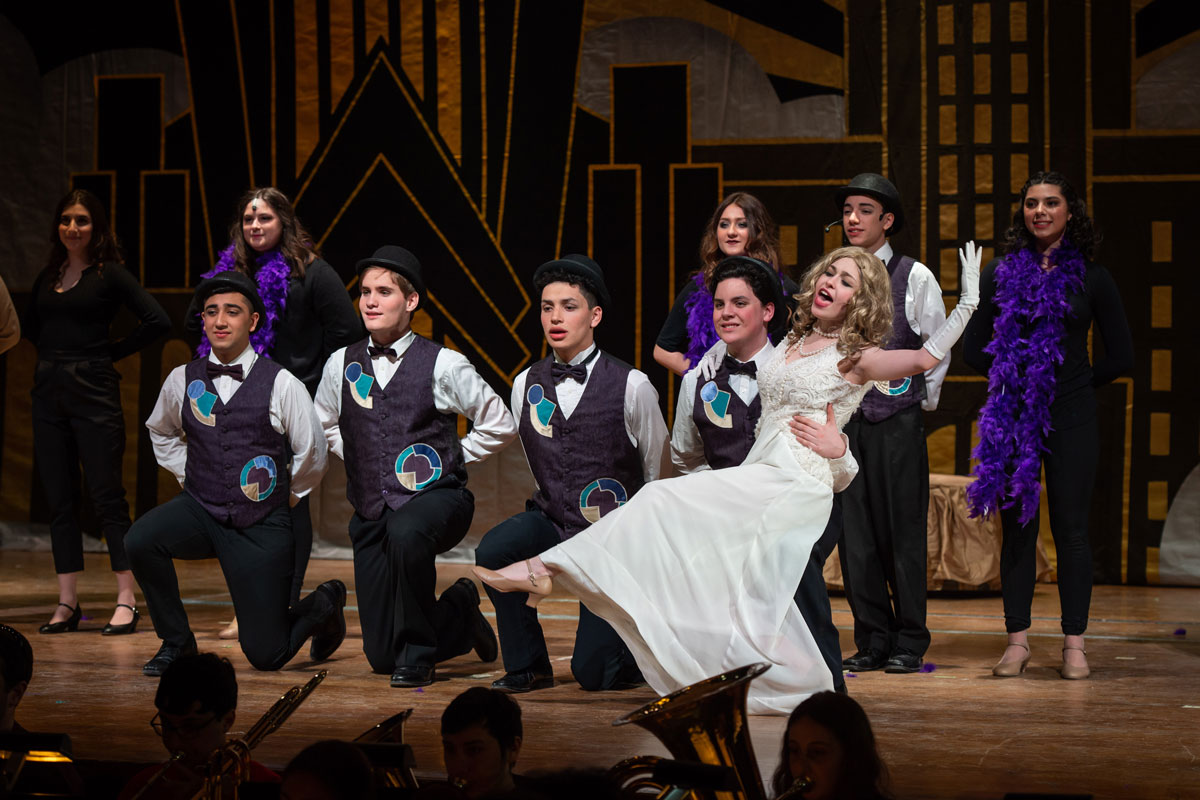 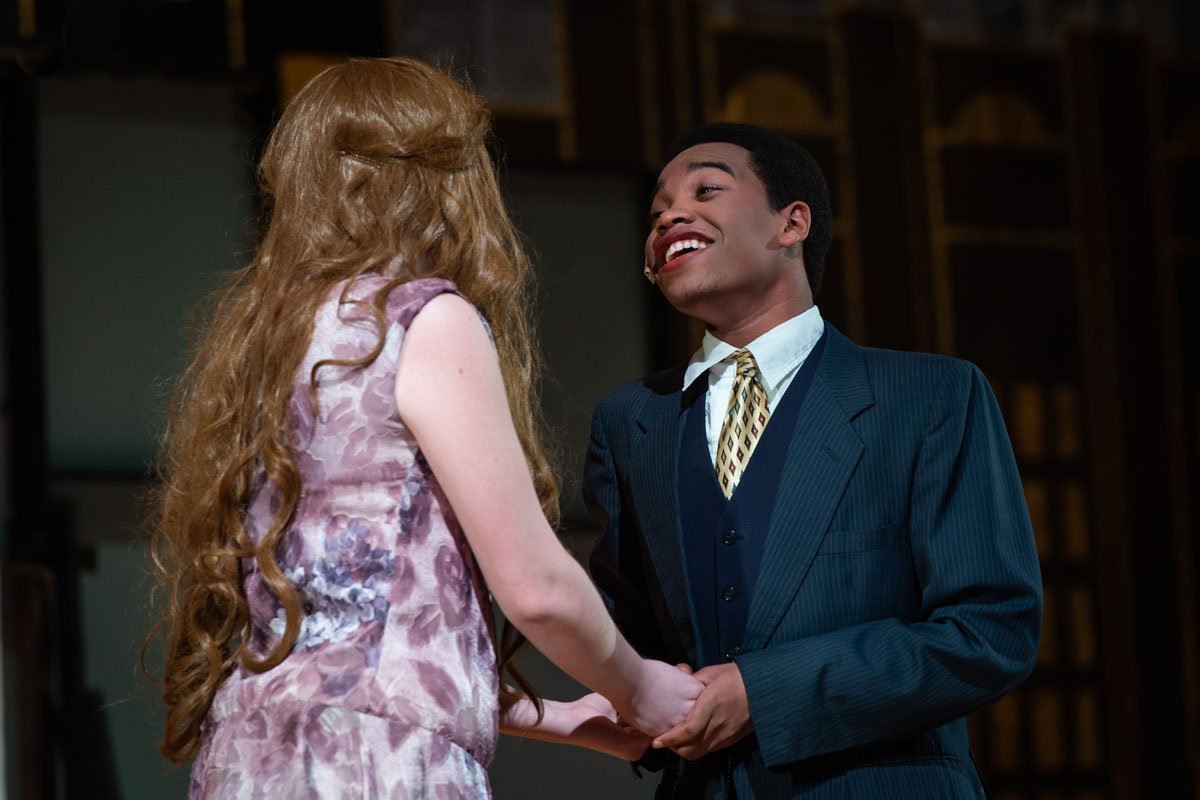